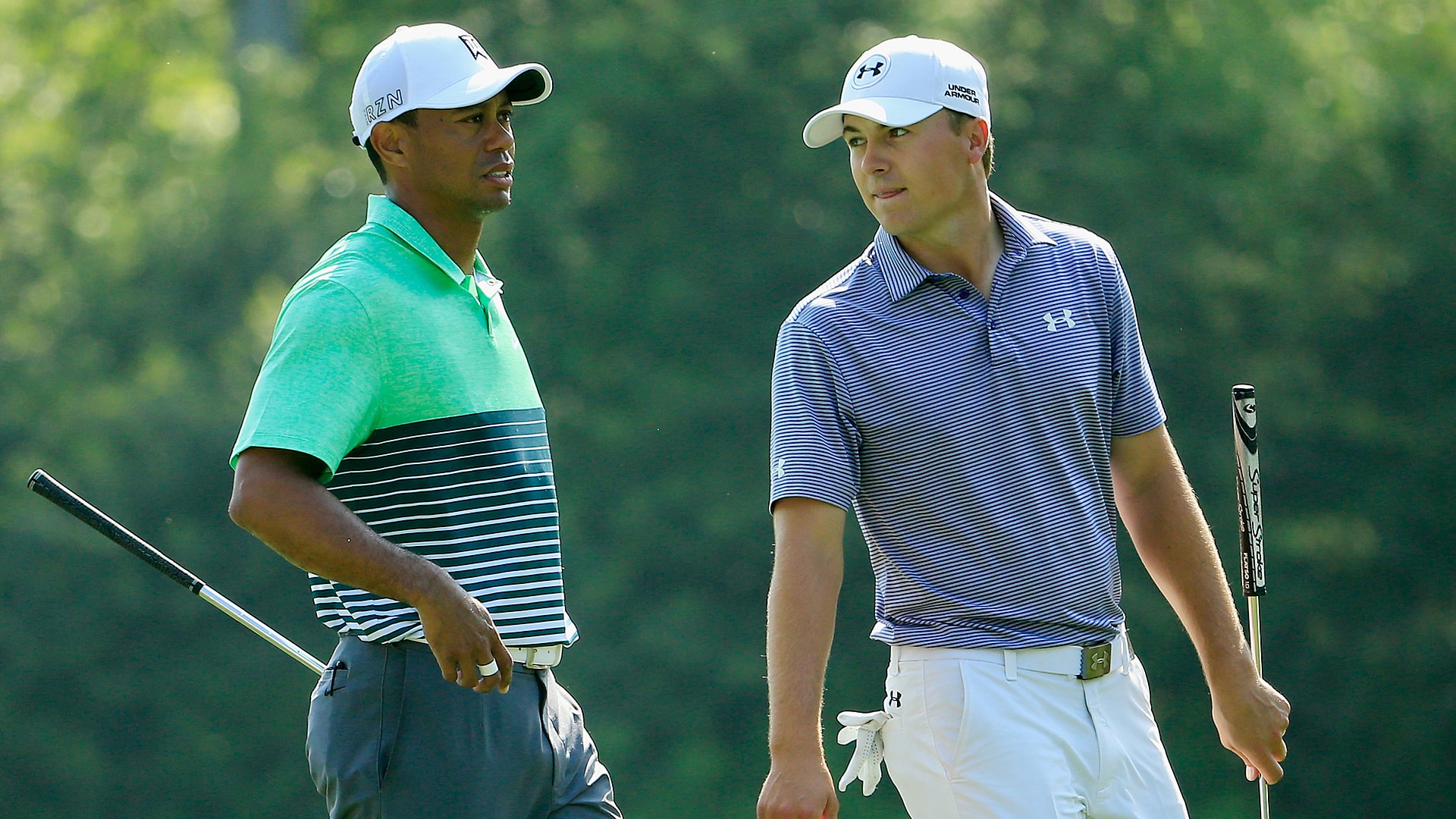 PALM HARBOR, Fla. – For all of Jordan Spieth’s impressive attributes it might have been his attention to detail that helped lift him to his first Masters title last year.

Spieth explained on Wednesday at the Valspar Championship that it was during a practice round last year at Augusta National with Tiger Woods, who he jokingly called an “uninvited guest” in a group that originally included the world No. 1 and Ben Crenshaw, that he picked up a tidbit on the 16th hole that turned out to be crucial.

“I was walking off the green in the practice round on Wednesday with Ben [Crenshaw] and Tiger and I turned around and kind of looked at it from a different angle and I saw Tiger hitting these putts from the back left part of the green towards what would be the Sunday pin,” Spieth said.

“I remember just watching that putt and noticing how much it broke and it kind of threw me off. I watched him hit quite a few of them. He obviously knew that was a tricky putt and sure enough I ended up having a very similar putt, maybe a slightly different angle, for par to really clinch the Masters.”

Spieth two-putted for par on Sunday at the 16th hole to maintain his advantage over Justin Rose.

“I felt like that really sealed the deal,” Spieth said. “That was a chance for Justin Rose to possibly snag a two-shot swing and after he missed his [birdie] putt I could make mine [par putt] and stay up four with two to play and that's pretty much in the bag.”