If not for one hole, Spieth would be co-leading 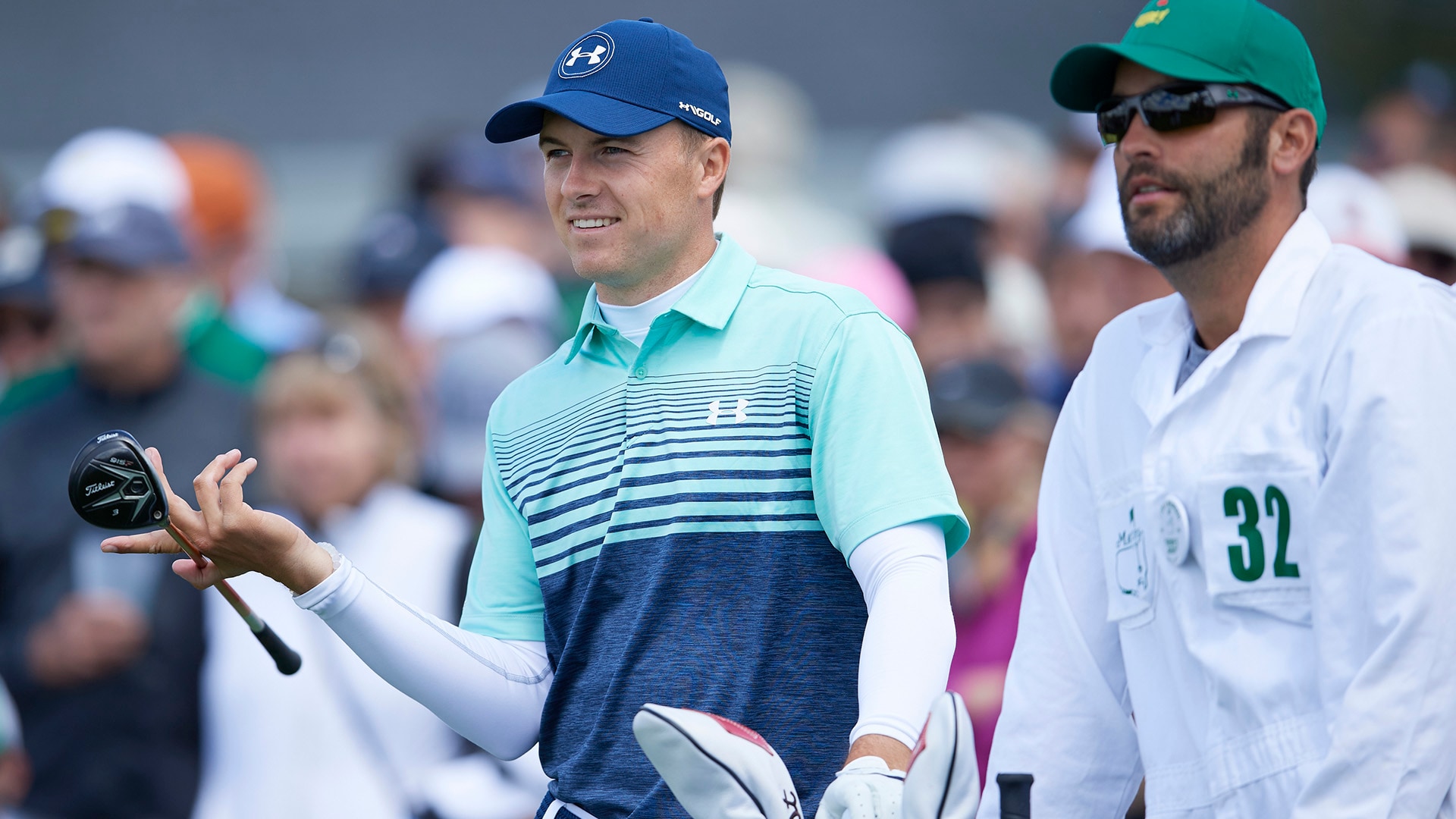 In his first start at Augusta National as a professional, Woods limped out to a front-nine 40 on Thursday that included four bogeys and not a single birdie.

That he went on to win that year’s Masters by 12 strokes is now part of major championship lore, and however this week plays out for Jordan Spieth he’s probably not going to be able to rival that accomplishment – but he’s trying.

For Spieth, it wasn’t nine holes that put him four strokes on the wrong side of par, it was a single hole, the par-5 15th that featured a poor choice, some poor timing and three poor putts that added up to a quadruple bogey-9.

The miscue, which Spieth explained was caused by a bad decision to go at the pin with his third shot despite swirling winds that were gusting to 40 mph, dropped the 23-year-old to 4 over par and put a serious dent into any potential title hopes.

But after a similarly tough start on Friday that included two bogeys through his first four holes, Spieth rallied with a closing nine of 33 that included a 13-footer at the 18th hole to move to even par for the week and just four strokes off the lead.

“Dramatically,” Spieth said when asked if his outlook for the rest of the week had improved since Thursday. “I'm very pleased with the second round of this Masters and we're in a position now where we can go out there and win. So, that right there just kind of gives me chills, because after yesterday I was really disappointed in being 10 shots off the lead.”

Spieth’s turnaround is even more impressive considering how difficult it was to move past his poor decision on the 15th hole on Day 1. A bad swing, that happens, but not picking the correct play is something the normally meticulous Spieth has serious issues with.

“It's definitely harder to get over a club selection than it is a bad swing,” he said. “Bad swings happen and you practice for the bad swings not to happen, but the club choices, it's definitely very difficult out here all the time, let alone when it's windy, but that's definitely tougher to get over, because I put a good swing on it and I did kind of did my part.”

Although he avoided any similarly costly mistakes on Friday, there were some tense moments for Spieth on another wind-whipped day. At the 13th hole he backed away from his second shot when his golf ball appeared to oscillate in the rough.

He called in caddie Michael Greller, who assured Spieth his ball didn’t move, and had officials check the footage, who also confirmed the ball hadn’t moved.

Spieth birdied No. 13 despite the distraction to begin his run and put himself back in contention at an event where he’s never finished outside the top 2.

“Those last couple putts, I had confidence in them, put really nice strokes on them and I finally got them to go,” he said. “I hit all nine greens on the back nine and had three birdies and one of them was a 2‑putt. They were getting close and then finally I saw the one go in on [No.] 16.”

Spieth still has 36 holes to play and Woods’ rally in 1997 may never be eclipsed in terms of Grand Slam tenacity, but he does have the chance to make some history of his own and become the first player to win the Masters with a “9” on his card.