Poulter goes from lost card to contending at Players 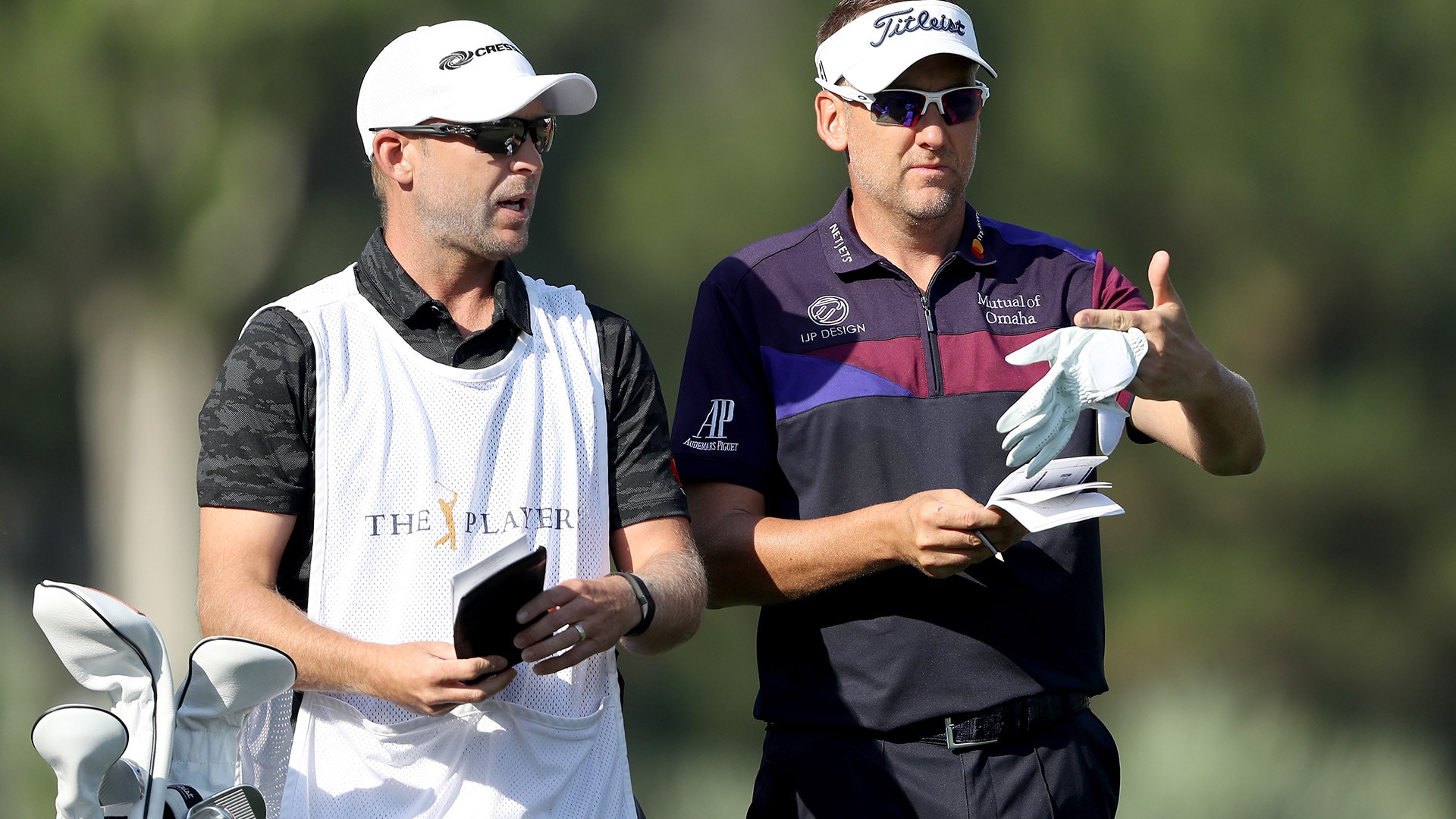 PONTE VEDRA BEACH, Fla. – Three weeks ago, Ian Poulter thought he was out of a PGA Tour card. Now he enters the third round of The Players Championship firmly in contention.

It’s a remarkable turnaround, and one that was sparked when Brian Gay’s wife, Kimberly, took a closer look at the PGA Tour guidelines regarding major medical extensions. Gay missed time during the 2015-16 season, but the Tour re-calculated its FedEx Cup point distribution by the time he got back out on the course last fall.

Gay would have satisfied his extension under the old point distribution, and when that fact was pointed out to the Tour, he was given a full card for this season along with a spot in this week’s event. The same situation applied to Poulter, who had thought that a missed cut at the Valero Texas Open left him about $30,000 short of a card.

Instead, he now has full status this season and has put his spot at TPC Sawgrass to use, shooting rounds of 72-67 to enter the third round in a tie for fifth.

“It’s obviously a result,” Poulter said. “I thought I wasn’t in here, and obviously Brian managed to realize that the points were being calculated on the wrong year. So yes, it’s a bonus.”

Poulter’s second round included just one bogey and was highlighted by an eagle on the par-5 16th. The Englishman was a runner-up at this event in 2009 and relishes the opportunity to contend this weekend that he didn’t expect to have when he walked off the course last month in San Antonio.

“I know where I’m going to be playing golf, and obviously it takes a little bit of pressure off to go out and enjoy some golf," he said. “I’ve done that the last couple of days and took a couple opportunities with a couple of putts today, and I feel that my game’s in great shape. So I can just go out and enjoy my golf.”