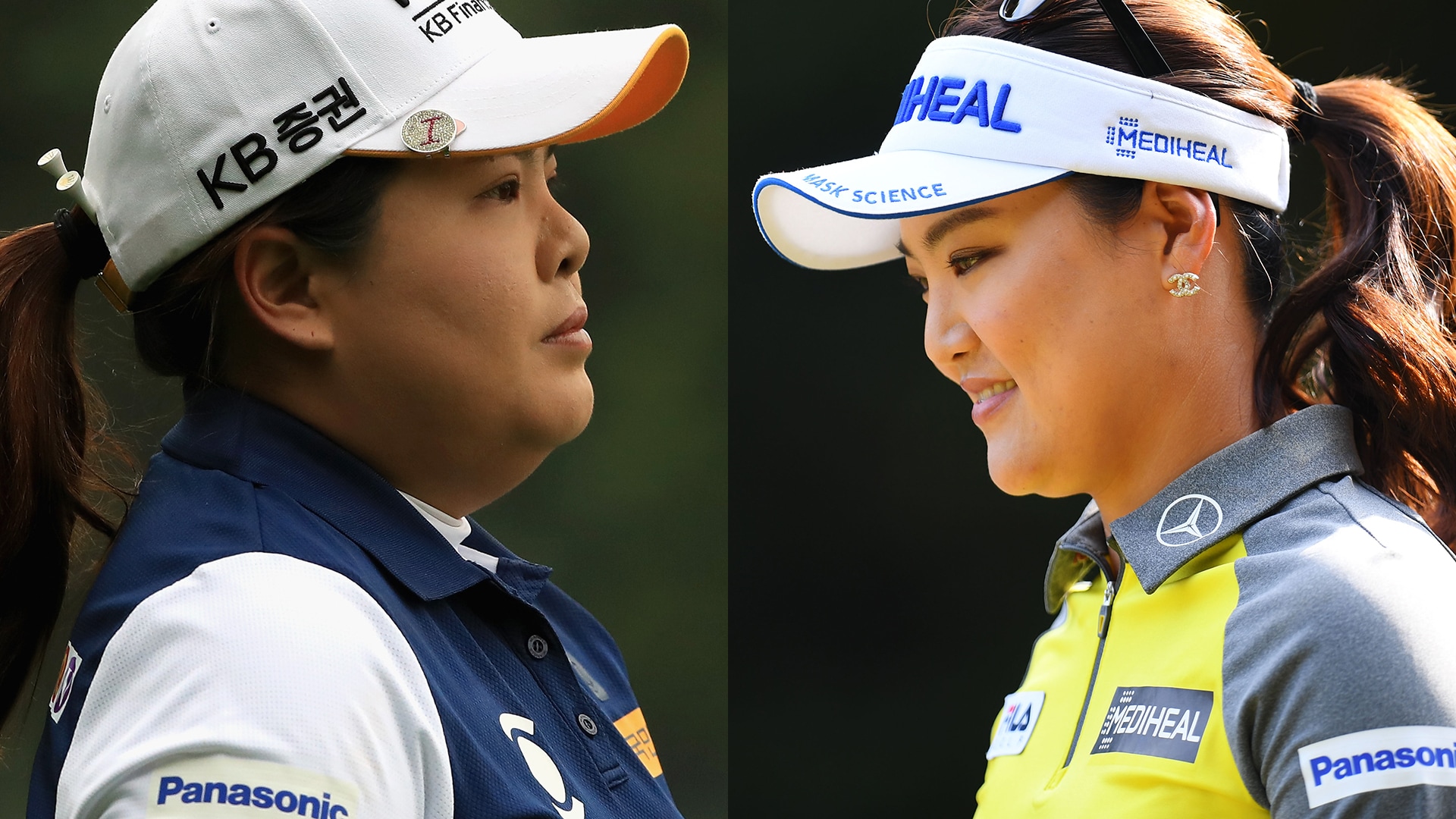 The Korean LPGA Tour took down the dynamic duo of Inbee Park and So Yeon Ryu on its way to taking command of the ING Life Champions Trophy Saturday in Gyeongju, South Korea.

The KLPGA Tour’s Ji Young Kim and Min Sung Kim upset Park and Ryu, 2 and 1, in the foursomes segment of the international team event. The KLPGA Tour won four of six foursomes matches against the South Korean team from the American-based LPGA and halved another.

The KLPGA Tour will go into Sunday singles with a 7-5 lead on the Korean LPGA team.

The singles showdowns will be highlighted by the LPGA’s In Gee Chun vs. the KLPGA Tour’s Ha Na Jang. They found themselves pitted against each other in a battle last year to make the Korean Olympic team, which intensified when Jang’s father lost control of a piece of luggage that went crashing down an escalator at the airport in Singapore, striking Chun in the lower back and knocking her out of the HSBC Champions and two other tournaments early in 2016.

Chun and Jang were paired together for the first time since the incident at the KPMG Women’s PGA Championship at Sahalee last year. They made peace there. Jang was making a return to the LPGA in Sahalee after taking time off because of illness.

“To be honest, it was not easy to face her again at the tournament site,” Chun told GolfChannel.com in Sahalee. “But it was nice to see her back, at the same time. Things can happen. Things got screwed up, but like I said before, what’s done is done. We are cool now.”

Eight of the top 20 players in the Rolex Women’s World Rankings are competing in the ING Champions Trophy, which is hosted by Inbee Park.