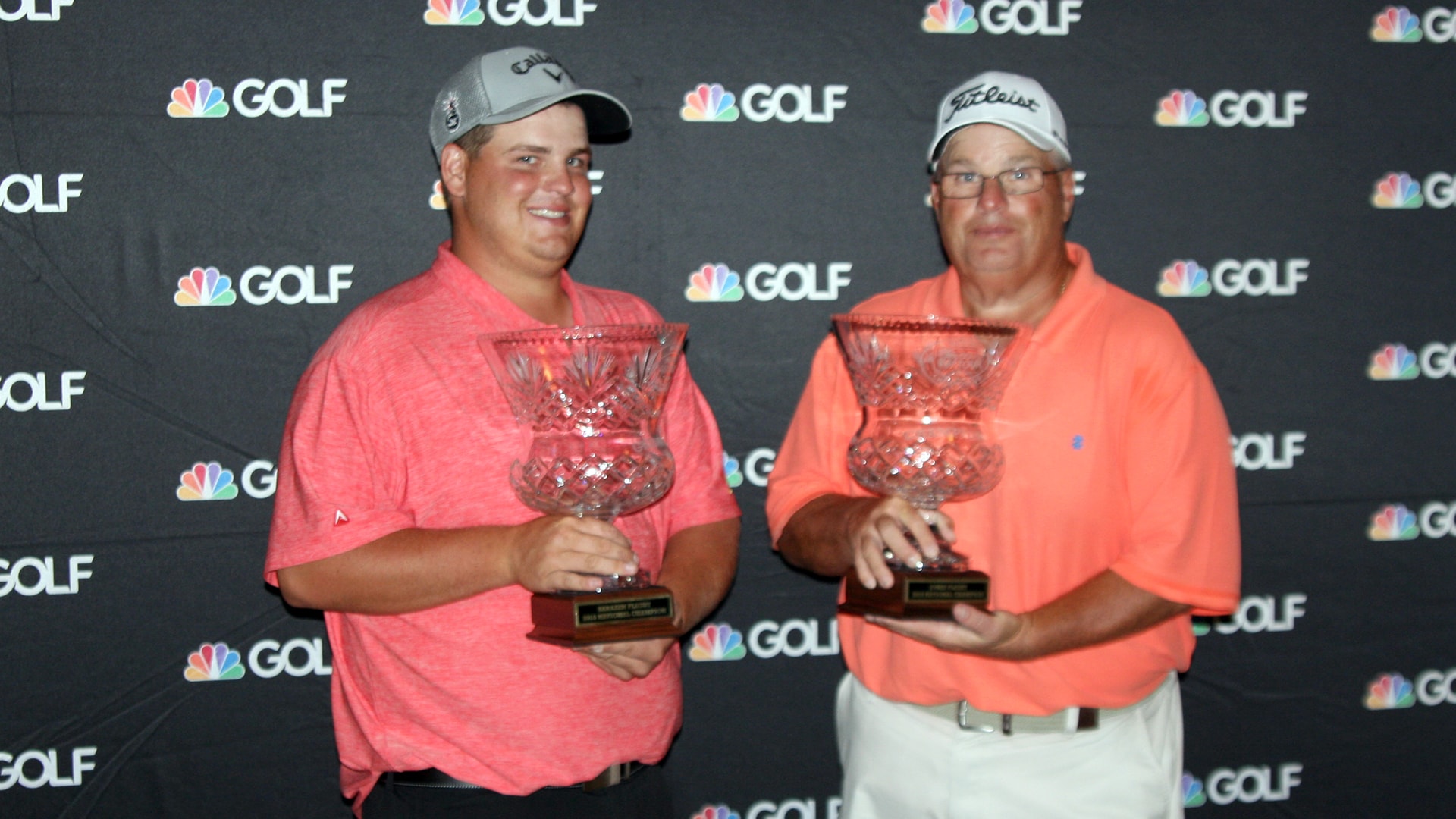 PALM HARBOR, Fla. -- It was a storybook ending for both Rick Burton and his son John at this year's Golf Channel Am Tour National Championships at Innisbrook Resort.

For dad, it was the pursuit of a repeat, while for the son it was all about redemption.

All told, the two can point to a neat piece of history for years to come: the first father-son duo to win Nationals the same year. And for Rick, the first time a player won nationals twice in a row having moved up a flight year-to-year.

We told the story last year of John Burton's tough ending to nationals. In contention in the Sarazen flight, he was disqualified for a scorecard mishap after the third round, and was left to watch his father win his flight.

This season, John was on a mission, but it took him some time to find his groove.

"I had a rough start to the year," he said. "But at the end of the year I had a few lessons and got it taken care of and peaked at the right time."

John played steady enough to make his way back to Nationals, thanks to five local event wins on the season. This time, he made it to the first tee of his flight's final pairing in the final round - where he should have been last year.

To say he relished the opportunity would be an understatement: he birdied the first two holes.

He would be tested on the backside, eventually seeing his lead dwindle down to one. But he wasn't to be denied, and won by two shots over Ross Gonzales from Hockley, Texas. Burton's 78 was good enough for co-medalist honors on the day with third-place finisher Dennis Ryker.

"Coming back this year -- knowing I had a chance in 2015 --and getting it done made it that much better," said John.

Meanwhile, his father Rick, moved up to the Jones flight after winning the Snead championship by 16 shots, chose to compete once against the pups in order to be here the same week rather than compete the following week in the Senior National Championship.

"They hit it 40 yards by me," said Rick of his younger competition in the Jones flight. "You just have to learn to get the short game better."

But, bombers take note: you don't have to hit it a mile to score. In the Jones flight, where golfers can be prone to high numbers, Rick used a steady diet of short game and putting to stun his new flight with a 12-shot victory.

Rick credits a practice regimen heavy on the range - often four times a week - as well as trips to the course to work on approach shots, for his ability to improve so quickly. John has taken notice of his father's improvement.

"He's getting better at hitting it straight," said John. "He hits greens, and once he gets on a course that fits his distance, he's a very good player."

From Rick's perspective, he now has a new, but equal reason to be proud of his boy.

"[What happened in 2015] made him more determined this year," said Rick. "I was very proud to be his dad last year, and he handled this win very well."

Next year, Rick will move up another flight to the Sarazen (12.0-15.9), but he concedes he'll likely compete in the Senior Nationals. But first, the Burtons plan to take their talents to Am Tour's famed team competition in Las Vegas: The Duel in the Desert at Las Vegas Paiute. 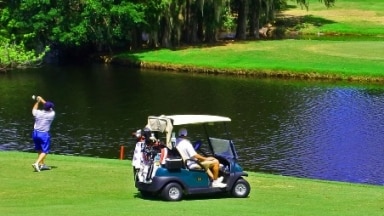 Am Tour: National Senior competitors in it for the long haul

The Am Tour Nationals competitors prepare for a rare chance to play four competitive rounds in four days. 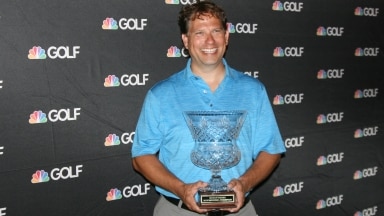 Peter Goulish won the Hogan flight (8.0-11.9) with a blistering 71 at Fox Hollow Golf Club in the final round to shock the field and win by three shots.