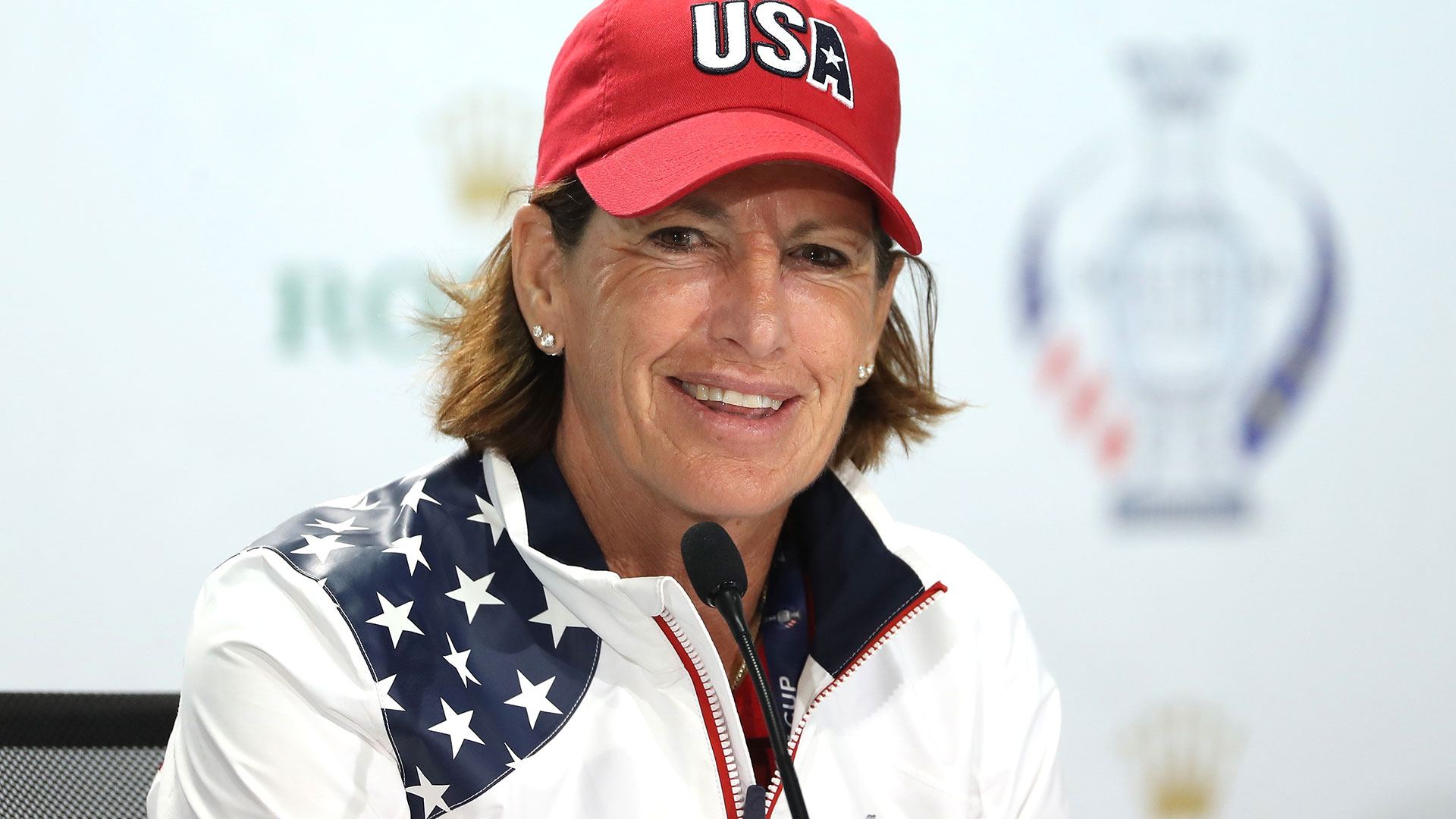 It all worked so well two years ago with the Americans beating Europe in a historic Sunday singles comeback.

After arriving in Germany in 2015, Inkster presented red-, white-and-blue lunch pails to each of her players as gifts.

This year, she presented them white hard hats decorated with American flags and stamped with their names.

“I gave them a hard helmet to go with their lunch pail,” Inkster said. “It was pretty cool. I gave it to them last night, and they were all wearing it. It's good.”

Inkster also laid out her pods. All the pairings will come from within the pods.

“They call themselves that,” Inkster said. “I don’t call them that.”

Inkster used personality tests to set up the pods two years ago.