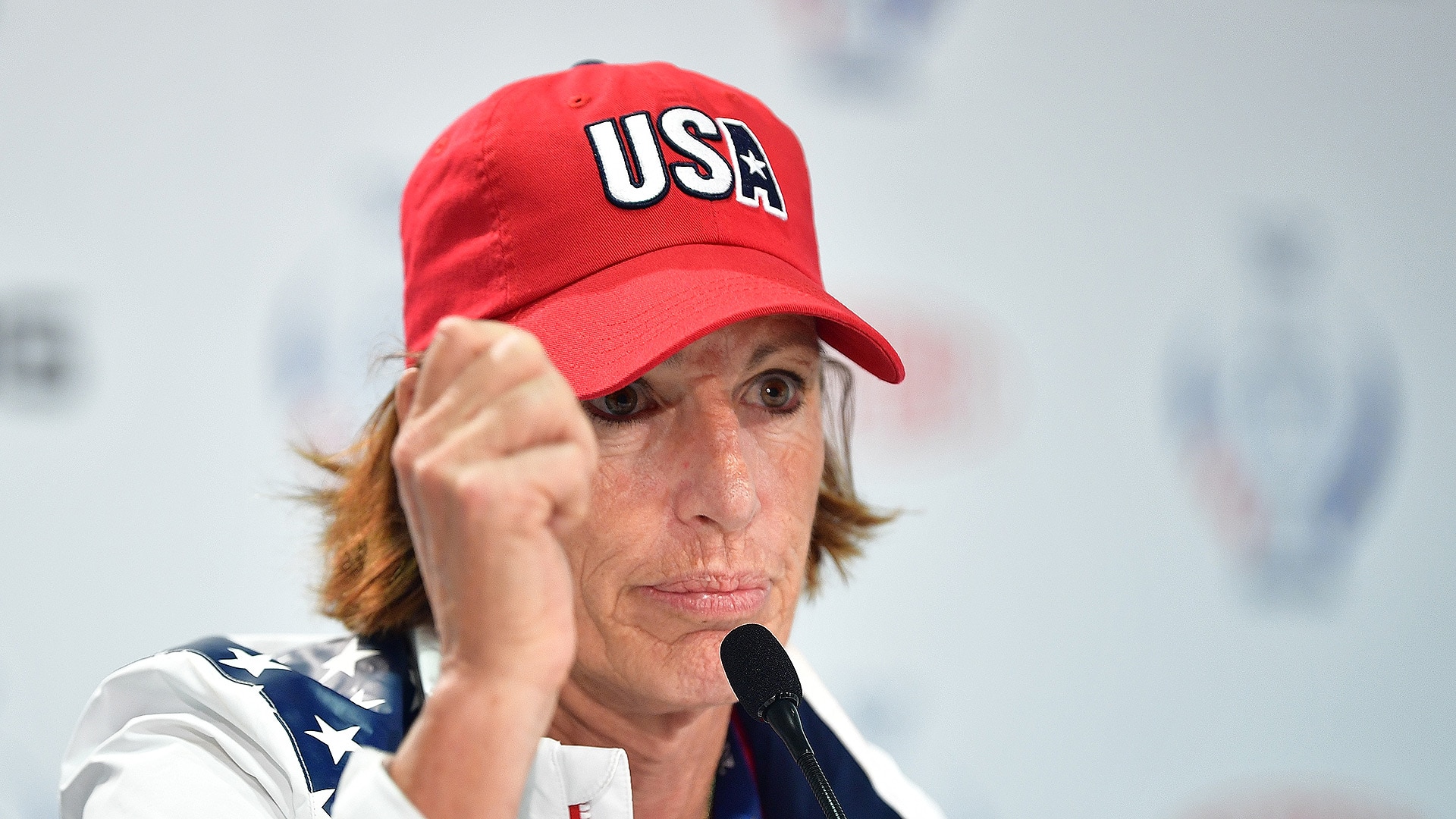 American players got reminders from rules officials Tuesday about how conceded putts work, and Inkster was taking her own measures to assure there isn’t another debacle over a concession, or the lack of a concession.

On every one of the foursomes or fourball teams Inkster sends out, she will designate one of her players to be responsible for conceding putts.

“That’s kind of the way I’ve done it with my team,” Inkster said. “One person takes control of giving the putts. That way, we don’t really have any controversy.’

Two years ago, American Alison Lee was penalized for scooping up her ball after thinking she heard the Europeans give her an 18-inch putt on the 17th green at the end of fourballs. Europe’s Suzann Pettersen was excoriated for insisting there was no concession, which set off a volatile debate that pitted the Rules of Golf against sportsmanship. The controversy appeared to rally the Americans, fueling a historic American comeback in singles.

European captain Annika Sorenstam is expected to be asked about concessions when she meets the media Wednesday.

Europe’s Mel Reid was asked about it Tuesday.

“And so I don't think people will be picking up 18-inch putts anymore, that's for sure. But I think they're obviously going to mention it again in the rules meeting when we have that, I think tomorrow. Just be very clear about giving putts, and making sure it doesn't happen again.”