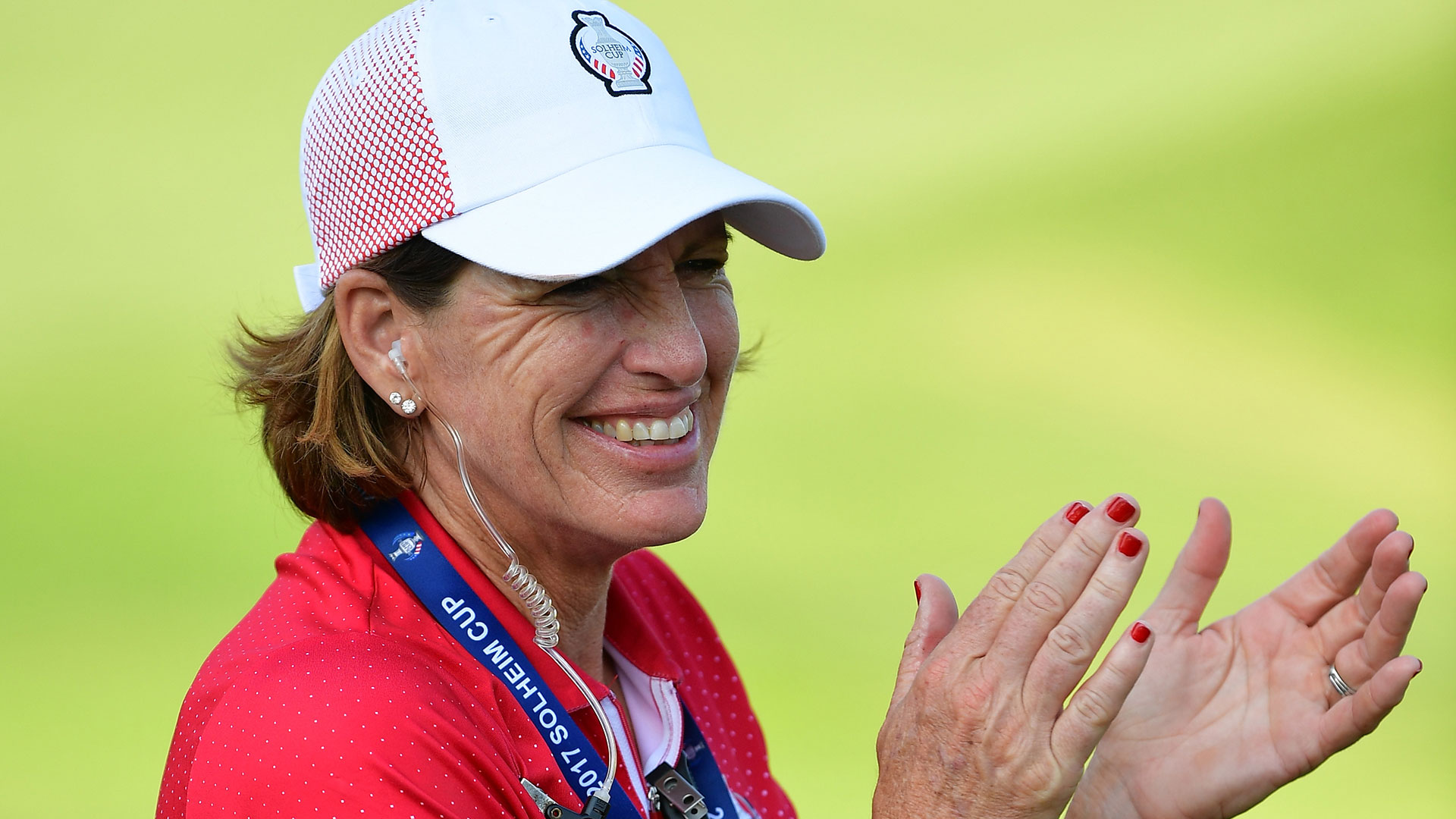 WEST DES MOINES, Iowa – The U.S. Solheim Cup team loves its captain. They rallied for Juli Inkster late on Sunday two years ago in Germany. On Friday afternoon, they rallied for her again after losing the morning session by a point.

Inkster may be unconventional, but the American team is smitten with everything she does.

Bruno Mars’ “Chunky” is her “go-to song,” and she’s not afraid to admit that she likes Justin Bieber, which was evident by her singing his song “Sorry” on the first tee and dancing to “Despacito.”

When matches get tight, though, she wants to be alone, which is difficult to do with 25,000 of her closest friends around.

A funny moment happened Friday, as Inkster actually fired up her team when she really didn’t mean to.

Earlier in the week, she was blunt in saying that while poring over stats in preparation for these matches, she found that the U.S. typically “sucks” in both the foursomes and fourball formats.

“Brittany Lang comes up to me after she won today, and I said, ‘Way to go B-Lang. That was great. You got your captain a point,’” Inkster said. “She goes, ‘Yeah, you inspired me when you said we both suck equally at best-ball and alternate shot.’

“You look at our past history, we’re not very good," Inkster added, "but today we were amazing, even though we lost in the morning. We still played very well.”