Jack: 'Arnold put the Masters on the map' 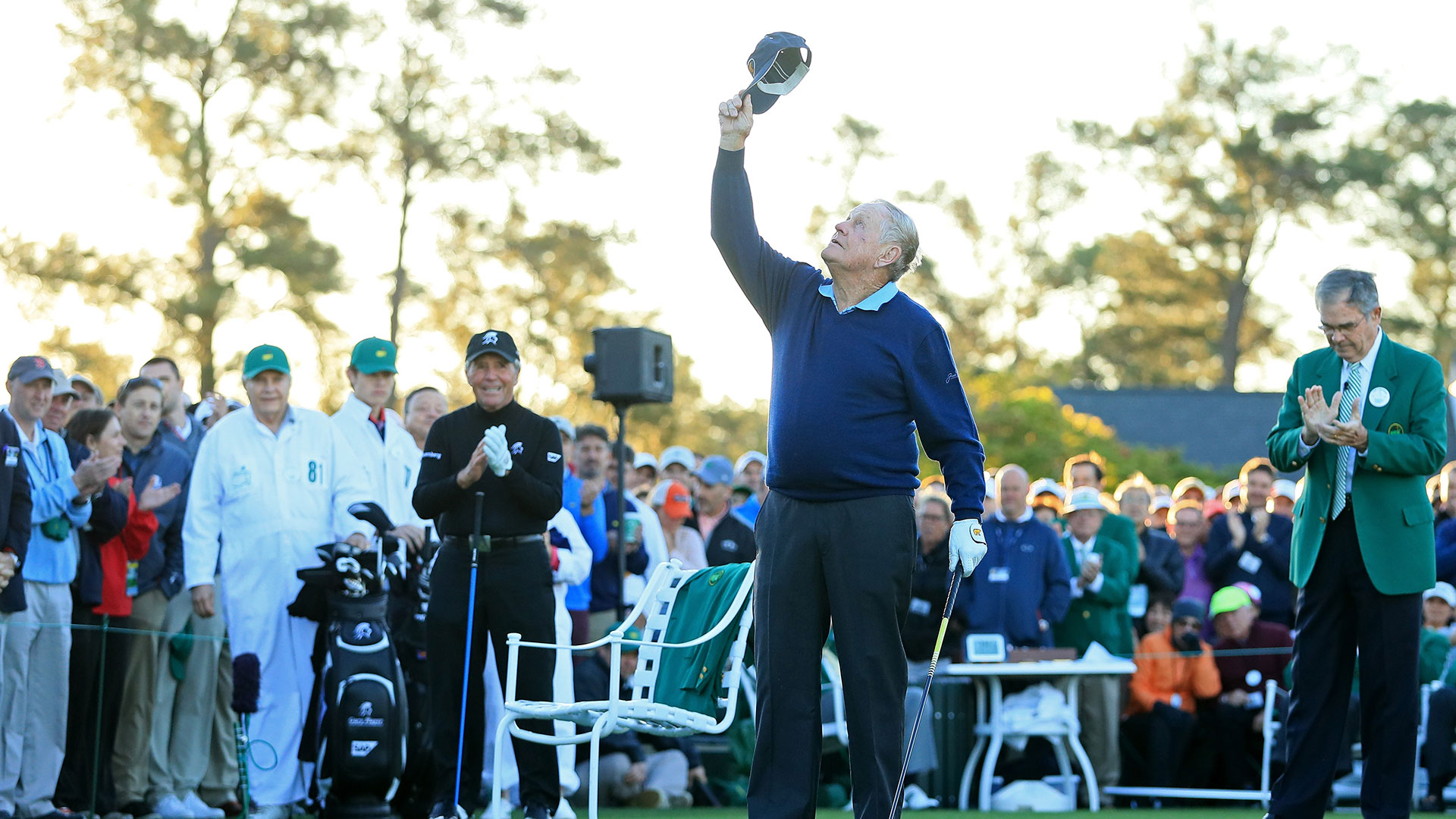 Nicklaus and Gary Player were asked what Arnold Palmer would have thought of Augusta National's handing those out to the patrons Thursday as they entered the Masters.

“He would have dropped over if he had seen one on Gary and me,” Nicklaus cracked in the media center shortly after they hit the ceremonial first tee shots.

Nicklaus and Player kept the spirit of their relationship with Palmer alive during and after they hit their ceremonial shots, sharing Palmer stories with reporters. In this first Masters since Palmer’s death, they recounted how they loved to tease each other, and how much fun they had when they weren’t trying to beat each other.

Player said laughter was a tonic in their relationship. As “The Big Three,” they competed hard but also forged meaningful friendships. Augusta National was part of their bond as winners of green jackets.

“I know that Gary and Arnold and I were all competitive. None of us wanted to lose. We all wanted to win. We wanted to beat each other's brains out, but we knew once the day of golf was over, that it was time to go be civil again and be friends, have fun, enjoy time, spend time with our wives.”

Nicklaus won more Masters (6) than Palmer (4) or Player (3), but he said Palmer’s relationship with the Masters was more defining.

“The Masters made Arnold in many ways, because of his wins in '58, '60, '62, and '64,” Nicklaus said. “But the other way around, I think Arnold made the Masters. Arnold put the Masters on the map, and with his rise and his popularity, the Masters rose the same. I think they were both very good for each other and very synonymous with each other.”