Jack: Henrik v. Phil better than Duel in the Sun 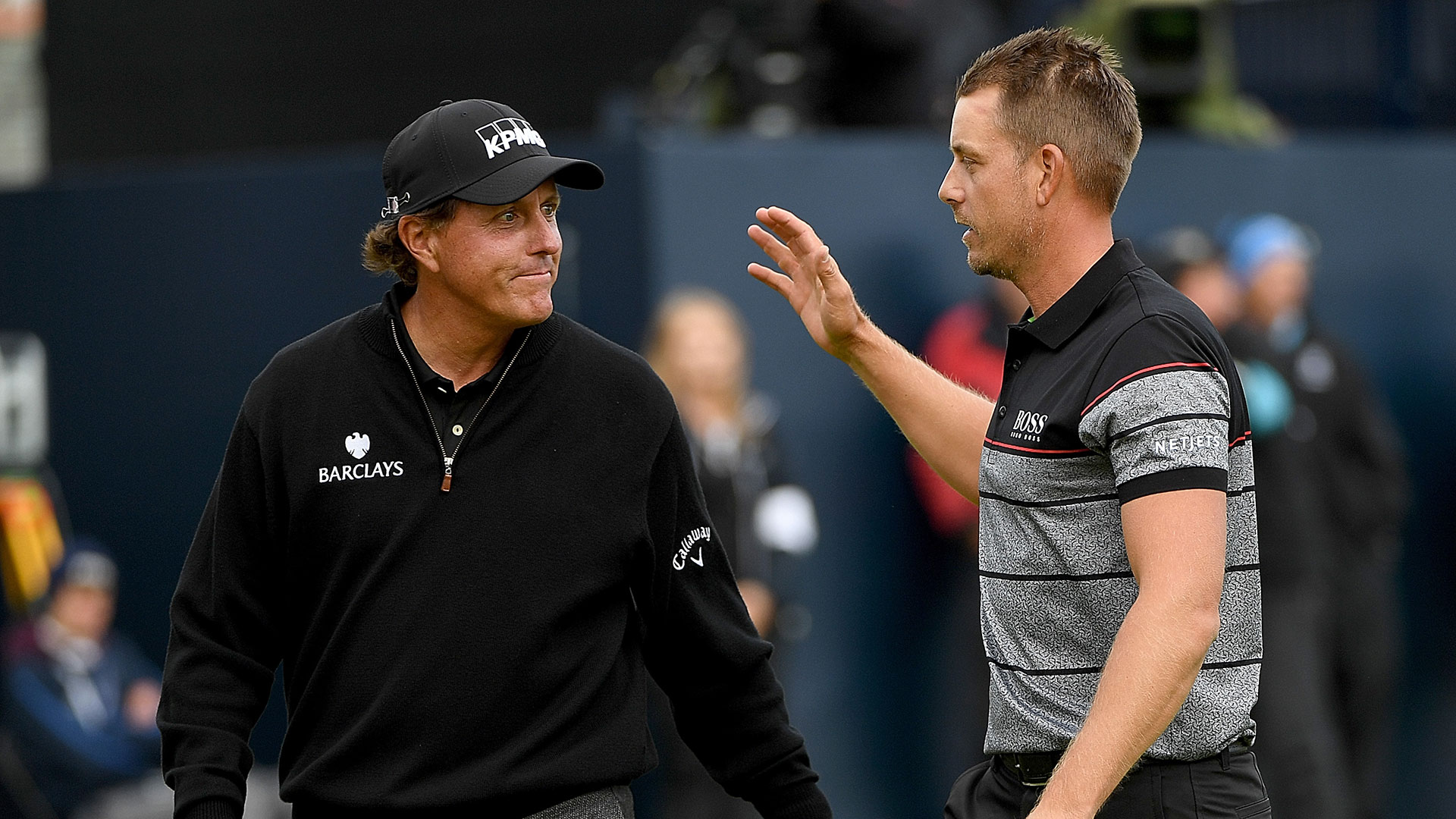 Henrik Stenson and Phil Mickelson's stellar play Sunday at The Open drew immediate comparisons to 1977's famed Duel in the Sun between Jack Nicklaus and Tom Watson at Turnberry.

In the video above, Golf Channel's Brandel Chamblee notes that if the Duel in the Sun was golf's version of The Godfather, then Sunday's final round at Royal Troon was Godfather II.

When asked about Nicklaus vs. Watson in the interview room after his round, Mickelson admitted that he had thought about the comparison, although he would have preferred to have been the Tom (the winner), not the Jack (the runner-up).

After watching the final round and reflecting on it, Nicklaus himself weighed in on Twitter, calling the show Stenson and Mickelson put on "even better" than his own duel with Watson.

I was fortunate to watch every second of today’s final round of the Open Championship, and I thought it was fantastic. Phil Mickelson played one of the best rounds I have ever seen played in the Open and Henrik Stenson just played better—he played one of the greatest rounds I have ever seen. Phil certainly has nothing to be ashamed of because he played wonderfully. Henrik played well from beginning to end. He drove the ball well; his iron game was great; his short game was wonderful; and his putting was great. Henrik was simply terrific. To win your first major championship is something special in and of itself, but to do it in the fashion Henrik did it in, makes for something very special and incredibly memorable. I'm proud of and happy for Henrik. Some in the media have already tried to compare today’s final round to 1977 at Turnberry, with Tom Watson and me in what they called the “duel in the sun.” I thought we played great and had a wonderful match. On that day, Tom got me, 65-66. Our final round was really good, but theirs was even better. What a great match today.

With the loss, Mickelson recorded his 11th career runner-up in a major, putting him behind only Nicklaus, whose runner-ups (19) actually surpass his record win total (18).