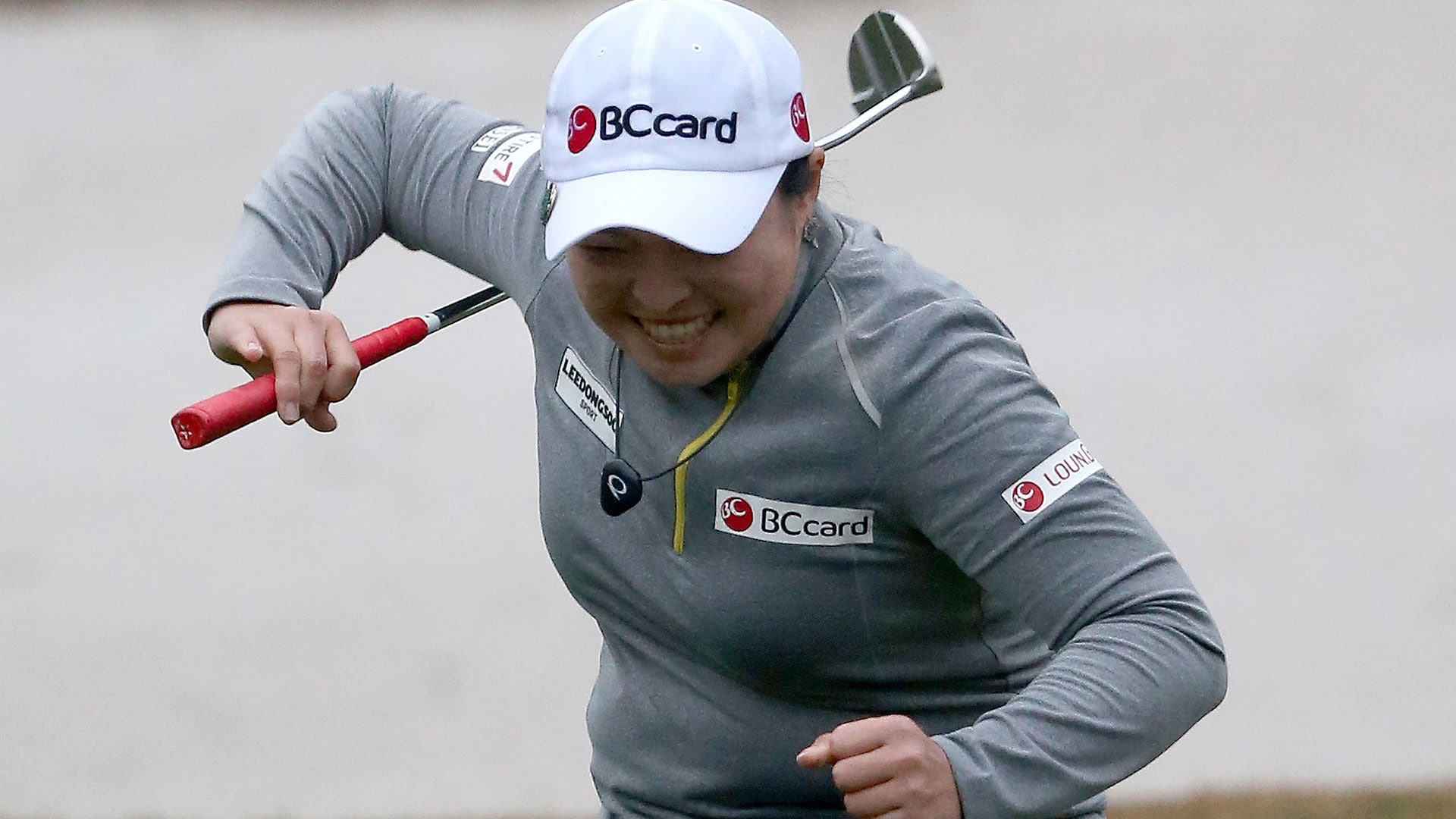 After her final putt fell Saturday at the Coates Golf Championship to seal her first LPGA victory, Jang let loose with what she called a “Samurai Lasso” celebration.

Rodriguez liked to celebrate sinking big putts with his “sheathing the sword” routine.

Jang’s celebration was even more animated.

Jang said she was inspired by Japanese players and a YouTube video of the “Ideal Golf Swing Follow Through” that she saw two weeks ago.

“So I try lasso after my putt,” Jang said. “I think it looks like really fun.”