Jang leads Ko and Co. after delayed Coates Round 2 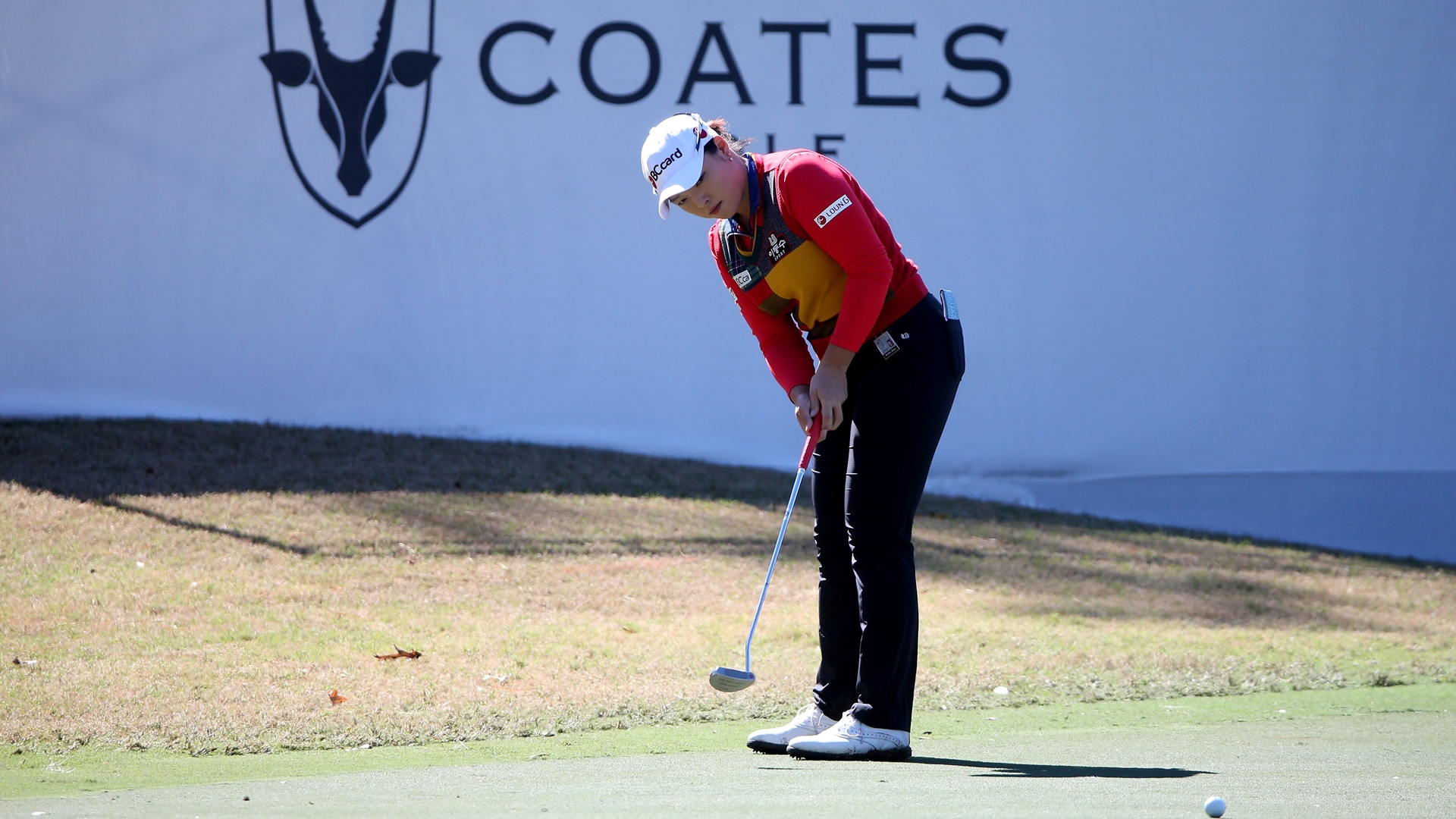 OCALA, Fla. – Ha Na Jang birdied the 18th hole to take sole possession of the lead in Friday’s completion of the suspended second round of the Coates Golf Championship.

Seventy-five players made the cut at 3 over. The third round was scheduled to begin at 2:15 p.m. ET with threesomes going off split tees. Jang, Ko and Nomura were expected to go off as the leaders in the final group at 4:27 p.m. GolfChannel.com will live stream third round action from 4:27-6 p.m. with Golf Channel running it on tape delay from 8-10 p.m.

Ko had a share of the lead coming back to finish her suspended round early Friday morning. She was on the course at 7:30 p.m. with a 15-foot uphill birdie putt left to complete the second round in 39-degree weather. She ran her birdie chance 3 feet past but missed the comebacker for par, power-lipping it out.

The second round was halted early Thursday afternoon because of bad weather.