Jang leaving LPGA to be closer to family in S. Korea 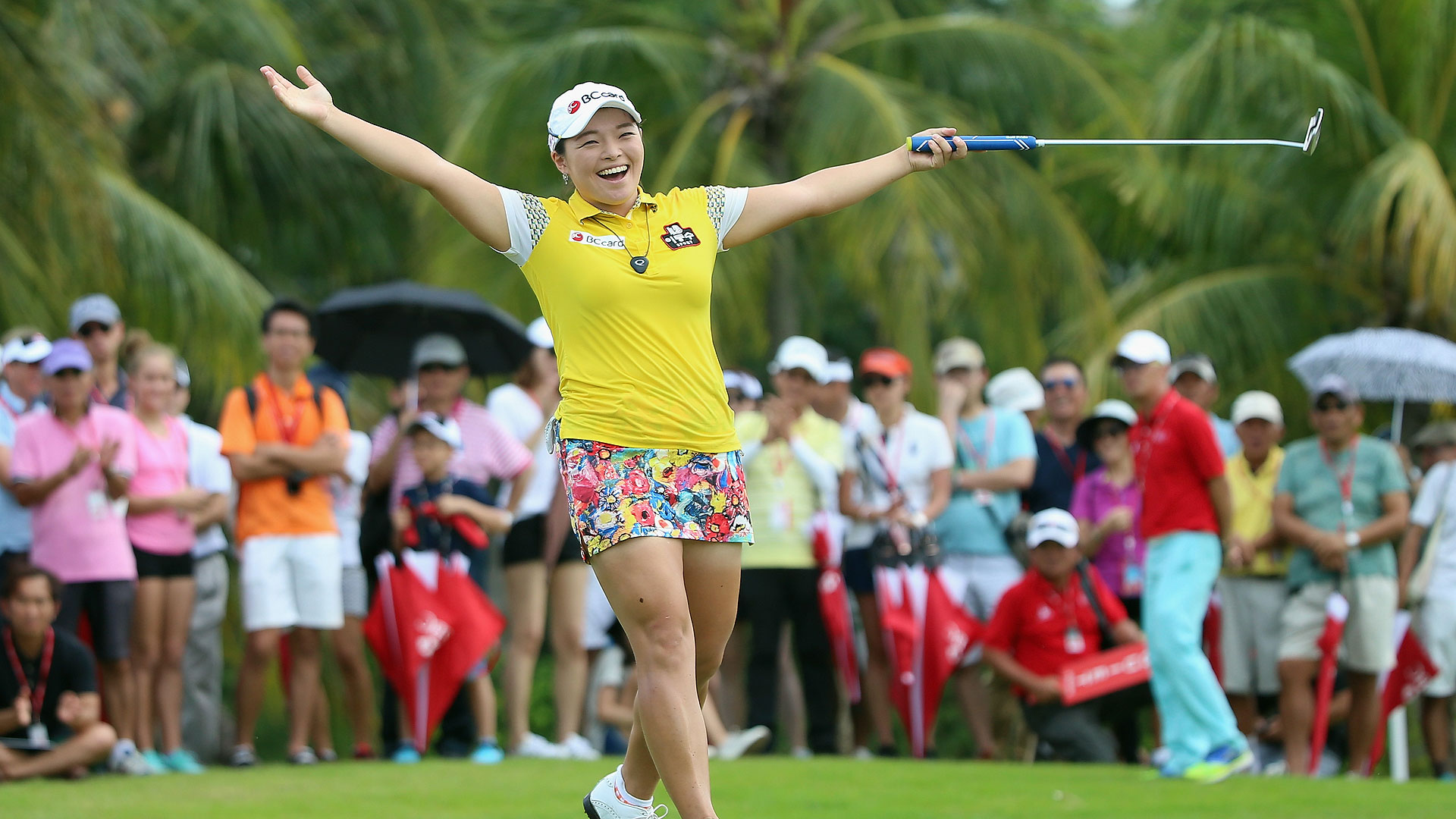 Ha Na Jang says she wants to spend more time with family and that's the reason behind her decision to leave the American-based LPGA tour and return to playing the Korean LPGA Tour full time.

"There was a void that couldn't be filled even by all the victories," Jang said in a news conference Tuesday in Seoul, South Korea. "And I made this decision because I decided to spend time with my family as this is more precious than becoming the best golfer in the world. I want to enjoy the rest of my golfing career with my parents and my loved ones around me."

Jang, 25, has won four LPGA titles since joining the American-based tour in 2015, including the ISPS Handa Women's Australian Open in February.

"I made up my mind after seeing my mother, who's close to 70, lead such a lonely life here," Jang said. "I thought being the best in the world was my only goal. But from now on, I'll spend as much time with my mother as I can."

Jang has faced some emotional challenges since joining the LPGA, including a controversy over an incident at the Singapore airport before the HSBC Women's Champions last year. That's where Jang's father lost control of a travel bag on an escalator at the airport, which bounded down the steps and struck fellow South Korean star In Gee Chun in the back, injuring Chun and knocking her out of several events. The incident sent off a firestorm of criticism in South Korea, where there was intense focus on those players battling to make the Korean Olympic team.

After winning the HSBC Women's Champions, Jang did a Beyonce-style dance, which further ignited criticism among South Korean golf fans who thought it was too celebratory and immodest in the wake of Chun's injury. The controversy took a toll on Jang, who said the criticism left her crying in her room for much of the week after the Singapore victory. She also resolved to tone down her celebrations after that. In late spring of last year, Jang returned to Korea with health issues. She checked into a hospital there to be treated for anemia and complained of suffering headaches, insomnia and vomiting. Jang told GolfChannel.com that she believed it was because of exhaustion but said stress may have been a contributing factor.

Jang and Chun were paired together for the first two rounds of the KPMG Women's PGA Championship last June, where Chun told GolfChannel.com that their time playing together helped "heal" some lingering tensions.

Jang said those controversies weren't a factor in her decision to leave the LPGA and rejoin the KLPGA full time.

"That incident is not the reason why I came back," Jang said Tuesday in South Korea. "I've already talked to Chun about it quite a bit. I am here because I've found something more precious than golf."