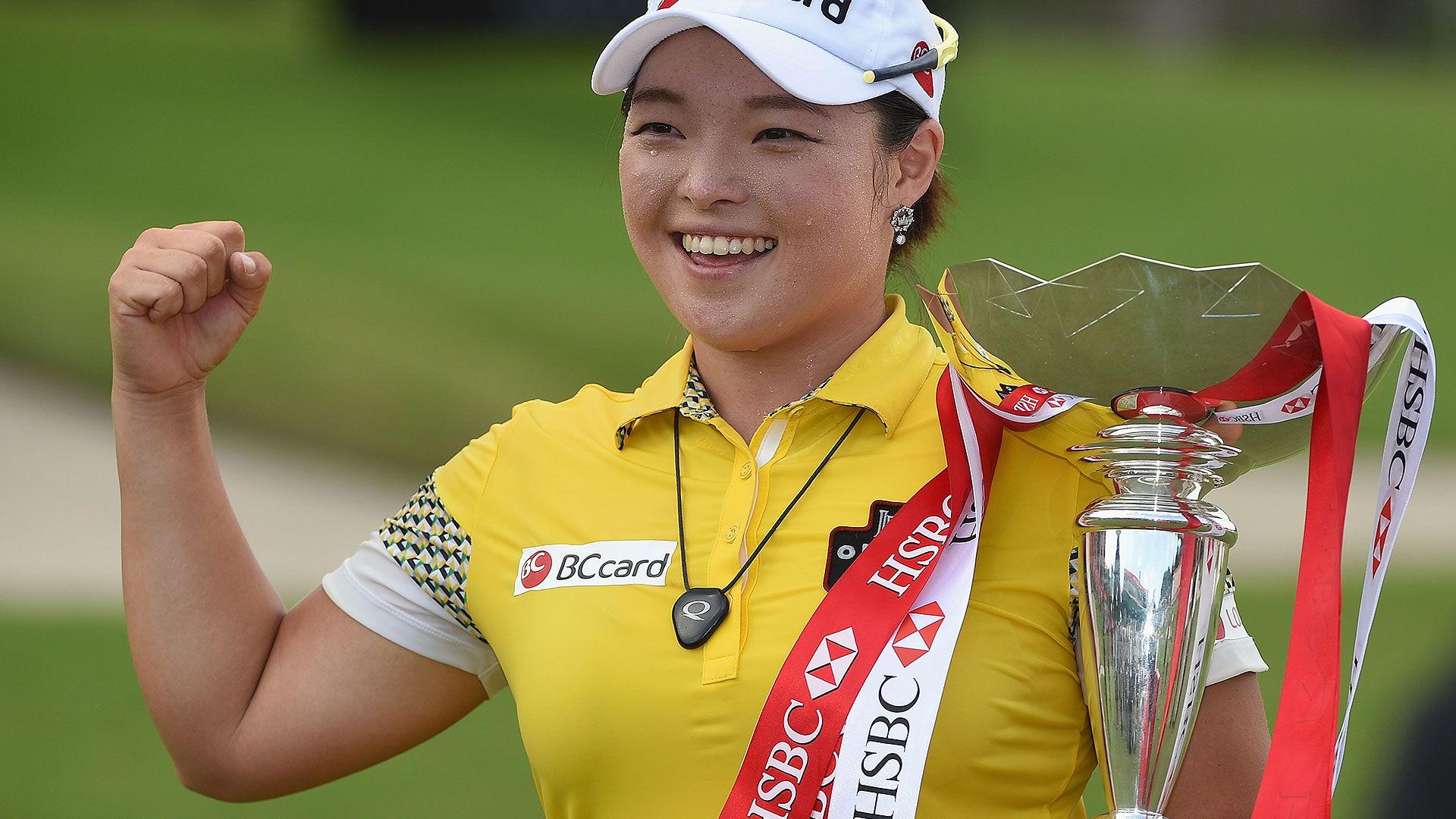 Ha Na Jang moved into the South Korean Olympic team mix with her victory Sunday at the HSBC Women’s Champions in Singapore.

Jang jumped five spots in the Rolex Women’s World Rankings to No. 5. That moved her up to the second Olympic qualifying spot among the Koreans, bumping In Gee Chun out of the team mix. There are four Koreans currently holding qualifying spots. Inbee Park tops the list, while Amy Yang and Sei Young Kim holding the third and fourth spots.