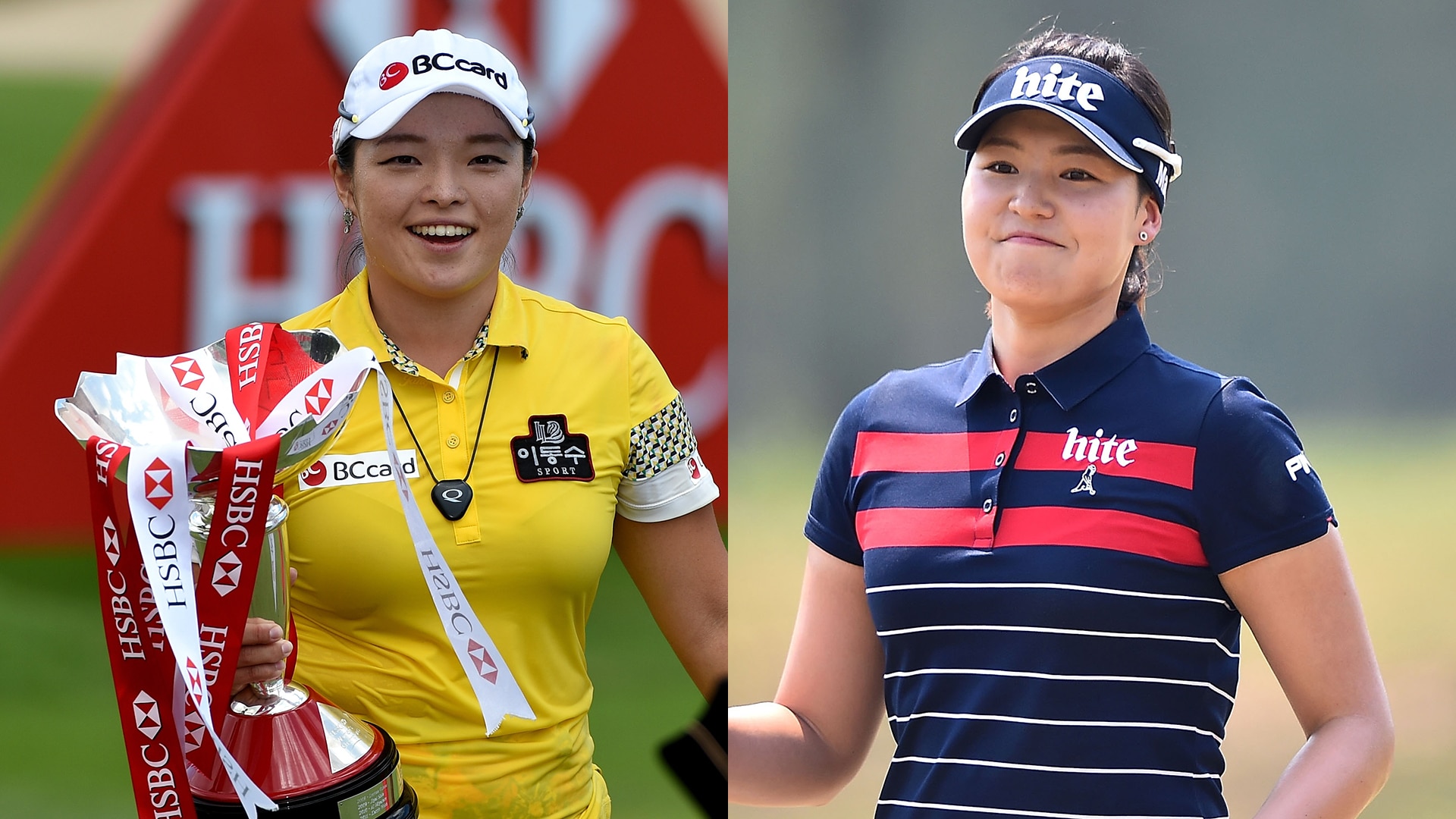 Apparently, Jang’s father knocked Chun out of the tournament earlier in the week.

Reuters reported that Jang came home to South Korea Monday after her victory in Singapore to questions about an airport mishap that led to an injury that caused Chun to withdraw from the HSBC Women’s Champions. Reuters reported that, according to Korean media, Jang’s father, Chang Ho Jang, lost control of a 15-pound carry-on bag, which went crashing down an escalator at Singapore’s Changi Airport. The bag struck Chun, injuring muscles around Chun’s tailbone. Reuters reported Chun was unable to compete in Singapore because of it.

“I’m really sorry for what happened to Chun,” Jang told reporters at Incheon Airport. “I hope to see her at the next tournament.”

Korean media reported Jang’s father lost control of the bag as he watched his daughter tie her shoelaces.

Chun told reporters she has recovered.

Per Reuters, Korean media reported that Jang’s father immediately apologized to Chun at the airport, but Chun said on her fan website that she had yet to receive a full apology.

“Neither myself nor my parents have received the apology that they claim to have made,” Chun said. “But their explanation is enough to dissolve any hard feelings. They must have done that because they thought they did something wrong.”

Jang moved five spots in the Rolex Women’s World Rankings with her victory Sunday, jumping to second in Korean Olympic golf qualifying. Jang bumped Chun to fifth in qualifying. The top four Koreans are currently within the qualifying standard, which will be finalized on July 11.