Johnson (63) leads Koepka by one at WGC-HSBC 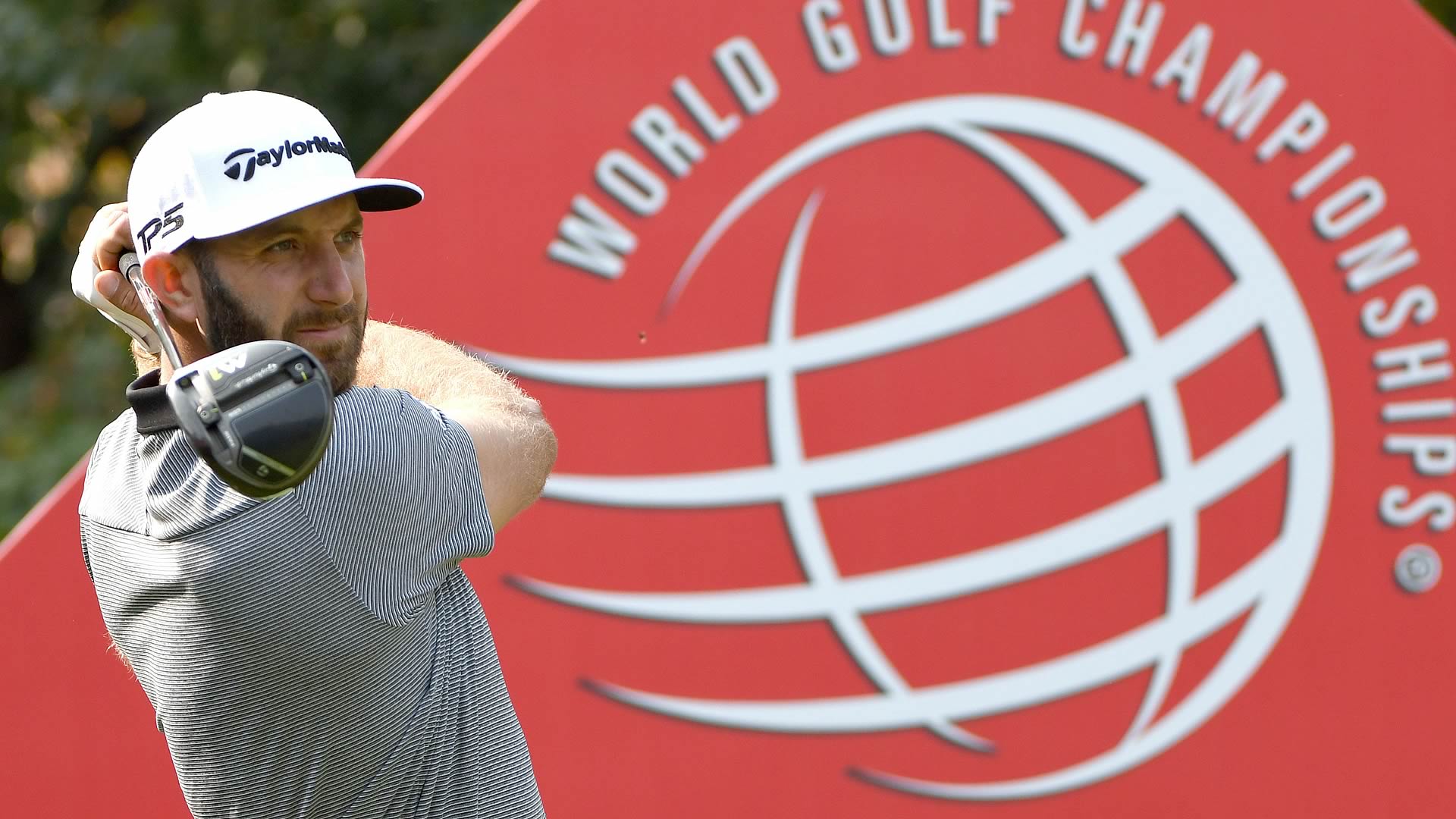 On the strength of a bogey-free, second-round 63, world No. 1 Dustin Johnson raced into the lead at the WGC-HSBC Champions, where he leads Brooks Koepka by one. Here’s where things stand through 36 holes in Shanghai:

What it means: DJ is in search of his 17th PGA Tour victory and his sixth World Golf Championship. With five to his credit already, Johnson trails only Tiger Woods for WGC titles. Woods, of course, is in a category by himself, with 18. That said, with a win this week, DJ would become the first player to win three WGCs in the same calendar year, following his victories earlier in 2017 in Mexico and at the Match Play. Johnson would also be the first repeat champion at the HSBC in its WGC era, although Phil Mickelson (2007, 2009) is a two-time winner in his own right. Finally, a win would extend Johnson’s PGA Tour victory streak, giving him at least one win in each of his first 11 seasons, keeping him in the company of only Woods and Jack Nicklaus.

Round of the day: Johnson carded two birdies and seven pars on the front before reversing those numbers on the back for a second-nine 29. His score missed Martin Kaymer’s course-record 62 by one.

Best of the rest: Peter Uihlein and Charles Howell III both moved up 36 spots into a tie for 12th with rounds of 5-under 67. Each player had just one blemish on his card, although Howell’s was a double.

Biggest disappointment: Malaysia’s Gavin Green followed up an opening 65 with a second-round 74, slipping from three to eight shots off the pace.

Shot of the day: Aphibarnrat has made 15 birdies in 36 holes at Sheshan International thanks in part to approaches like this:

Storyline to watch this weekend: The last two U.S. Open winners, Johnson and Koepka are good friends and workout buddies who spent 14 of 21 days together after this year’s Presidents Cup. "I see him every day in the gym. If we're not in the gym, I'm over at his house or he comes over to mine," Koepka said Thursday. "We both kind of have the same attitude. We're not going to take things too seriously. We like to relax. We like to work out. We've got the same interests, and makes it easy. To be honest with you, I don't think we've ever really talked about golf. More of just laughing, having a good time and hanging out."