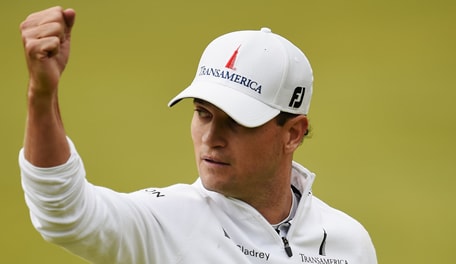 While only one of them left Scotland with the claret jug, both Zach Johnson and Marc Leishman made big moves in the Official World Golf Ranking following the Open Championship.

Johnson outlasted Leishman and Louis Oosthuizen in a four-hole playoff at St. Andrews to claim his second major title, and as a result he jumped from No. 25 to No. 12 in the latest rankings. Johnson had fallen as far as No. 28 following the U.S. Open, and he now matches his highest standing since May 2014.

Leishman made an even bigger jump following his runner-up, moving from No. 61 to No. 27 in the latest standings. After a career-best finish in a major, it's also a career-best ranking for the Aussie, whose previous high came last August when he reached No. 39.

Oosthuizen has now finished runner-up in each of the last two majors, and as a result the South African continued his steady ascent in the rankings, moving from No. 17 to No. 13, right behind Johnson. Oosthuizen had dropped as low as No. 62 in the world last fall and started the year at No. 45, but he has now reached his best ranking since July 2013, when he was No. 12.

While Jordan Spieth cut into Rory McIlroy's lead at the top with his T-4 finish at St. Andrews, the only change among the top 10 came from Justin Rose, who jumped from eighth to fifth thanks to his T-6 finish. The top four in the standings remained the same, with McIlroy and Spieth followed by Bubba Watson and Dustin Johnson.

Rickie Fowler dropped from No. 5 to No. 6, and he is followed by Jim Furyk, Henrik Stenson, Jason Day and Sergio Garcia to round out the top 10.

After a missed cut at the Open Championship, Tiger Woods dropped from No. 241 to No. 258.