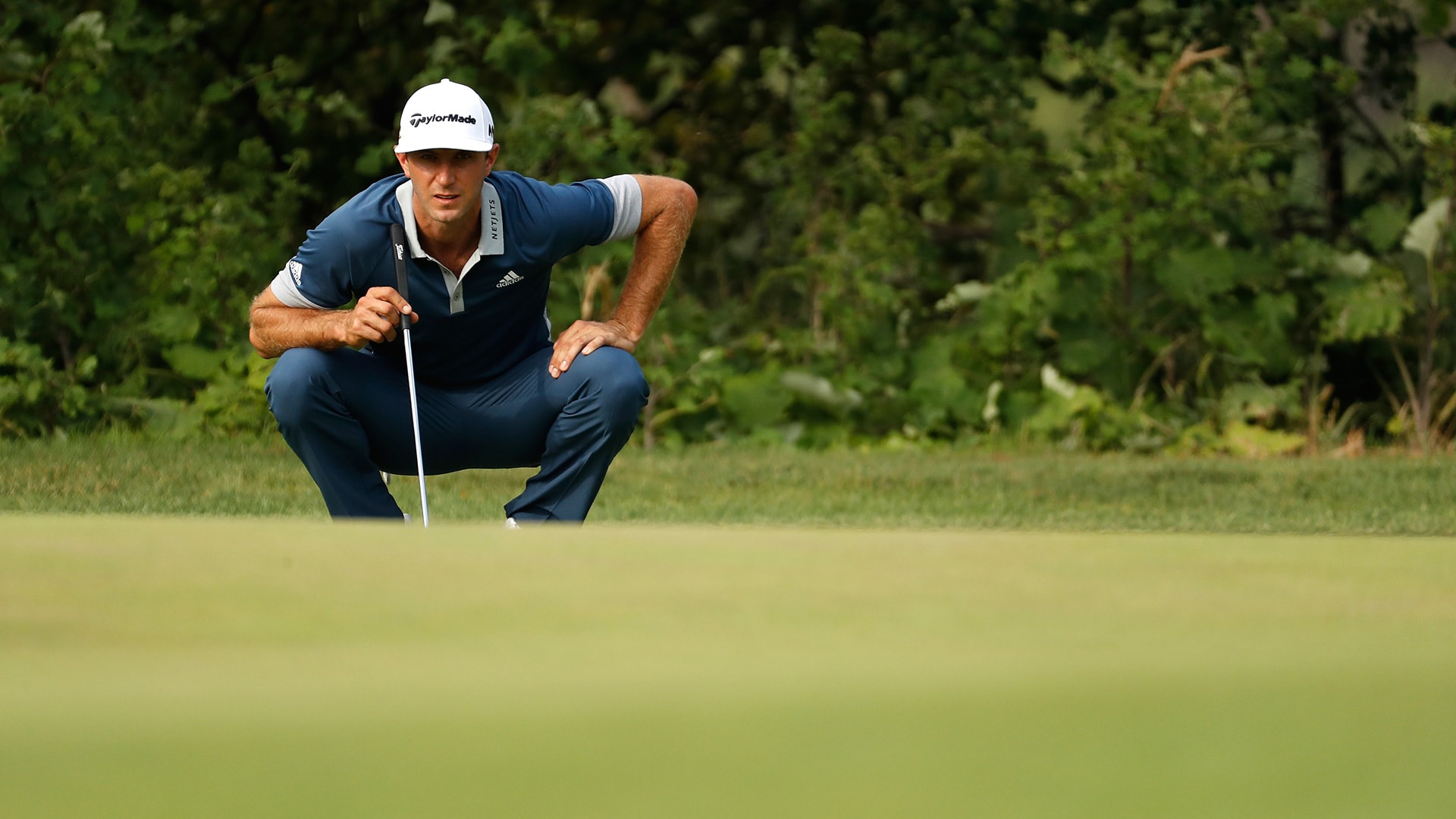 Conditions were firm at Glen Abbey Golf Club, but several players were still able to card a few birdies to open the RBC Canadian Open. Here's how things look after the first round in Ontario, where Dustin Johnson shares the lead as he looks to continue his hot streak:

What it means: Several big names like Olympian Matt Kuchar and defending champ Jason Day lurk just a few shots off the pace, but the player who stood out most Thursday was Johnson as he looks for his third win in his last four starts. Playing among the late wave, DJ eagled the closing hole to draw even with List and ahead of a group that includes Rahm, who continues his strong play just weeks since turning pro.

Round of the day: Johnson is always among the longest hitters in any field, but when he's accurate off the tee, he's tough to beat. That was the case in the opening round, where he combined accuracy (10 of 14 fairways) with length (320 yards per drive) en route to a 6-under 66 that included seven birdies and an eagle on the home hole.

Best of the rest: List remains in search of his first career win, and at this point in the season he's just hoping to avoid a return to the Web.com Tour next year. But List's goals could change considerably after an opening 66 put him into a share of the lead, a bogey-free round that included five birdies over his first nine holes.

Biggest disappointment: Graham DeLaet will represent Canada at the Olympics and is a fan favorite whenever he tees it up north of the border, but he appears headed for a missed cut after an opening-round 77 replete with short-game woes. DeLaet took time off earlier this season to deal with what he described as chipping "anxiety," but the ailment was on full display Thursday as he failed to find the putting surface with his chip on more than one occasion.

Main storyline heading into Friday: Johnson will go out early during the second round, and he could use the opportunity to put some distance between himself and the field. After convincing wins at both Oakmont and Firestone, Johnson remains in the midst of the best season of his career and could take another step toward a win that would trim the gap between him and Day atop the world rankings.

Shot of the day: Du Toit, an amateur from Canada who plays for Arizona State, was already in the midst of a stellar round before hitting his approach to the 17th hole. But he took things to another level by holing that shot from 155 yards from a fairway bunker for an improbable eagle, then followed with a birdie on No. 18 to cap a 5-under 67 that put him just one shot off the lead.

Quote of the day: "It's the first time I've had to sign autographs after rounds. That was awesome." - du Toit