JT on greatest feat in '17: Will never know how I won 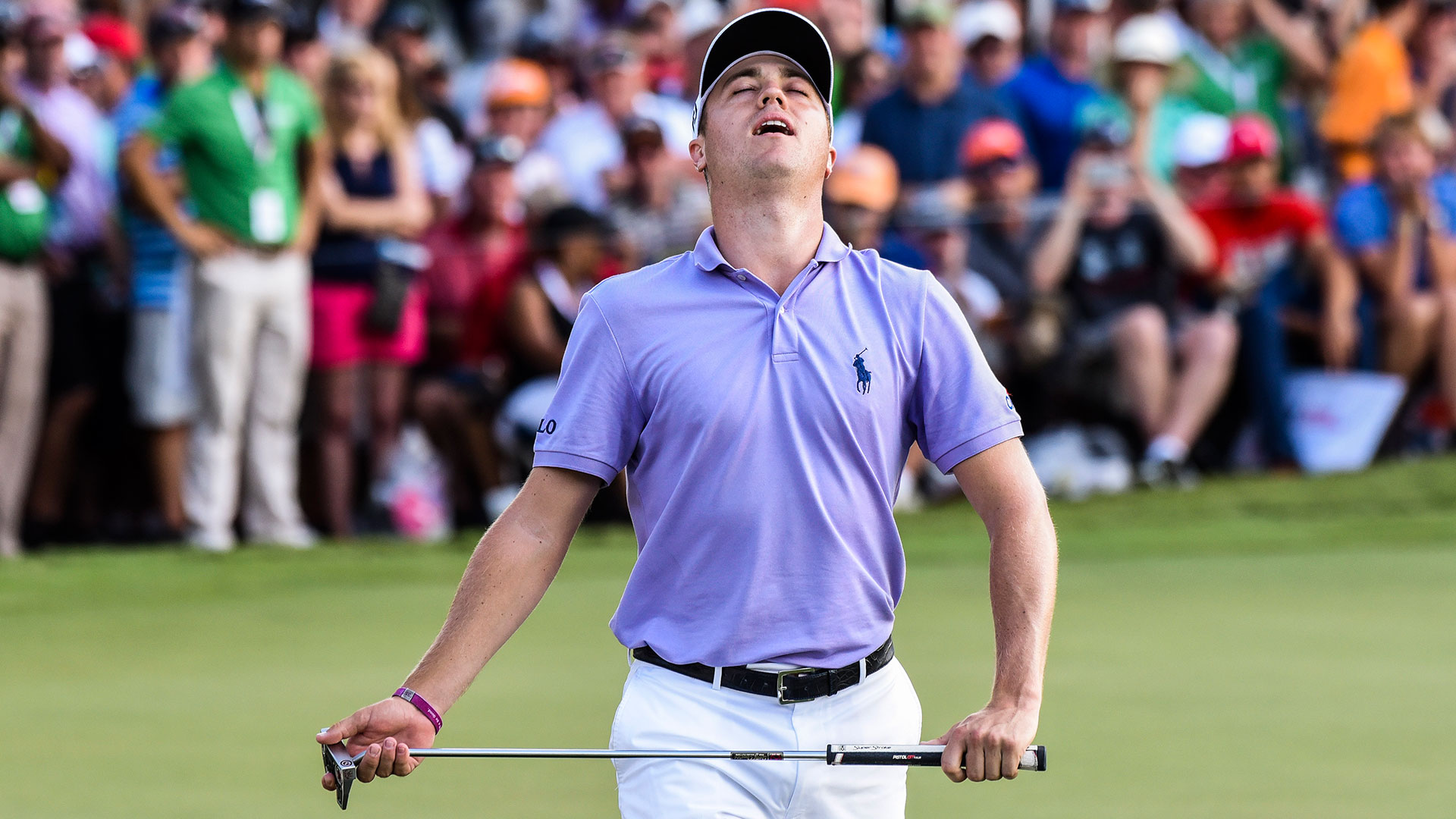 NASSAU, Bahamas ­– Justin Thomas was so busy at the end of the season that he didn’t have much time to sit down and digest the magnitude of all that he had accomplished.

All the victories, the PGA Championship title, the 59 in Hawaii, the $10 million FedExCup bonus; there were a lot of highlights to choose from.

But the most impressive feat of Justin Thomas’ year? He contends it was his victory six weeks ago at the CJ Cup in Korea.

Thomas said he was shot, both mentally and physically. He had no game, he didn’t love his swing, he was exhausted. Then he opened with a 63, and three days later found himself in the hunt to win for the seventh time in two years. Ultimately Thomas defeated Marc Leishman on the second playoff hole.

“I will never in my life know how I won that event,” Thomas said Tuesday at the Hero World Challenge. “I had nothing left.”

“I just remember telling (caddie) Jimmy (Johnson) on 13 on Sunday, my body just gave out, like my legs just turned into Jello and I was like ‘Dude, we’ve got to get this thing in the house, I’ve got nothing left in me.’

Thomas remembers sitting down between shots over the last six holes to conserve energy and then he hit a great 3-wood into the par-5 18th. Thomas told Johnson that he had to make the putt to win because he didn’t know if he had enough in him to go extra holes. Thomas missed, but birdied the second playoff hole to win.

“Yeah, it was a great year and the FedExCup’s great, but I will never know how I won that tournament,” Thomas said.