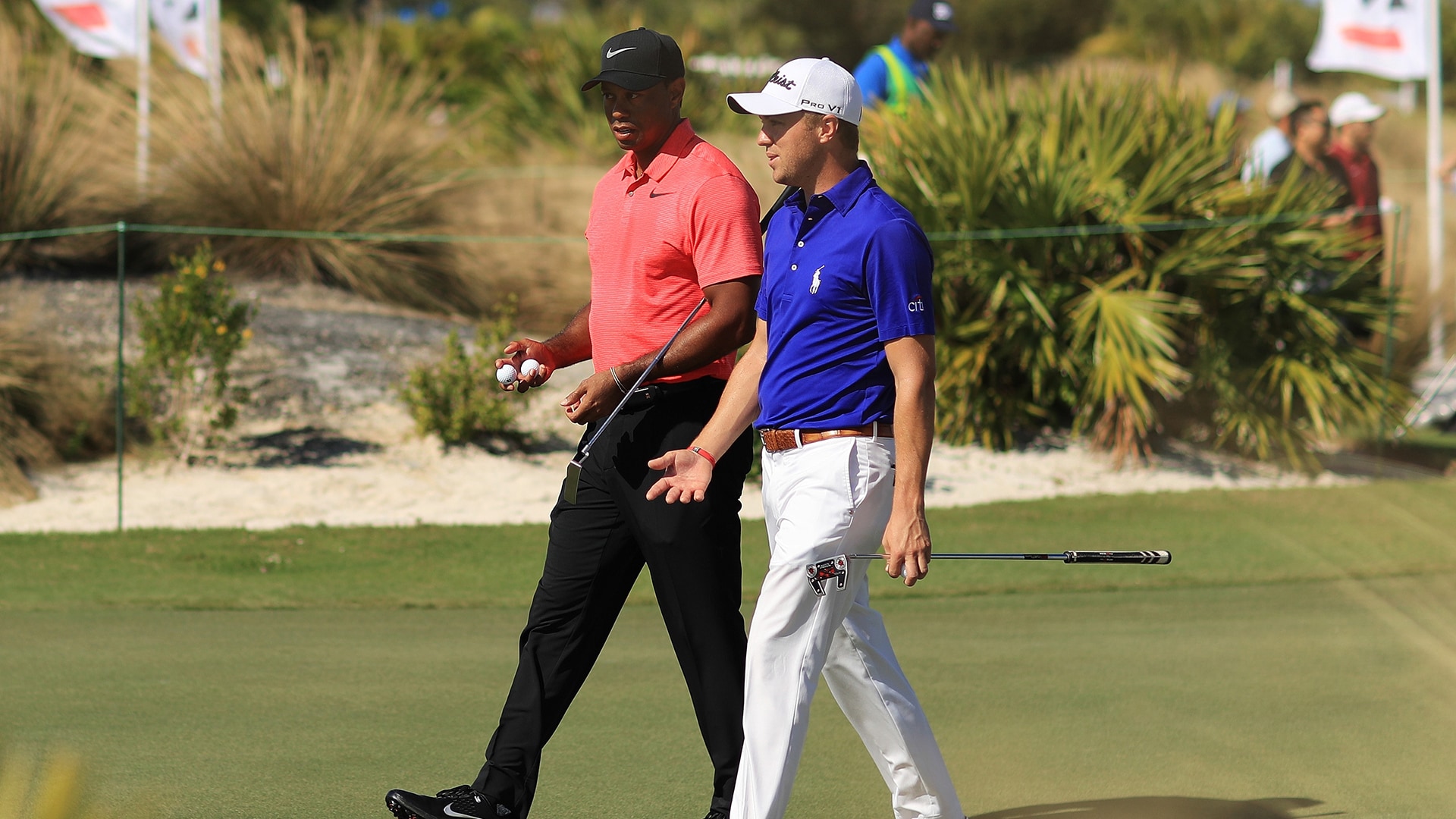 NASSAU, Bahamas – Justin Thomas tapped in for par on the eighth hole and took the 100-yard walk to the ninth tee. During that walk, his caddie Jimmy Johnson was told that Alabama had grabbed the fourth and final spot in the College Football Playoff.

Johnson knew his man would want to know. Pronto.

So Johnson quickly caught up to Thomas and delivered the message that his beloved Crimson Tide would face Clemson.

Thomas pumped his fists several times on the remaining steps to the ninth tee, then, moments later, smoked driver on the par-5 right down the middle, a few yards past playing partner Tiger Woods.

Thomas promptly made eagle at nine, then birdied 11, 12 and 14 before calming down over the last few holes.

“I’m so pumped,” the reigning PGA Tour Player of the Year said while walking down the 10th fairway with Woods.

After the round, Thomas sent out the following tweet.

Thomas will not attend the Sugar Bowl nor the national championship should Alabama advance. He will be in Hawaii defending titles at both the Sentry Tournament of Champions and the Sony Open.