JT will be trying to kick Tiger's a** at Hero 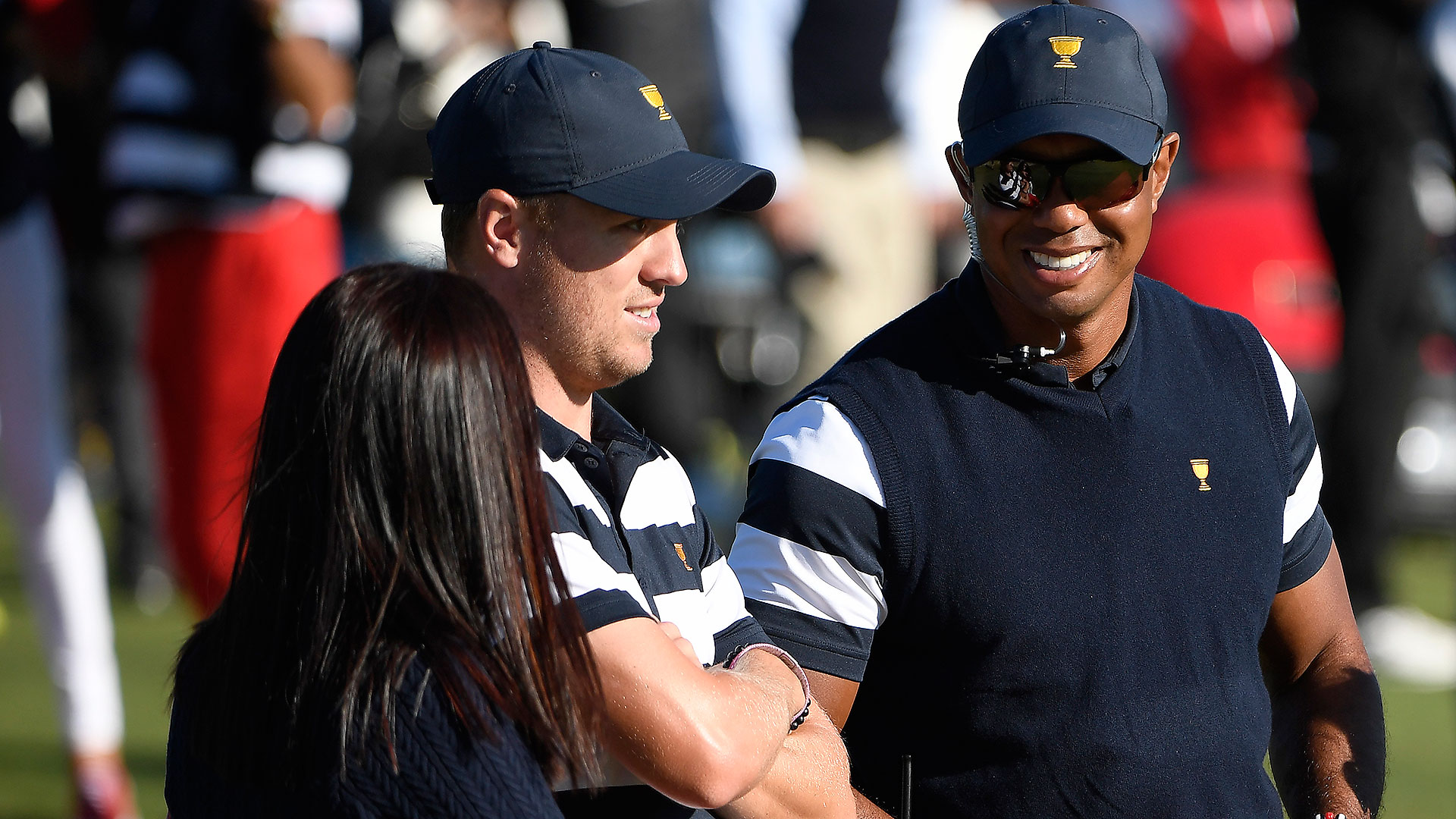 NASSAU, Bahamas ­– Justin Thomas gets it. He’s playing with Tiger Woods on Thursday at the Hero World Challenge and everyone wants to know what he thinks of the high-profile pairing.

Thomas won a major, won the FedExCup, shot 59 and was the PGA Tour’s Player of the Year this season, but there he was at Albany on Tuesday being asked about Woods in each of the first five questions of his news conference.

“Anybody want to ask about my,” Thomas joked while in the middle of the Tiger storm.

Woods approached Thomas a couple weeks ago to ask him if he’d like to be paired together for the first round of the Hero World Challenge. Thomas joked with Woods, saying he needed to think about it for a couple days.

Well, that pairing is now only mere hours away and Thomas is excited despite being the PGA Tour’s top dog all year.

“If he hadn’t done everything he’s done, we wouldn’t have the sponsors we have,” Thomas said. “If it wasn’t for him we wouldn’t be playing for the amount of money that we’re playing for.

“Obviously there’s a lot of other players, but there’s nobody that moves the needle like him, even now. If he had 15 wins and two majors, then yeah, people wouldn’t care as much, but he has 79 and 14 majors.

“I’m probably just as excited to watch it as you are. I just get a front row seat to it on Thursday.”

“But I’m also looking forward to trying to kick his ass, to be perfectly honest,” Thomas said.