Just like last year, Spieth in desperate need of a spark 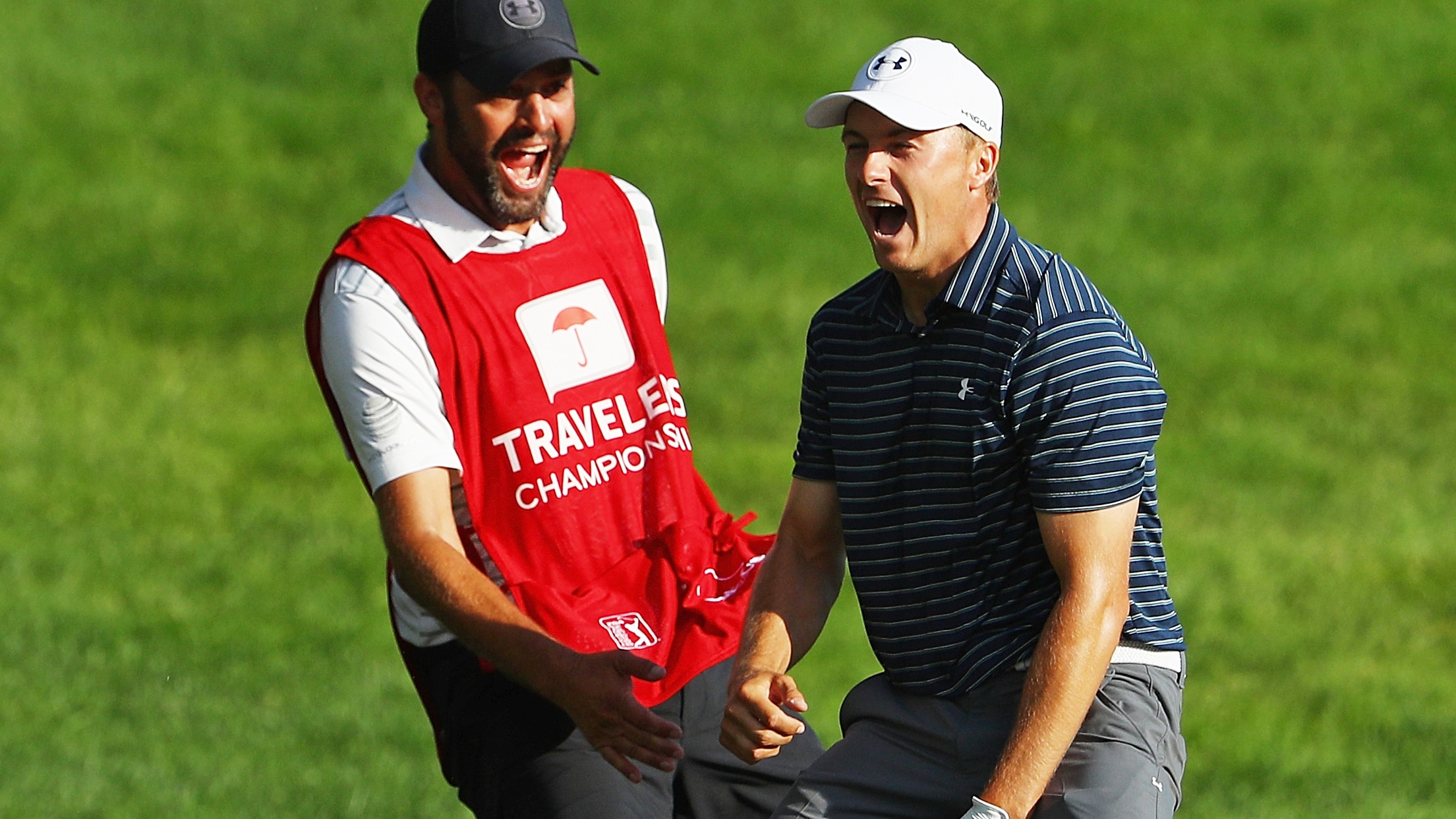 CROMWELL, Conn. – Jordan Spieth has arrived at the Travelers Championship in need of a turnaround. Again.

Spieth’s playoff victory last year over Daniel Berger, complete with a bunker hole-out and raucous celebration, went down as one of the most electrifying moments of 2017. It also propelled Spieth to some more major glory, as he won The Open in his very next start.

So it’s easy to forget the state of Spieth’s game when he first stepped foot on the grounds of TPC River Highlands a year ago. Things were, quite plainly, not going well.

He was struggling on the greens, even going so far as to switch putters at the AT&T Byron Nelson. He then failed to contend at Erin Hills, only netting a T-35 finish thanks to a final-round 69 that came hours before the leaders teed off.

So here we are again, with Spieth in search of a spark after a series of underwhelming performances that included last week’s effort at Shinnecock Hills, where he bogeyed the last two holes of his second round to miss the cut by a shot. Except this time, the climb back to the top may be even steeper than it was a year ago.

“I’m not sure where the state of my game is right now,” Spieth said. “If I strike the ball the way I have been this year, then the results are coming. But the last couple weeks I’ve played Muirfield and then the (U.S.) Open, and I hit the ball really poorly and didn’t give myself that many opportunities to let the putter do the work.”

While many big names play sporadically in the time between the Masters and U.S. Open, Spieth remained as busy as ever thanks to the Tour’s swing through Texas. So even after failing to contend much in the spring outside of a memorable finale in Augusta, and even after struggling for much of his week at TPC Sawgrass, Spieth looked out at his schedule and saw a myriad of possible turning points.

There was the AT&T Byron Nelson, played in his hometown and at a venue on which he was one of only a handful with any experience (T-21). Then a trip across town to Colonial, where he had beaten all but two players in a three-year stretch (T-32).

Throw in the missed cuts at Muirfield Village and Shinnecock Hills, and Spieth has made it to the last leg of a six-event stretch that has included only one off week and, to date, zero chances to contend come Sunday.

“I think here this week, the key for me is just to get out in the first round and try not to do too much,” Spieth said. “I mean, 90-plus percent of the tournaments the last two years I’ve thrown out my chances to win a golf tournament on Thursday. I’ve had too much to do from here on.”

That was certainly the case last week on Long Island, where Spieth’s hopes for a fourth major title evaporated well before course conditions became a focal point over the weekend. He was 4 over through his first two holes and spent much of the next 34 stuck in a fit of frustration. He gave himself a glimmer of hope with four late birdies Friday followed by a pair of bogeys that snuffed it out with equal speed.

Spieth has continued to preach patience throughout the year, but there’s no getting around some eye-popping stats; he's 188th on Tour this year in strokes gained: putting and 93rd in fairways hit. It can foster a pressure to find a cure-all in any given week, especially given how quickly he got a middling summer back on track last year.

“It’s something that you fight, sure,” Spieth said. “It’s been that way just about every tournament except Muirfield, because then you go to the U.S. Open and think you don’t even have to shoot under par to win this golf tournament. So as much as that kind of comes into your head, it’s not bothering me this time. I’m going to try and have fun, and make progress.”

After this week, Spieth will have some down time with family before making the trip overseas to Carnoustie. He plans to have a few private dinners accompanied by the claret jug, one last toast to last year’s success before turning the trophy back over to the R&A.

But even Spieth admitted that as it pertains to his chances to follow in Brooks Koepka’s footsteps by successfully defending a major title, he’ll be greatly aided by working his way into the mix this weekend. It represents the last chance in this early-summer swing to get his name back on the leaderboard, an opportunity to light fire to a pedestrian campaign like he did a year ago.

“It’s your basic stuff that sometimes gets off, that the harder you try to get them back on sometimes, the worse it gets,” Spieth said. “It can be frustrating, or you can just kind of wait for it to come to you. I think I’m OK with where things are, whether it’s the rest of this year or next year. I feel like there are good scores coming.”