A. Jutanugarn on sister: 'She can win this year' 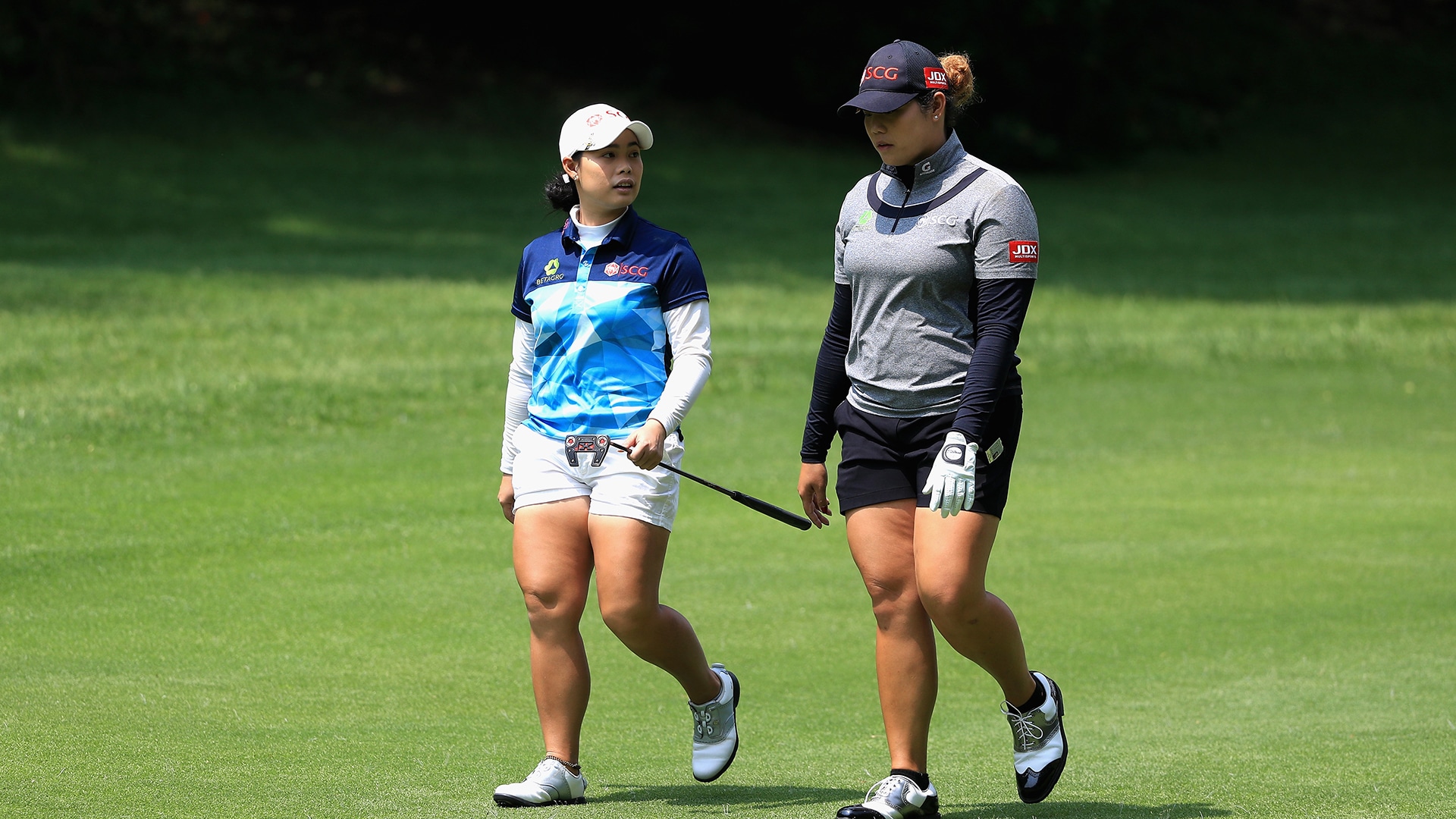 WILLIAMSBURG, Va. – Ariya Jutanugarn defends her title at the Kingsmill Championship within reach of overtaking No. 1 Lydia Ko in the Rolex Women’s World Rankings.

Moriya Jutanugarn is off to a strong start in what she’s hoping will be her best year on tour.

The Jutanugarn sisters have been paired together in the last two LPGA events, in the final round of the Volunteers of America North Texas Shootout and in the second round of the Lorena Ochoa Match Play Championship.

They would relish facing off in the final pairing of the final round of an LPGA event.

While Ariya, 21, gets more attention after her emergence as a dominant force with five wins last year, Moriya, 22, is quietly improving her game in the quest to win her first title. She has four finishes of T-12 or better this season.

“Mo is sneakily getting better in all parts of her game,” said Vision 54’s Pia Nilsson, who teams with Lynn Marriott as mental coaches to both players. “We tell them both, we can’t wait until it’s a Sunday afternoon and we see the two of you walking up tied for the lead. That’s going to be fun.”

Ariya owned the month of May last year, becoming the first player to claim her first three LPGA titles in consecutive weeks.

Moriya is looking for her first LPGA title.

“I believe in her,” Ariya said. “I feel like she can win this year.”