Jutanugarn shows glimpses of pre-injury self 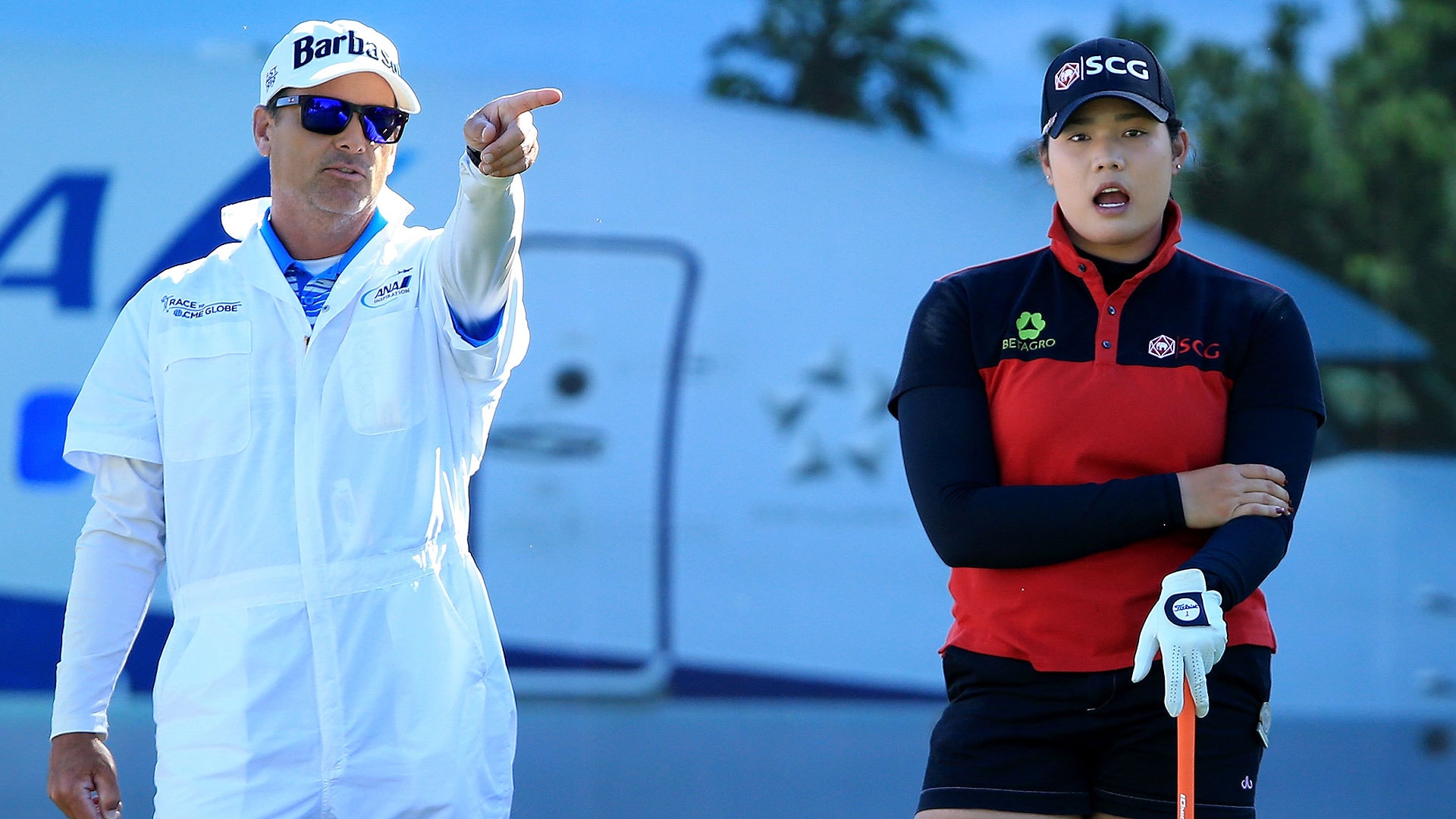 RANCHO MIRAGE, Calif. – Ariya Jutanugarn was going to take the LPGA by storm as a teen phenom.

That’s what it looked like when the Thai star hit the professional ranks as a 17-year-old. She nearly won the LPGA’s Honda Thailand in 2013 on a sponsor’s exemption. She won an LET title as a rookie on that tour that season and also made five impressive LPGA starts. She logged finishes of 2, T-3, T-3, T-4 and T-4.

Jutanugarn rocketed all the way up to No. 15 in the world before she stumbled off a tee box during some horseplay in a practice round at the 2013 LPGA Championship and tore the labrum in her right shoulder. She was out for eight months without touching a club. When she returned, she wasn’t the same player. She still had pain in the shoulder. She couldn’t make the same kind of swing and couldn’t muster the same kind of confidence.

Jutanugarn, 20, looks like she might be poised for something big again based on her performance this week at the ANA Inspiration.

With a 5-under-par 67 Saturday, Jutanugarn was tied for the lead before Lexi Thompson eagled the 18th hole at day’s end. Jutanugarn will be paired  with Thompson on Sunday, one shot off the lead.

Jutanugarn was one of the longest hitters in the game before her injury. She still has power, but she swings differently today. She still can’t make the same down swing she used to make without feeling a twinge of pain. She comes into the ball more steeply now, less shallow than she used to because of the injury.

“I’m still not 100 percent, but I feel fine with this swing,” Jutanugarn said.

Jutanugarn isn’t even hitting driver this week. She’s hitting 3-woods and 2-irons. Yes, she’s one of the few women in the game who still hits an honest-to-goodness 2-iron, not a hybrid. She’s averaging 260 yards per drive without a driver at Mission Hills.

“I don’t think I need driver,’ Jutanugarn said. “I think to put the ball in the fairway is more important here.”

Moriya Jutanugarn, Ariya’s sister, was the LPGA’s Rookie of the Year in 2013. Moriya says Ariya can hit a 2-iron 240 yards.

“She hits a 2-iron like I hit my driver,” Moriya said.

Jutanugarn just began working with Gary Gilchrist as her new coach this year. She says her caddie, Les Luark, has also helped her with course management. He helped her make the decision to take driver out of her bag.

“Ariya says she doesn’t think her shoulder is ever going to be 100 percent, but I think she would say she’s getting pretty strong,” Moriya said.

Ariya says the confidence lost in her long layoff is coming back.

“I don’t like to compare it to what it was like three years ago,” Ariya said. “It’s getting a lot better. It’s getting better all the time.”