Jutanugarn sisters to face off at Lorena Ochoa 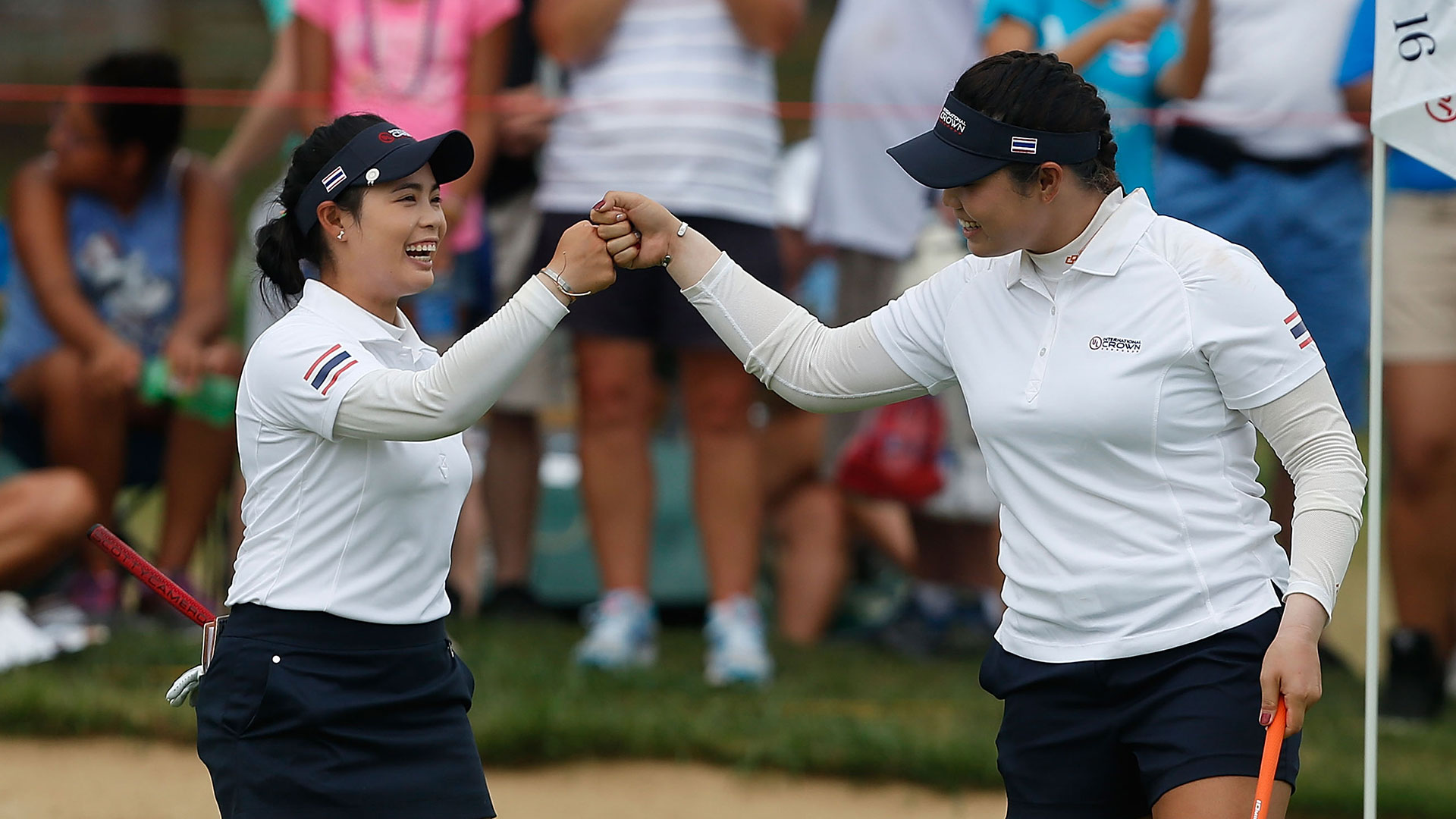 Bloodlines will be a big storyline in Friday’s second round of the Citibanamex Lorena Ochoa Match Play Championship in Mexico City.

Ariya Jutanugarn will meet her big sister, Moriya, in the round of 32 after both players opened with victories Thursday at Club de Golf Mexico.

Ariya defeated Amy Anderson, 5 and 4, to advance in the Annika Sorenstam bracket, in which she is the top seed.

“I think playing against [Moriya] will be fun, because even if I don’t make a putt and she does, I’ll feel happy for her,” Ariya said.

Ariya, 21, is the more prominent of the Thai sisters. She’s No. 3 in the Rolex Women’s World Rankings. Ariya won five LPGA titles last year on her way to becoming the tour’s Rolex Player of the Year.

Moriya, who is 16 months older, is No. 57 in the world rankings. She has plenty of game, too, though she seeks her first LPGA title. Moriya was the LPGA’s Rookie of the Year in 2013 and is off to a strong start this year. Moriya has four finishes of T-12 or better this season and is 22nd on the LPGA money list.

The sisters are very close. They bought a home together in the Lake Nona community in Orlando, Fla., last year and live there with their mother, Apple.

“The love between Ariya, Moriya and their mother is a beautiful thing,” Vision 54's Pia Nilsson told GolfChannel.com last season.

Typically, when you see Ariya, Moriya isn’t too far away.

“They don’t always play practice rounds together, but off the course they are with each other every waking moment,” Ariya’s caddie, Les Luark, said in a GolfChannel.com profile of the sisters last year.