Kang surprises everyone - including himself - with 60 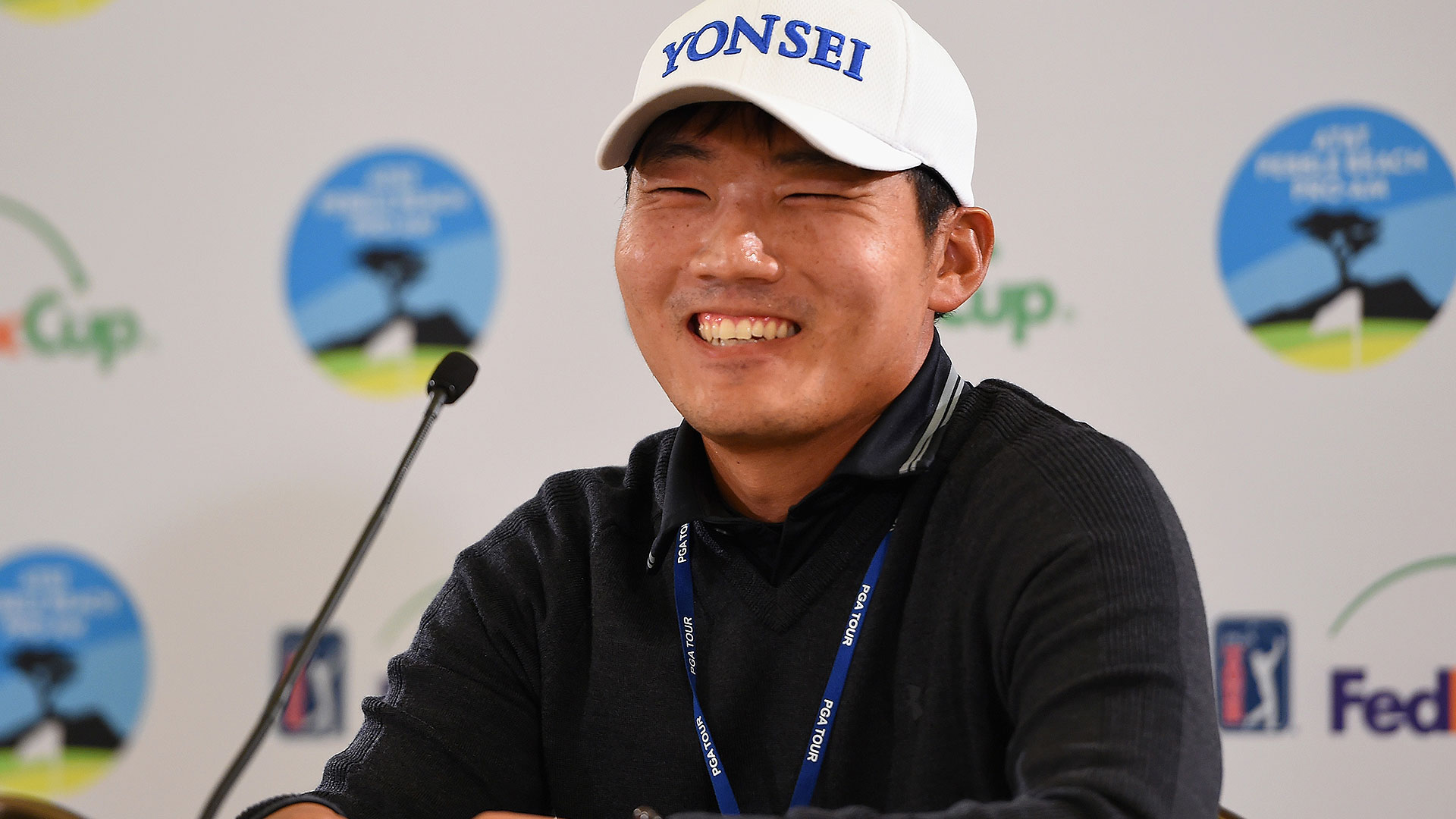 PEBBLE BEACH, Calif. – Sung Kang stole the show Friday at the AT&T Pebble Beach Pro-Am, carding an 11-under 60 at Monterey Peninsula Country Club that gave him a share of the lead.

It also marked Kang’s lowest career round – although it took a reminder from pro-am partner, comedian Ray Romano, for that last fact to sink in.

It’s easy to see how Kang’s low round may have surprised him considering the 28-year-old entered this week off of three straight missed cuts. Following an even-par 72 at Spyglass Hill, he seemed more likely to miss Saturday’s cut than play in the final group.

But everything fell into place during a round that included nine birdies and an eagle. Beginning on the back nine, Kang turned in 6-under 31 and had an outside chance for a 59 after three straight birdies on Nos. 6-8.

While he closed with a par, it was still good enough to give him a share of the lead alongside Japan’s Hiroshi Iwata, with big names Phil Mickelson (T-3) and Justin Rose (sixth) looming just off the pace.

Kang parted ways with his prior caddie after the Farmers Insurance Open, and this week marks the first time he has had Cowan on the bag as Cowan’s regular employer, Jim Furyk, continues to recover from wrist surgery. Cowan also happened to caddie for Furyk’s 59 at the 2013 BMW Championship, the last time golf’s magic number was achieved on the PGA Tour, and Kang heaped plenty of praise onto the veteran bag man.

“He definitely cleared my head a lot. I don’t have to think too much,” Kang said. “He told me, ‘Yeah, you were listening to me very well today, and you didn’t listen to me at all yesterday.’ So I did fine today.”