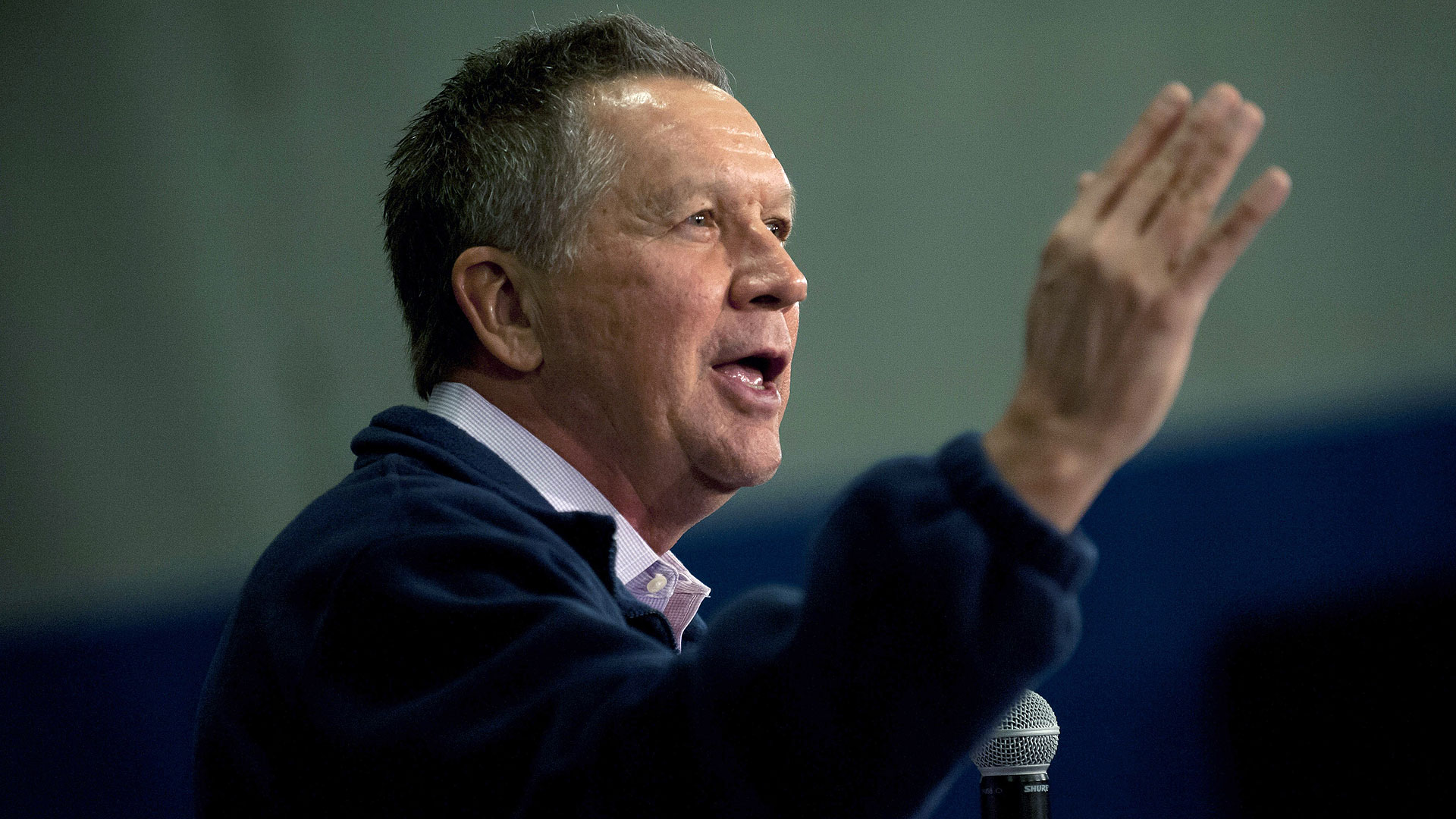 “I don’t watch the news,” Kasich told Jake Tapper on CNN’s “State of the Union” on Sunday, according to Yahoo. “I basically watch the Golf Channel when I’m traveling, believe it or not.”

Kasich is an avid golfer. Last November he appeared on "Morning Drive," telling host Gary Williams, “I get to be president, I’m going to play golf." (You can view the clip above.)

Earlier that month a New York Times reporter tweeted a picture of Kasich at a driving range between campaign stops in New Hampshire.

PORTSMOUTH, NH-- @JohnKasich had a few minutes after speaking to the Rotary club here, so he hit the range pic.twitter.com/odfk4MLaZe

In June 2011 Kasich teamed up with Vice President Joe Biden in a golf match against President Barack Obama and then-House Speaker John Boehner.