Kaymer: Come back, Rory - just not too quickly 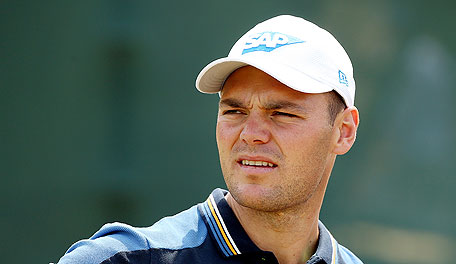 Tiger Woods is not among this week’s 77-man field despite having won this event eight times, and defending champion Rory McIlroy remains sidelined with an ankle injury. According to Kaymer, his approach will not change based on the roster of names on the scoreboard.

Kaymer did note, though, that the absence of McIlroy especially makes the path to the trophy a little easier this week in Akron.

“Obviously, some players don’t admit it, but it’s quite nice that he’s not here. He’s one guy who’s in very, very good shape and he’s not playing,” Kaymer said. “On the other hand, you really hope that he comes back soon because, obviously, if somebody is that good, you want to see him perform even better over a longer period because it’s nice. It’s inspiring.”

McIlroy posted a video to Instagram Wednesday showing that his recovery from injury continues, and his status remains day to day. He hopes to return next week to defend his title at the PGA Championship, but Kaymer – who won the PGA in 2010, the last time it was held at Whistling Straits – added with tongue firmly in cheek that he wouldn’t be opposed to McIlroy taking his time to return.

“Hopefully he’s recovering quickly and that we see him latest in a couple weeks or so,” he said. “But for now, I wouldn’t mind to see he takes a couple weeks more off.”