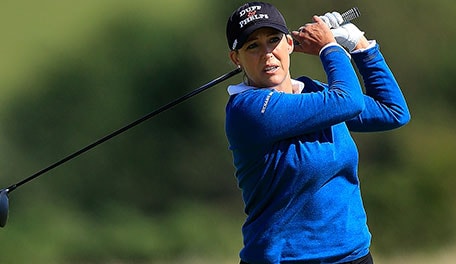 She showed that again Thursday with her 6-under-par 66 in the first round of the Ricoh Women’s British Open at Trump Turnberry. She’s one shot behind the leader, Hyo Joo Kim.

Kerr, a two-time major champion, is seeking her first Women’s British Open title. She got off to a fast start with Trump amid the gallery watching the first round.

“Donald and I are pretty good friends,” Trump said. “He’s made me an honorary member of all his courses.”

Kerr appeared in Trump’s reality show “The Apprentice” in 2005.

“We are so thrilled to be here at Trump Turnberry,” she said. “The tour loves Donald. Donald has done a lot for women’s golf, and I know the players certainly love him.”