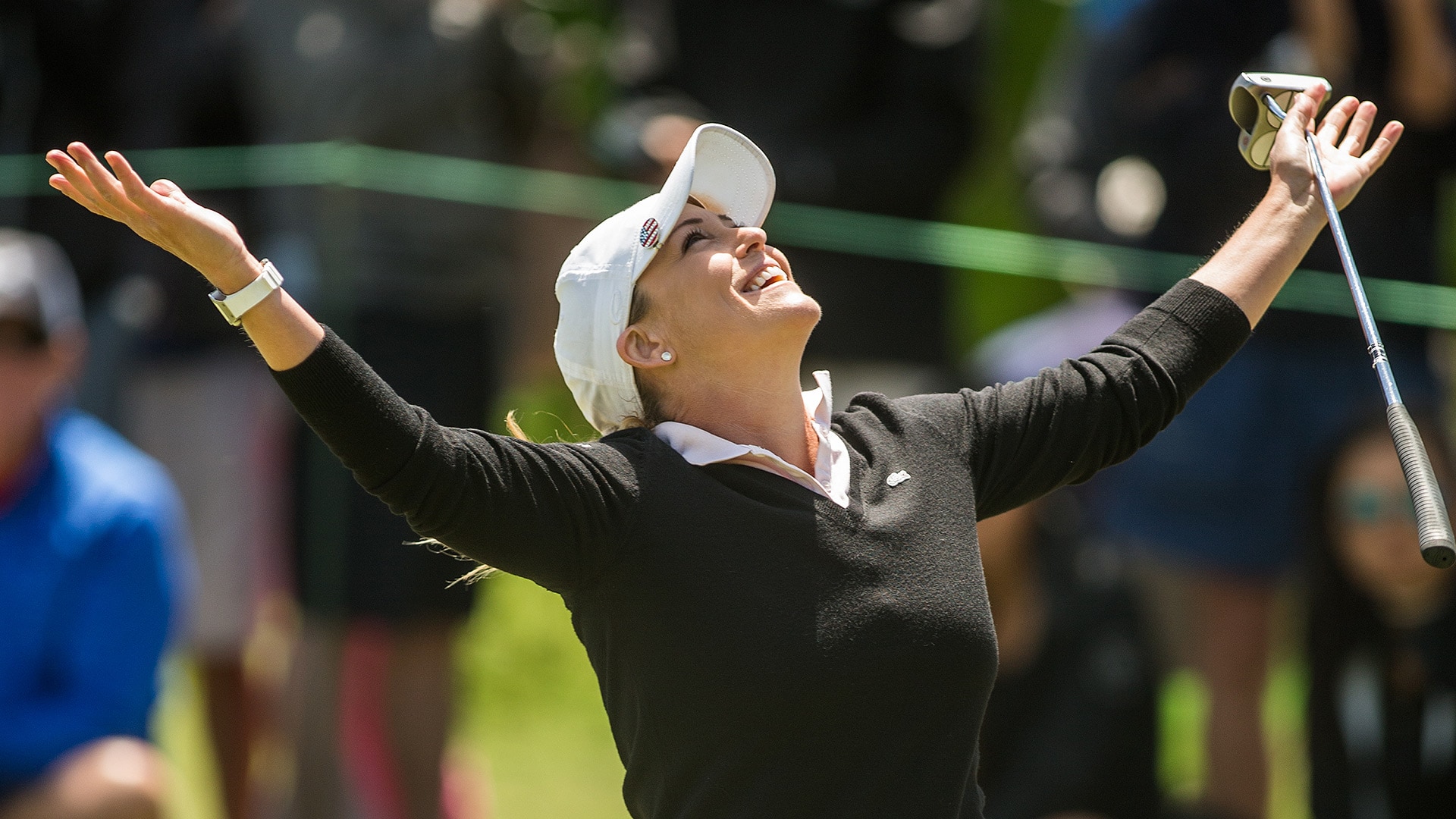 WILLIAMSBURG, Va. – Good feelings washed over Cristie Kerr when she made that turn down Kingsmill Road arriving for this week’s LPGA event.

Kerr has won the Kingsmill Championship three times, more than anyone else, and she appears due to win it a fourth time. She won it in ’05, ’09 and ’13. If there’s a four-year cycle for her here, this could be another magical week.

What’s the secret to Kerr’s success at Kingsmill?

Kerr arrives in good form on a run of five consecutive top-10 finishes. She won the Lotte Championship last month and finished second in her next start at the Volunteers of America Texas Shootout, where she lost in a playoff to Haru Nomura.

“I'm training as hard as I ever did,” Kerr said. “I really enjoy it now. Those nagging little injuries that I've had are starting to go away.”

Kerr became a mother at the end of 2013. There was a transition with new responsibilities, and then there was an injury at the end of last year, requiring off-season knee surgery. She wondered about her future with a cyst bursting in her knee after surgery, causing complications.

“I knew I could be competitive, but getting back in the winner's circle, and being consistently up there every week, something had to give,” Kerr said. “I wasn't working hard enough the last couple years on my fitness.”

Kerr’s Lotte victory was the 19th of her career, giving her 21 LPGA Hall of Fame points, just six shy of qualifying.

Though she turns 40 in October, Kerr feels rejuvenated with a renewed commitment to fitness and a resurgent game.