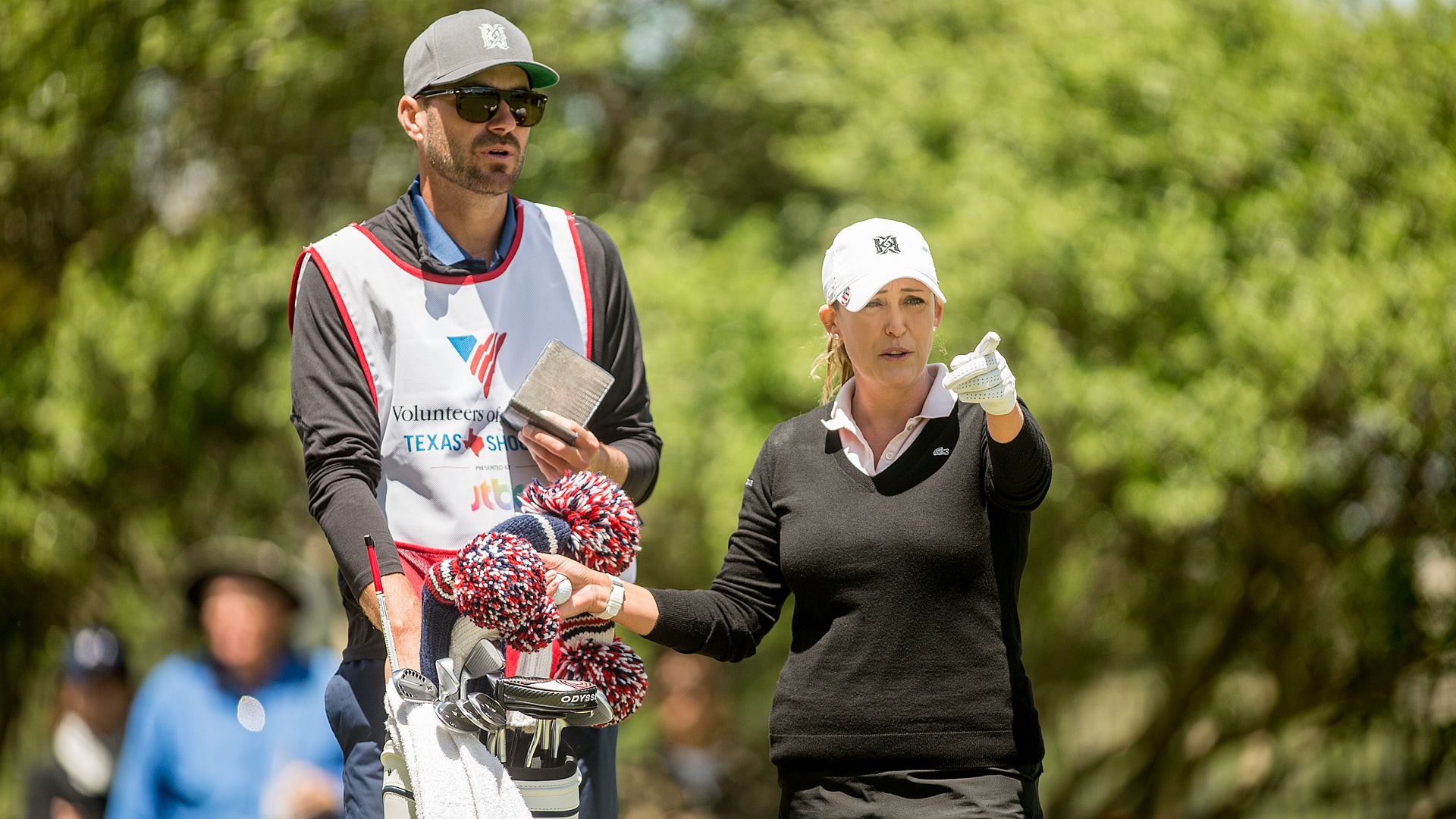 One day after losing a playoff at the Volunteers of America Texas Shootout, Cristie Kerr took to Twitter to apologize to fans for the glacial pace of the overtime session.

Kerr and Haru Nomura battled blustery conditions during a playoff where they took more than two hours to play the par-5 18th hole six times in a row. Nomura eventually won with a birdie on the sixth extra hole, denying Kerr a chance for her second win in as many starts.

Kerr's deliberate play was noted on multiple occasions by commentator Judy Rankin during the broadcast, but Kerr explained on social media that the difficult weather conditions slowed things down and that she wasn't the only player at fault:

Congrats to Haru Nomura for winning yesterday. We both played our hearts out!!!!! Hope people can understand why there was slow play #45MPH

Sorry everyone for the slow play yesterday the conditions were incredibly tough and that 18th hole is very difficult. Very tricky w 40mph

Thank you to all my fans out there I love you and I am always appreciate of of your support no matter what!!! #kerrnation