Key stats from Round 1 at St. Andrews 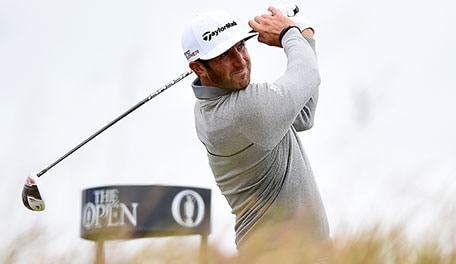 Dustin Johnson leads by one stroke after the opening round of the 2015 Open Championship at St. Andrews. Here are some key stats provided by Golf Channel's editorial research unit.

• Dustin Johnson: 7-under 65 ties lowest career round in any major

• Played first five holes of round in 4 under

• Finished runner-up at U.S. Open; leads after first round at St. Andrews

• Fifth straight opening round under par in a major

• Fifth straight round of par or better in Open Championship

• Combined 28 under par in major championships this year

• Best first round score in Open by player to win Masters and U.S. that year

• Combined 25 under over last four rounds of competition

• Zach Johnson: 6-under 66; third time in four years to begin The Open with 66 or lower

• Ninth straight round of par or better overall in competition

• Jason Day: 6-under 66; lowest career first round score in any major

• First career round in the 60s in The Open Championship

• Fourth straight major to open with round in the 60s

• Phil Mickelson: 2-under 70; Sixth time to begin Open Championship with round under par

• Worst score in an Open at St. Andrews as a professional

• Only birdie came on 14th hole

• Combined 21 over in last four rounds of major championship golf

• Opening round scoring average of 73.88 this year (one round under par)