Key stats from Round 2 at St. Andrews 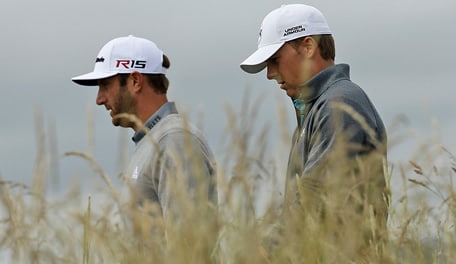 • Only two Open champions at St. Andrews were outside top-3 through 36 holes

• Only two Open champions at St. Andrews were more than four back through 36 holes

• Either Spieth or D. Johnson has led/co-led after every major round in 2015

• Each of last five Open Champions at St. Andrews held share of the 36-hole lead

• DJ has won all three of those tournaments (last: 2013 Tournament of Champions)

• Second-most three-putts in round in PGA Tour career

• Only two players since 1895 have won Open at St. Andrews when five back thru 36

• Danny Willett: 10th straight round of par or better at Old Course in competition

• Has played holes 1-5 in 5 under through two rounds

• 7 under over last 20 holes played (bogey-free during span)

• Made just one bogey through first 28 holes of tournament

• Has played holes 1-7 in 6 under through two rounds

• Third missed cut on PGA Tour this season (most of career)

• Projected to fall outside top-250 in OWGR next week

• Was four back after 36 holes in 2013 Open Championship win

• Two amateurs have made cut in both in the same season since 1960 (Woods, Mickelson)