Key stats from Round 3 at St. Andrews 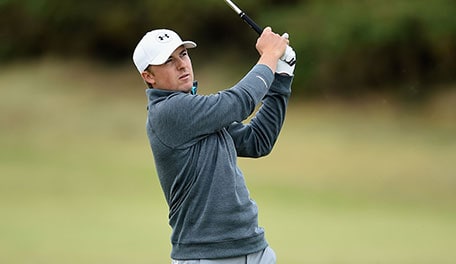 Louis Oosthuizen, Jason Day and amateur Paul Dunne share the lead at St. Andrews, but Jordan Spieth is only one back as he looks to win the third leg of the Grand Slam. Here are some key stats provided by Golf Channel's editorial research unit.

• Paul Dunne: 66, lowest round ever by amateur in an Open at St. Andrews

• Did not shoot round lower than 67 this season for UAB

• 28 under in last seven Open rounds at St. Andrews (12 better than anyone else)

• Sixth straight round under par in majors (last three at U.S. Open)

• Combined 23 under in last six rounds in major championships

• Four of seven career Open rounds at St. Andrews have been 67 or better

• Third player to lead after 54 holes twice in an Open at St. Andrews (modern era)

• Eighth player since World War II to lead after 54 of U.S. Open and the Open in same year

• Jordan Spieth: 66 in third round; was clubhouse leader at 11 under at time of completion

• Padraig Harrington: 65; lowest career round in a major championship

• Combined 10 under over last 24 holes of tournament (bogey-free)

• Dustin Johnson: 75; bogeyed each of last three holes in round