Khang shows she belongs with T-4 finish at Founders 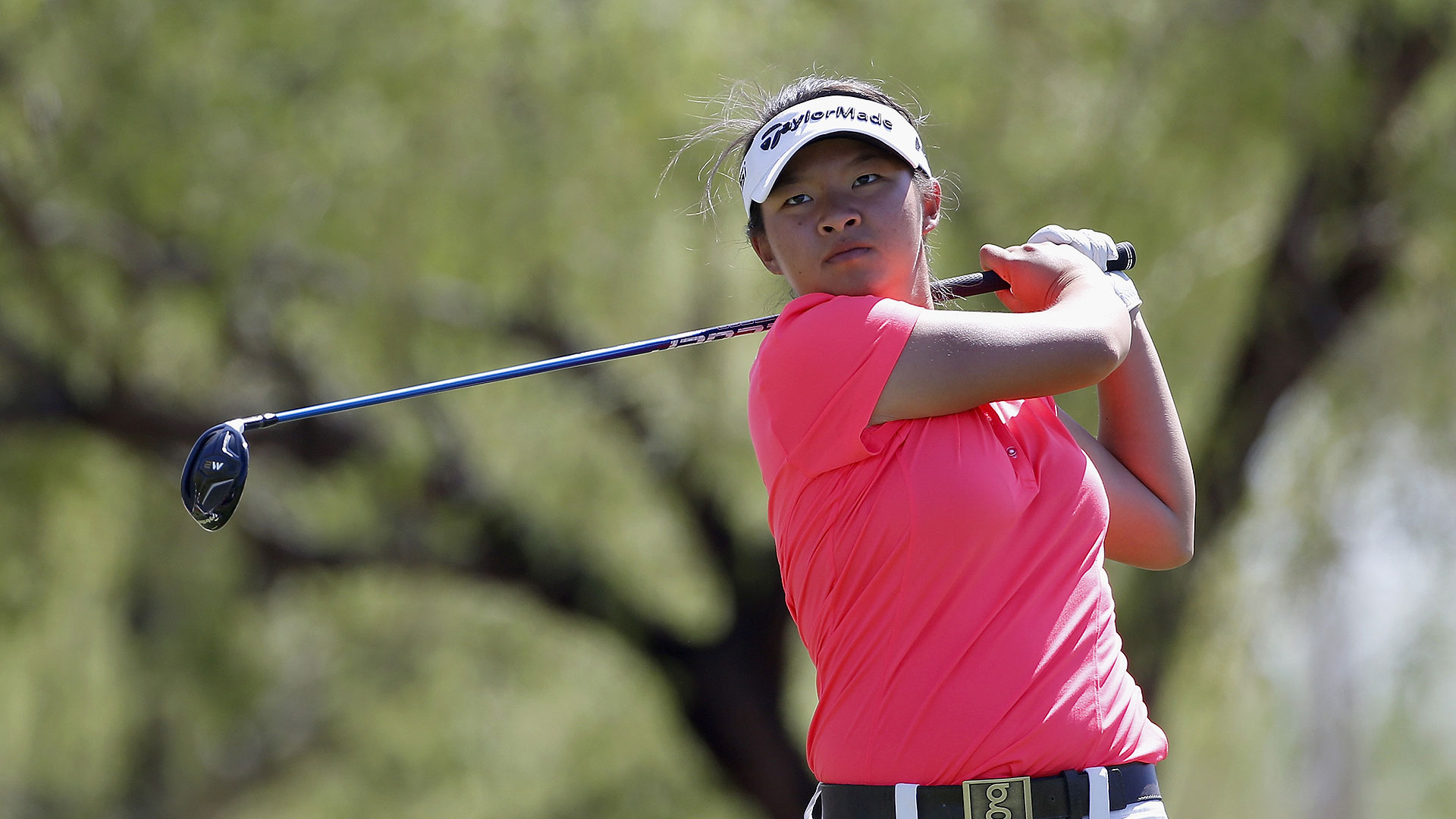 PHOENIX – Megan Khang broke out of the long shadows over her at the JTBC Founders Cup.

The 18-year-old LPGA rookie, the only child of a pair of refugees whose Hmong families fled their homes in the mountains of Laos to escape persecution 40 years ago, started the week as the obscure third member in a grouping with Michelle Wie and Cheyenne Woods.

The fans came out Thursday and Friday as much as they did to see Woods, the hometown favorite who is niece to Tiger Woods, as they were to see Wie.

When Khang played with emerging star Brooke Henderson in the third round, it was the same story again.

Nobody really knew who Khang was.

Tournament parking staffers didn’t know, either. They towed Megan’s father’s rental car out of the player parking lot while Megan was out playing in the first round, believing the car didn’t belong there.

By Sunday’s end, Khang showed she belonged with her name hanging prominently on the leaderboard.

With four rounds in the 60s, Khang finished tied for fourth along with Henderson, Stacy Lewis, Paula Creamer and Eun-Hee Ji. At one time early in the round, Khang was within a shot of the lead, before Sei Young Kim pulled away with a record-tying effort.

“It's been an amazing week,” Khang said. “I went from being a rookie that not many people knew about, to walking the fairways hearing people say `Go Megan.’ I was in shock, going, `Oh, me. That's me.’ It’s definitely exciting, and I look forward to the rest of the year.”

Khang, from Rockland, Mass., turned pro late last year and earned LPGA membership through Q-School in December. She didn’t play many American Junior Golf Association events growing up because her family couldn’t afford the travel. She made a name for herself in the Northeast, taking advantage of the big events played there and the national events she played her way into or received special invitations for.

“I don’t really think about the money when I’m playing,” Khang said after. “I was focused on trying to win or finish top 10.”

That’s the way her father/caddie wants it.

“Like I’ve told her, focus on doing your best and the money will come,” Lee Khang said.

Megan has shown a lot in her three starts. She tied for 11th at the Pure Silk Bahamas Classic in her rookie debut.

“It’s given me a lot of confidence, knowing I can compete,” Megan said.