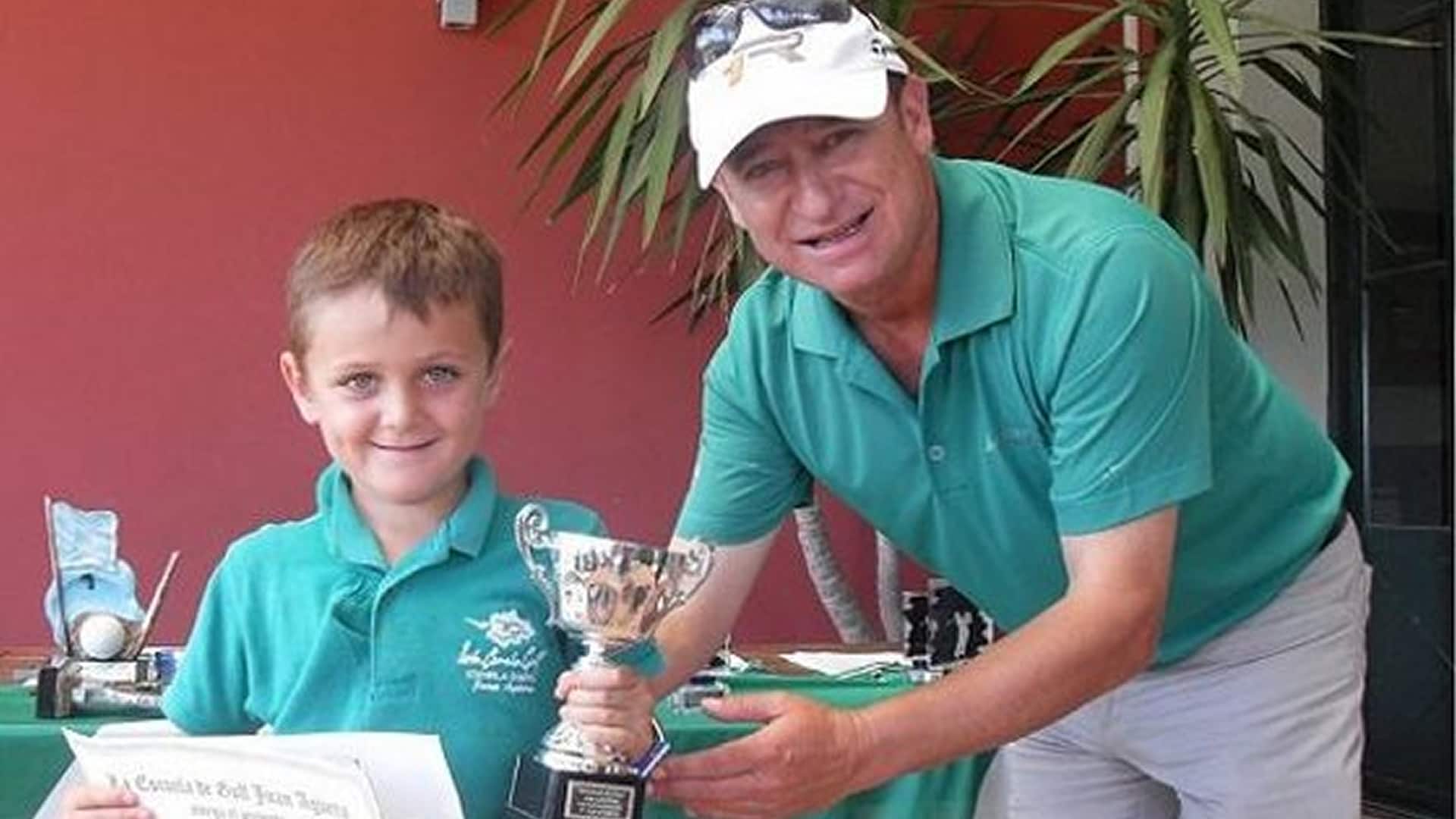 A 7-year-old in Spain returned a trophy after realizing he had made a scorecard error.

Yago Horno Mateo, from Andalusia, recently won a golf tournament, posting a score of 50. But when he got home, Yago realized that he had actually shot 51.

Instead of keeping quiet and keeping his trophy, he wrote a letter to the Royal Andalusia Golf Federation. In it, he said that his father had told him signing for a lower score is grounds for disqualification and that he wanted the trophy to "be given to the player who deserves it."

Here's a look at the letter: 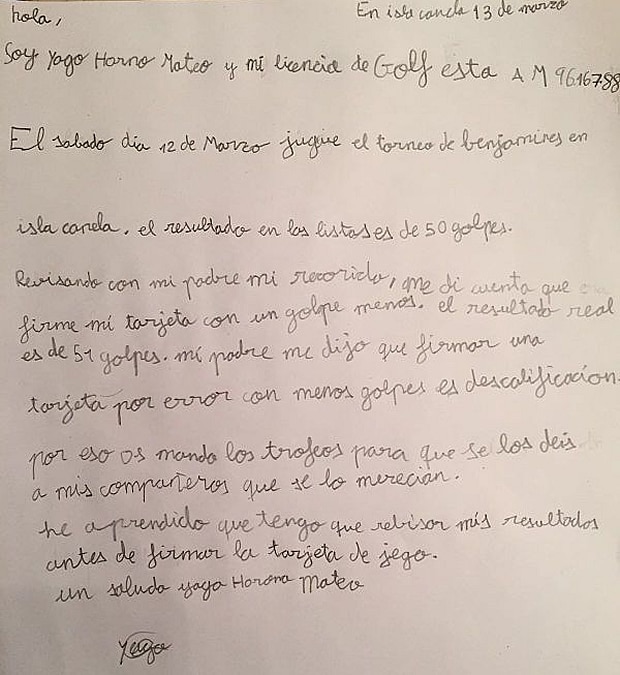