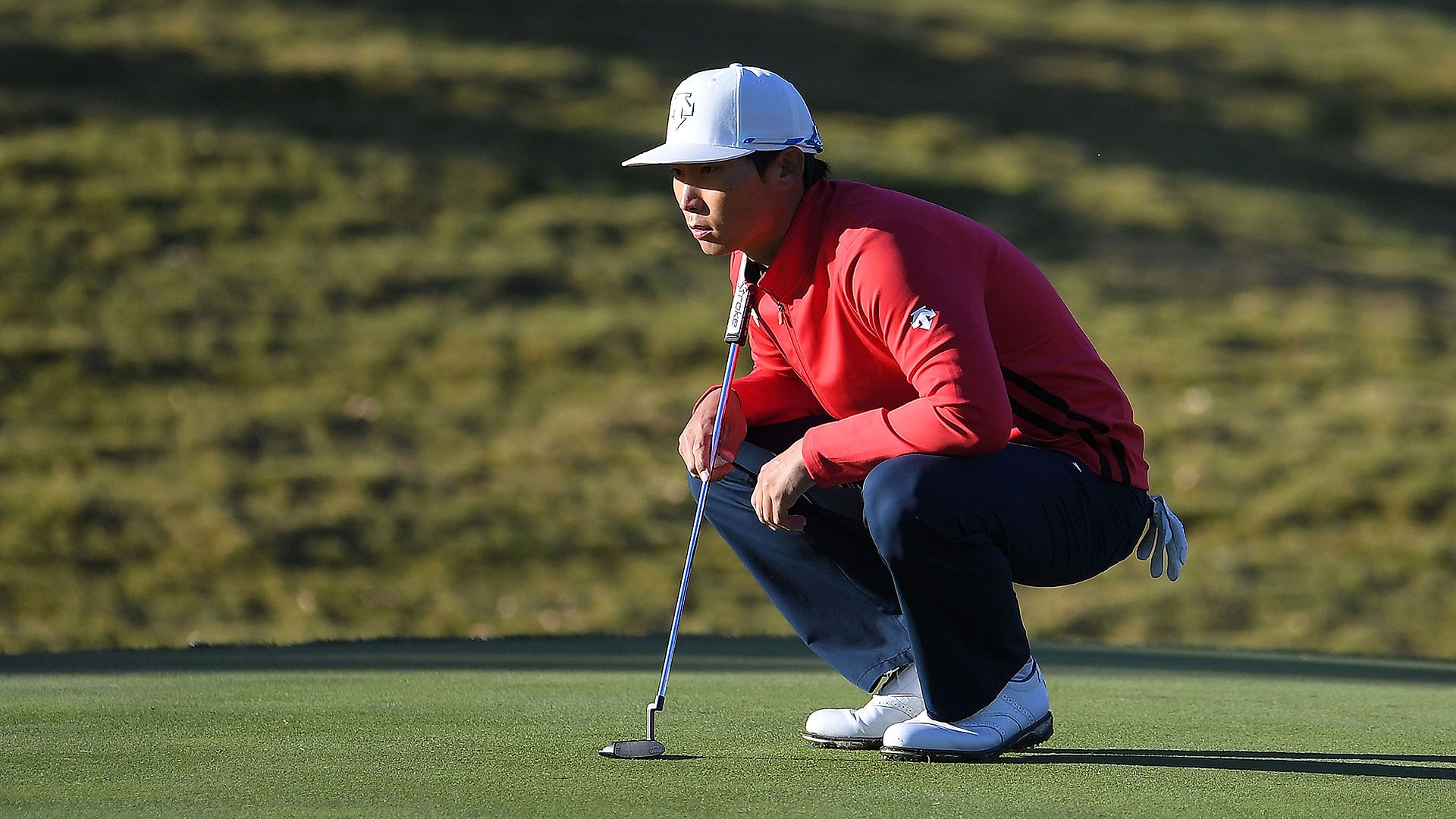 The PGA Tour returns to the U.S. this week for the first time in four weeks, and Whee Kim has topped the early leaderboard at TPC Summerlin. Here's how things look on the first day of the Shriners Hospitals for Children Open, where darkness halted play with Kim in front as he looks for his maiden win:

What it means: Kim was a runner-up earlier this year at the FedEx St. Jude Classic, and he finished fourth two weeks ago at the CJ Cup in his native South Korea. He's once again in contention after opening with a bogey-free 65, while former Tour winners Cejka and Huh headline the group in closest pursuit. Stanger will have a few holes left to catch Kim when play resumes at 7:30 a.m. PT, including the par-5 ninth which is playing as the easiest hole on the course.

Round of the day: Kim started on the back nine, and with birdies on Nos. 16 and 18 he made the turn in 3 under. He added three more circles on his inward half, including a 7-foot make on his final hole to cap a round in which he picked up more than three strokes against the field on the greens.

Best of the rest: Huh won Rookie of the Year honors in 2012 thanks in part to his win at the OHL Classic at Mayakoba, and he got off to a strong start with a 5-under 66. Huh was actually 1 over through five holes before the putts started falling, as he closed with a flurry that included four birdies over his final six holes on Nos. 4-9.

Biggest disappointment: Patrick Rodgers has notched solid finishes in each of his first three starts this fall, but that streak is in jeopardy after an opening-round 76. The former Stanford standout couldn't get anything going, playing his first 10 holes in 3 over and sandwiching his lone birdie of the day in between three bogeys in a four-hole stretch.

Main storyline heading into Friday: Kim will start the day with a lead, but keep an eye on the group lurking at 4 under. It includes Kevin Chappell, Billy Horschel and Bryson DeChambeau, all winners on Tour this year, not to mention Patrick Cantlay in just his second start since the Tour Championship. Expect someone from that group to make a run in the second round.

Shot of the day: Stanger got his round off on the right foot with a holed wedge from 53 yards for eagle on the par-4 15th hole. Playing this week on a sponsor exemption, it helped him move within a shot of the lead on a day when he failed to drop a shot.

Quote of the day: "I made it a goal this year not to change the golf swing." - DeChambeau, who won the John Deere Classic in July and opened with a 4-under 67. 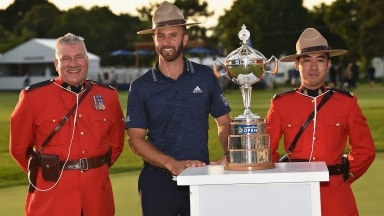 A week after his only missed cut of the season, Dustin Johnson returned to the winner's circle, capturing the RBC Canadian Open. 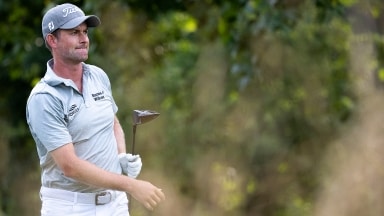 Webb Simpson shot a 9-under 61 for a one-stroke lead over Whee Kim after the first round of A Military Tribute at The Greenbrier on Thursday. 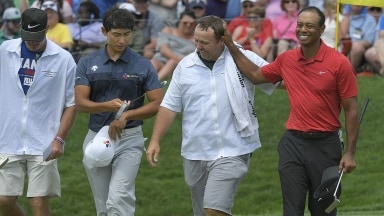 Kim so happy to play with 'super hero' Tiger