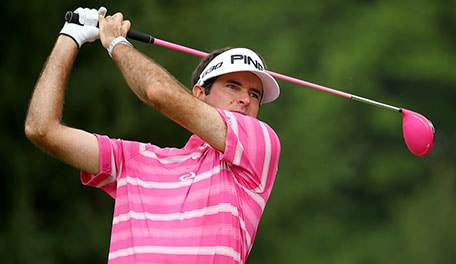 Each week on GolfChannel.com, we’ll take a detailed look at the players who pounded the farthest and fastest drives on the PGA Tour. Here are the five most important distance-related stats from the 2015 WGC-Bridgestone Invitational.

Surprisingly the longest drive of the week did not come from Bubba Watson or Dustin Johnson. The honor went to Wiesberger, who finished T-25 at Firestone.

Watson bashed his way around Akron and nearly came away with the trophy as he finished two strokes behind Shane Lowry. Dustin Johnson leads the Tour with a season average of 319 yards.

Coming off a missed cut at St. Andrews, Watson has now recorded back-to-back second-place finishes. He won earlier this season in China and at the Travelers.

Watson finished at the top of another category, but he still hasn't caught Charlie Beljan, who leads this season with 124.12 mph.

Watson nearly swept all of the categories this week, and he also leads this season in ball speed with an average of 184.57 mph.