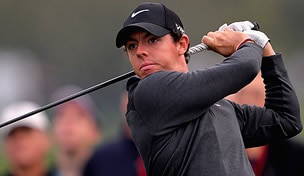 Each week on GolfChannel.com, we’ll take a detailed look at the players who pounded the farthest and fastest drives on the PGA Tour. Here are the five most important distance-related stats from the Honda Classic, won by Russell Henley:

His big blast came on the 508-yard 10th hole at PGA National in the third round. Boy Wonder had a two-shot lead heading into the final round of the Honda, but he shot a Sunday 74 and lost in a four-way playoff. The longest drive this season is Webb Simpson’s 397-yard bomb at Kapalua.

McIlroy also led this category for the first time this season. The leader of this category has performed well in each of the last three tournaments, finishing second or better.

Palmer lost in the playoff at the Honda and lead this category for the first time this season. The longest this season was Dustin Johnson’s 319.5-yard carry distance at Pebble Beach.

Making a rare start in the States, the former Florida State star topped this category for the first time. He tied for 33rd at the Honda. The fastest this season was Bubba Watson’s 124.11 mph clubhead speed at Riviera, where he won.

No surprise, Koepka also led this category at the Honda. The fastest this season is Bubba Watson’s 184.40 ball speed at Riviera.