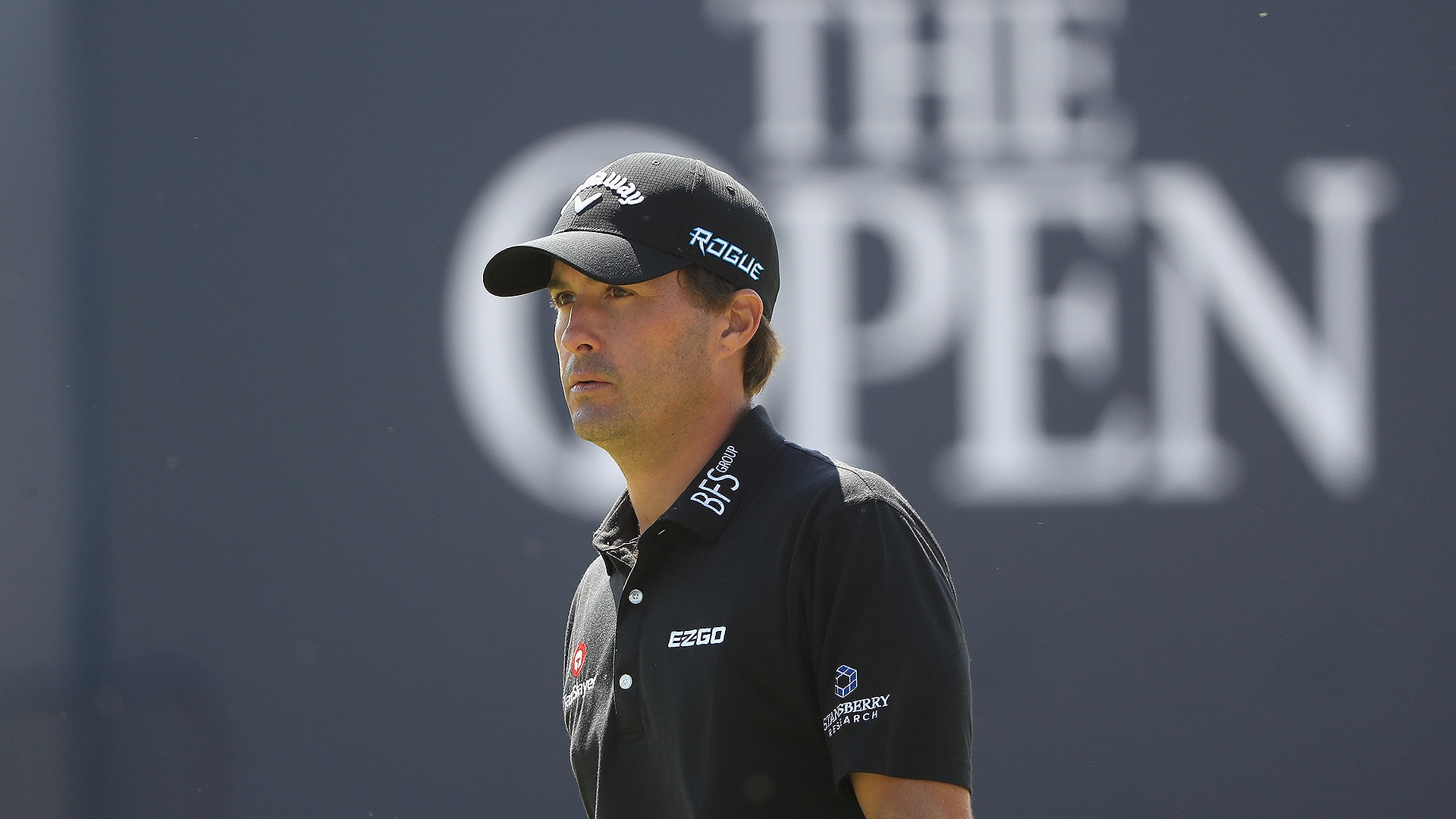 The course was playing firm and the winds never truly gusted, but it was still quite a mixed bag for some of the world's best during the first round of The Open at Carnoustie. Here's how things stand as Kevin Kisner moved into the lead in search of his first career major:

What it means: Van Rooyen took the early lead in one of the first groups of the morning, and he remained near the top despite a bogey on the final hole. But that left a small opening for Kisner to eke past him, as the American put together a round with as many bogeys as eagles (one apiece). Already with two wins on the PGA Tour and having challenged at the PGA Championship in August, Kisner tops a crowded leaderboard despite never finishing better than T-54 in three prior Open appearances.

Round of the day: Kisner started slowly, as a bogey on No. 5 dropped him to 1 over on the round. But that proved to be his lone dropped shot of the day, and he quickly rebounded with an eagle on the par-5 sixth. Kisner added four birdies over his final 11 holes, including three in a row from Nos. 13-15, and successfully navigated the difficult closing stretch to post the only 66 of the day on the par-71 layout.

Best of the rest: Van Rooyen held a four-shot lead heading into the final round of the Irish Open two weeks ago, but he fell apart at Ballyliffin as Russell Knox rallied for victory. He's off to another surprisingly strong start after a 4-under 67 that included only one bogey on No. 18. Van Rooyen has never won on the European Tour, let alone contended in a major, but he's now in the thick of it after five birdies over his first 15 holes.

Biggest disappointment: Two major champs were among the short list of pre-tournament contenders, but both Patrick Reed (4 over) and Dustin Johnson (5 over) appear to already be out of the mix. Reed has finished T-4 or better each of the last three majors but made only one birdie in his opener, while Johnson was the consensus betting favorite but played his last three holes in 4 over including a triple bogey on No. 18.

Main storyline heading into Friday: Kisner is no stranger to the top of the standings, but keep an eye on the chase pack a few shots back. The group at 2 under includes Justin Thomas, Rory McIlroy and Jon Rahm. Tiger Woods is just five shots off the pace after an even-par 71 that featured three birdies and three bogeys as Woods made his return to The Open for the first time since missing the cut at St. Andrews in 2015.

Shot of the day: Stone put his head on his hands after pulling his approach from the rough on No. 18, but his prayers were answered when his ball rattled off a fence, bounced back in bounds and rolled to the front of the green. One week after winning the Scottish Open with a final-round 60, Stone turned a likely double into a par to close out his 68.

Quote of the day: "I've been taped up and bandaged up, just that you were able to see this one. It's no big deal." - Woods, who had KT tape visible on both sides of his neck after a bad night of sleep.