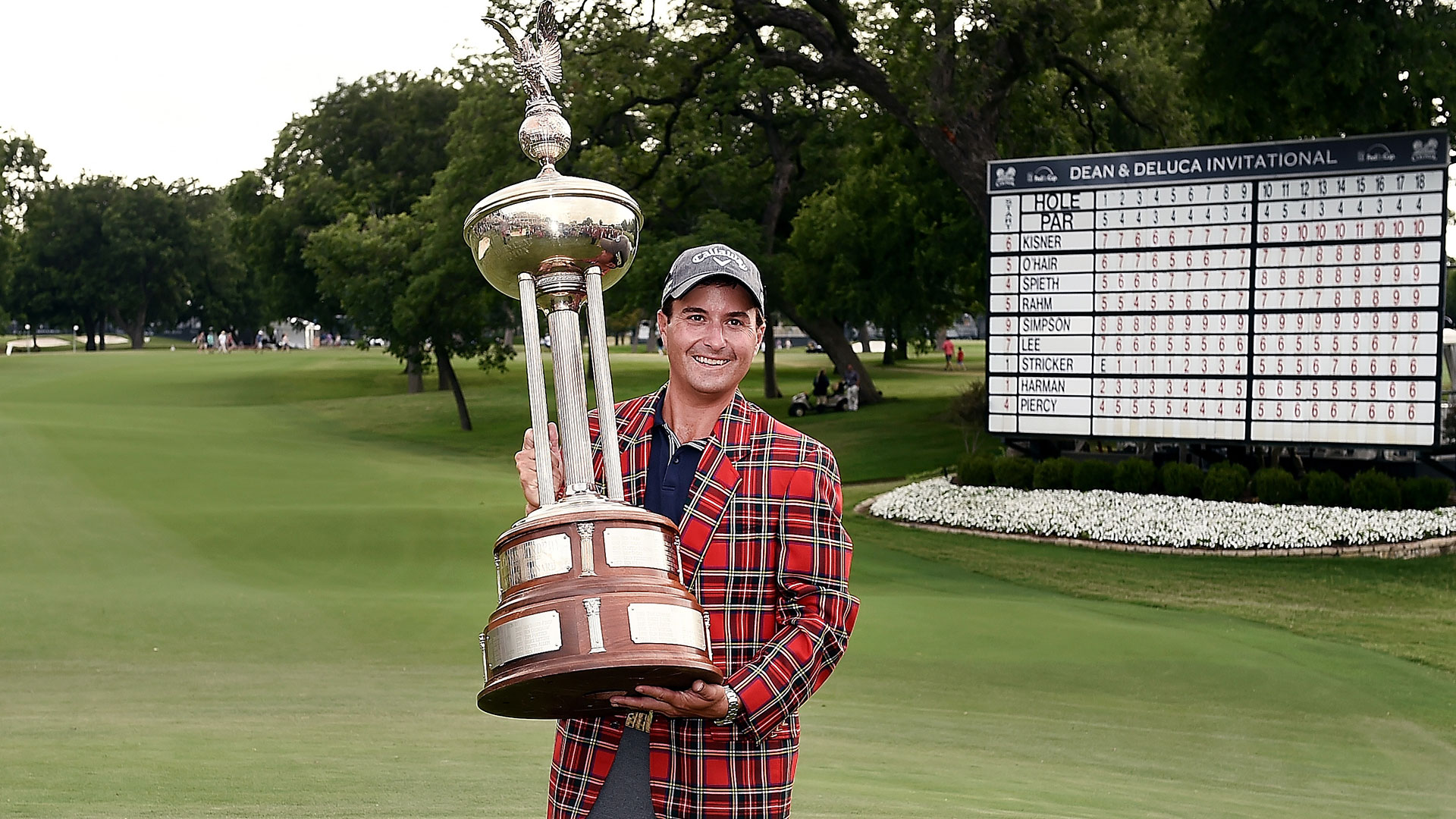 Kevin Kisner got up and down from over the back of the 18th green Sunday to save his par and win the Dean & DeLuca Invitational by one shot over Jordan Spieth, Sean O’Hair, and Jon Rahm. Here’s how Kisner took home the title at Colonial.

What it means: This is Kisner’s second Tour title following his breakthrough victory at the 2015 RSM Classic. The 33-year-old has been a runner-up six times in the past three seasons, including twice already this year. But on Sunday at Colonial, he managed to edge Spieth, O’Hair, Rahm and Simpson with a par save at the 72nd hole and a round of 4-under 66. Three back to start the day, Kisner made the turn in 1 under and added birdies at 10, 11, 12 and 15. He looked like he may be headed for yet another playoff when he bogeyed the 16th and Rahm, after a birdie at 17, had a putt to tie for the lead on the 18th green. But Rahm’s bid to tie went by the hole, and Kisner two-putted from off the green to get in the clubhouse at 10 under. Once Simpson’s third shot from the bunker at the 72nd hole didn’t go, Kisner celebrated his second Tour win. This is his fifth result of fourth place or better this season, with two previous seconds.

Round of the day: Steve Stricker jumped 26 spots into a tie for for sixth with the low round of the week, a 7-under 63. The Presidents Cup captain was 8 under through 14 holes before closing with a bogey and three pars. After his round, the 50-year-old said his focus Is on qualifying for the U.S. Open at Erin Hills. Stricker can get in via the Official World Golf Ranking if he can crack the top 60 by June 12, or if he can make it through a 36-hole sectional qualifier next week in Memphis.

Best of the rest: Spieth, Brian Harman, Brian Stuard, and Wesley Bryan turned in 5-under 65s. Spieth circled three of his first five holes and added two more birdies on the back to come up one shot short in his bid to defend his title. His last three finishes at Colonial look like this: T2-Win-T2.

Biggest disappointment: The final group of Simpson (71), Paul Casey (73) and Danny Lee (70) combined to shoot 4 over par Sunday. None of them broke par.

Shot of the day: Two behind Kisner with two to play, Rahm at the par-4 17th sliced this shot around and over a tree to set up an easy birdie-3 that pulled him within one of the lead:

.@JonRahmpga made the putt to get to 9-under. One to go! #DDI17 pic.twitter.com/swzYEUcFy2

Quote of the day: “I’m just honored to be the champion here. I’m excited to come back every year and see my name on that wall.” - Kisner