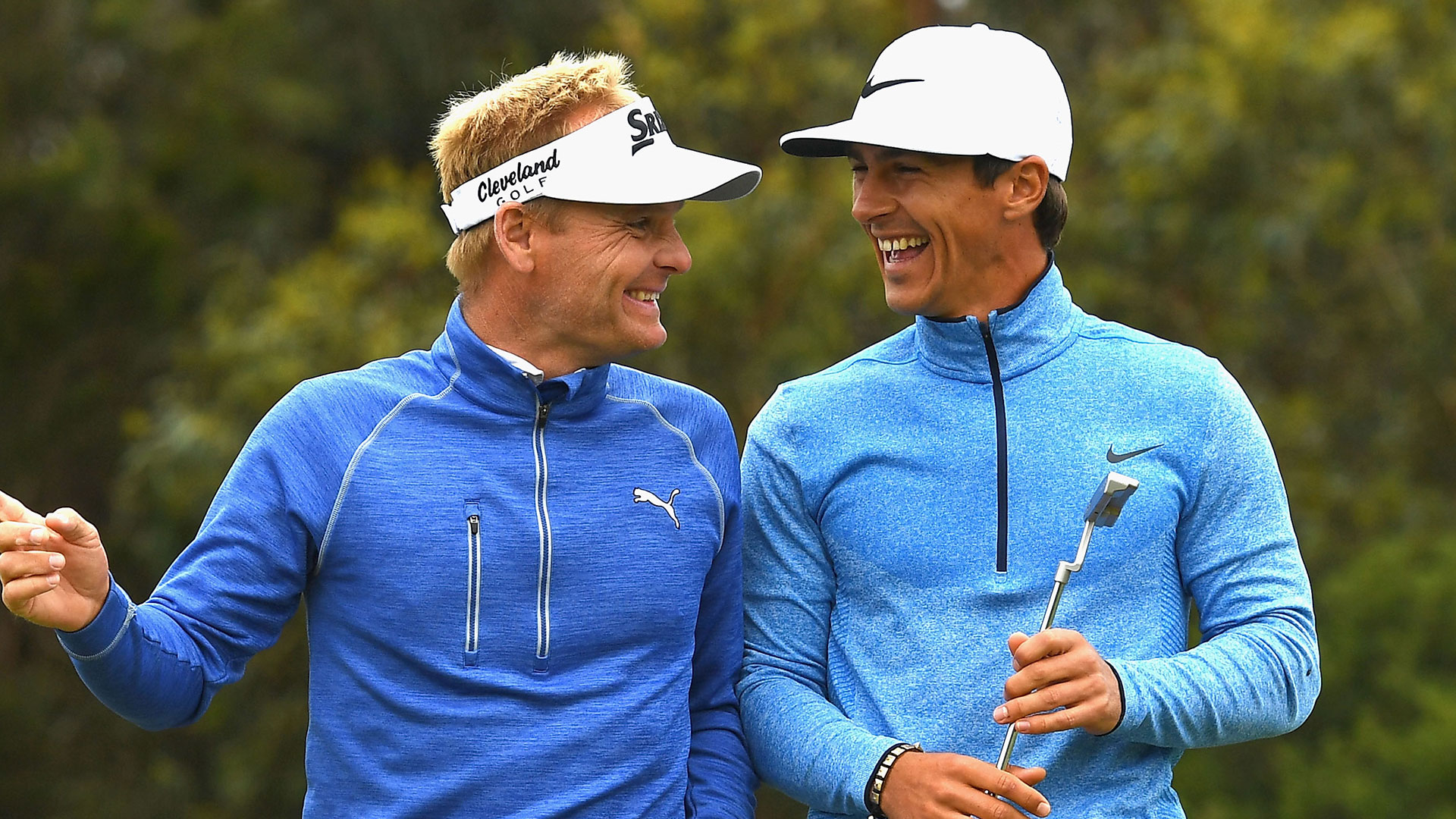 Thanks to a best-ball round of 12-under 60, Denmark’s Soren Kjeldsen and Thorbjorn Olesen will take a three-shot lead into the weekend at the ISPS Handa World Cup of Golf. Here’s where things stand after 36 holes at Kingston Heath:

What it means: Denmark is seeking its first World Cup win. The closest the Danes have come was a runner-up showing in 2001 from Thomas Bjorn and Soren Hansen, who lost out to South Africa’s Ernie Els and Retief Goosen and finished in a three-way tie for second with New Zealand’s Michael Campbell and David Smail and the United States’ Tiger Woods and David Duval. Olesen has already won once this month, taking the Turkish Airlines Open, and has previously won in Australia, at the 2014 ISPS Handa Perth International. At 26, he is 15 years Kjeldsen’s junior. Both players have four European Tour wins to their credit.

Round of the day: After an even-par 72 on Day 1, the Danes made two birdies and two eagles on the opening nine to go out in 29. They followed it up five straight birdies on Nos. 10-14 and one more at the home hole when Kjekdsen brushed in a 4-footer. Kjeldsen posted 68 on his own ball, with Olesen firing 65.

Best of the rest: New Zealand’s Danny Lee and Ryan Fox and the Netherlands’ Joost Luiten and Darius van Driel both moved up 12 spots into a tie for 10th at 5 under par with rounds of 8-under 64. The Dutch were bogey-free, while Lee and Fox made just one par on the front nine, going out in 31 with six birdies and two bogeys.

Biggest disappointment: The players' realization that he’ll have to return to the much tougher alternate-shot format on Saturday.

Shots of the day: Denmark’s two eagles. First, Kjeldsen’s hole-out at the third …

… and later Olesen’s chip-in at the eighth: