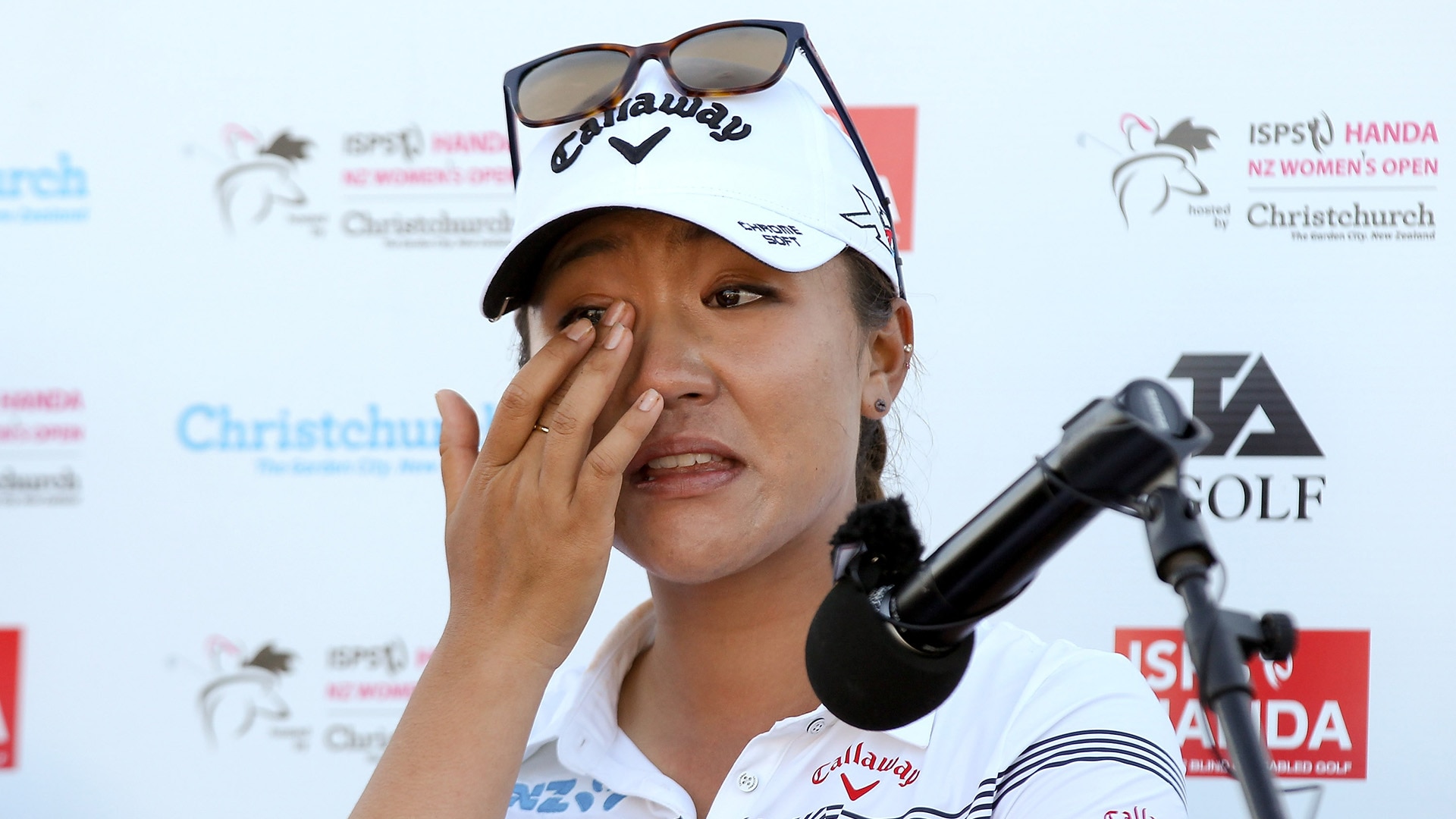 Lydia Ko was in tears Sunday winning the ISPS Handa New Zealand Women’s Open for the third time on a remarkable day that began with a 5.7 magnitude earthquake rattling Christchurch just 10 minutes before she was scheduled to tee off.

Ko, 18, the Rolex world No. 1, prevailed playing through what the Ladies European Tour reported were 52 aftershocks. Though the quake was described as “severe” by New Zealand seismology officials, no injuries or serious structural damage was reported in the immediate aftermath.

After winning, Ko got emotional thinking about the support New Zealand and its golf program has given her. She announced she will be donating her entire winnings to help New Zealand in some way

“It’s been a long week, a lot of emotion and a lot of people to share this amazing victory with, especially given how much New Zealand golf has been a support to me and my career,” Ko said.

Ko was on the practice putting green at Clearwater Golf Club Sunday when the earthquake struck. Its epicenter was reported to be 10 miles from the course. The final round went on without delay.

“It was interesting,” Ko said. “I’ve never been on a golf course where there is an earthquake.”

Ko won the New Zealand Women’s Open for the third time. It was her 15th worldwide victory.

“I have discussed this with my family and my team and this is something that we all want to do,” Ko said. “We will seriously think about the best way that we can use this money to help New Zealand.”

“To defend a tournament is one thing but to play well in your national open in front of so many people here makes it extra special,” Ko said. “It is a week to remember.”

Ko is on to the Women’s Australian Open to defend yet another title this coming week.