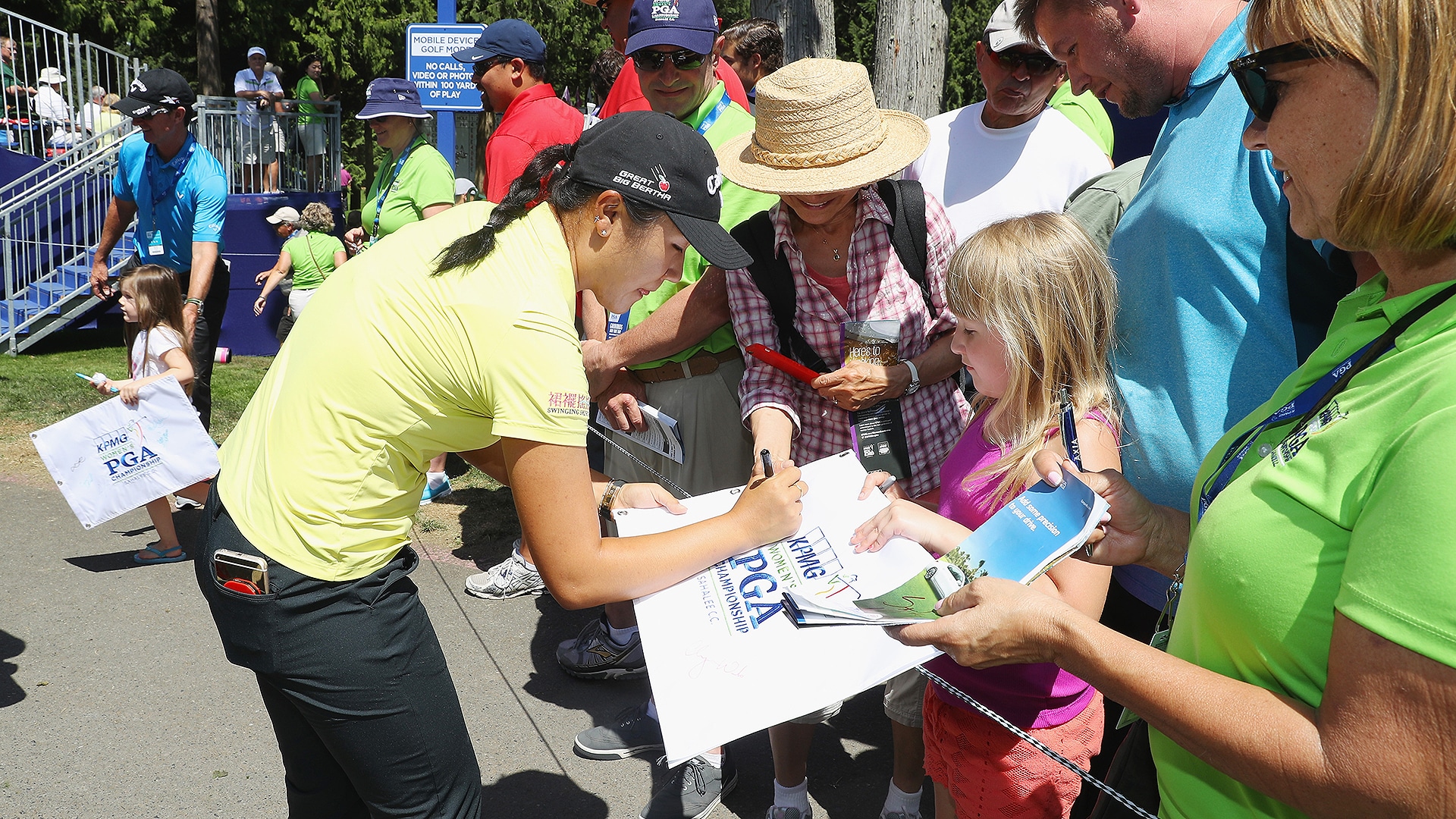 SAMMAMISH, Wash. – Rolex world No. 1 Lydia Ko won’t be focused on trying to win her third consecutive major championship when she tees it up in Thursday’s start of the KPMG Women’s PGA Championship.

Ko, 19, was good naturedly reminding the media that she didn’t even make the cut last year at the inaugural KPMG Women’s PGA Championship at Westchester Country Club. Her MC last year ended her perfect streak of made cuts in LPGA events. She had made 53 consecutive dating back to her first LPGA event as a 14-year-old amateur at the Women’s Australian Open.

When Ko won the Evian Championship last September to overtake Morgan Pressel as the youngest winner of a major, she said she felt a lot of pressure come off her. Ko won it at 18 years, four months and 20 days old.

Ko felt freer going into this year’s ANA Inspiration, the year’s first major. She won that with a clutch final wedge shot to a foot at the 72nd hole to set up a winning birdie.

This week, Ko has a chance to join Mickey Wright, Babe Zaharias, Pat Bradley and Inbee Park as the only women to win three or more consecutive majors in the history of the LPGA. Wright won four consecutive majors over the 1961 and ’62 seasons. Zaharias won all three majors played in 1950. Bradley won three in a row over the ’85 and ’86 seasons, and Park swept the first three in 2013.

“Like I said during the ANA, I'm going to think of it as just another event,” Ko said. “Obviously, it is one of the biggest events we play on our calendar. But I've just got to go out there and just play my own game, have fun . . . I think that's the key thing. When I think about it as, `Hey, this is a major, everyone wants to play well at a major,’ I think there's just too much pressure.’

Ko loves being in the Pacific Northwest. She said Sahalee reminds her of Vancouver Golf Club, where she won the Canadian Women’s Open as a 15-year-old, becoming the youngest winner of an LPGA title. Ko won there again last year.

“I don't know, something about the West Coast, I really love it,” said Ko, who has won four LPGA titles in California. “I would love to live on the West Coast later in my career. And maybe that's the thing that kind of brings it out. But, obviously, coming here and realizing that it's a lot like Vancouver, I think it gives me a confidence.”