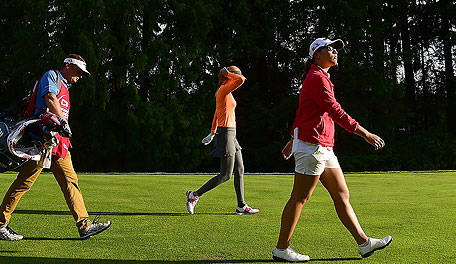 Lydia Ko picked up right where she left off in her return to Vancouver Golf Club.

With a 5-under-par 67 Thursday, Ko grabbed the early lead through the morning wave at the Canadian Pacific Women’s Open. She made her first start at Vancouver Golf Club since making history there at 15 becoming the youngest winner in LPGA annals.

“I just always feel very welcomed when I come to Canada,” said Ko, a Kiwi. “I feel Canada is quite like New Zealand. So, I love coming back here.”

Ko was born in South Korea and moved with her family to New Zealand when she was 6.

“When I was younger, we nearly moved here,” Ko said. “I could have been a Canadian.”

Ko won the Canadian Women’s Open in back-to-back years, also claiming the title as a 16-year-old at Royal Mayfair in Edmonton.