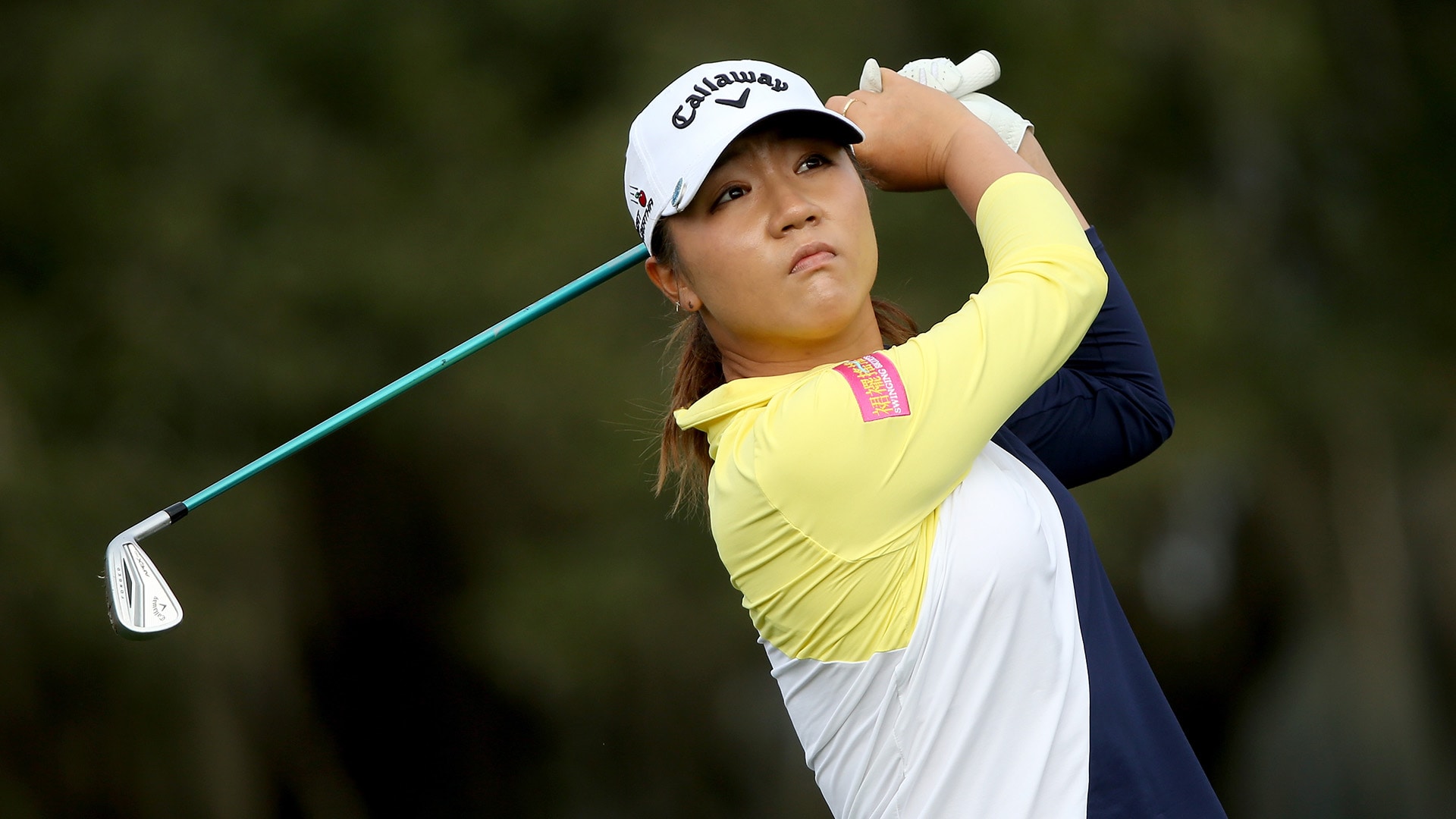 OCALA, Fla. – Lydia Ko didn’t take long to get back atop a leaderboard in her 2016 debut.

The Rolex world No. 1 used some stellar ball striking Thursday to move into a tie for the lead in the second round of the Coates Golf Championship, but her work isn’t done. Ko was lining up a 15-foot birdie putt for a chance to take sole possession of the lead at her 18th hole of the day when horns blew suspending play at 12:45 p.m. due to bad weather. Heavy rains ended up postponing play for the day.

Ko has a bogey free round of four birdies going at Golden Ocala, pulling her into a tie for the lead with Ha Na Jang at 7 under overall. Play was suspended before Jang could start the second round.

“I hit the ball really well today,” Ko said. “I struggled a little bit with my driver yesterday, but today I hit all the fairways. So, I was super happy with that.”

Ko hit 8 of 14 fairways in a bogey-free opening round of 69. She spent time on the range after the round working on her driver with her swing coach, David Leadbetter. Her ball striking was sharp Thursday. She hit a number of shots tight into flagsticks but missed short birdie chances at the ninth and 10th holes.

“I left a few putts out there where I did have good looks at birdies, but what can you do?” Ko said. “I’ve just got to be patient out there.”

Ko has waited a year for another chance at Golden Ocala. Last year, she took a one-shot lead to the 71st hole but shanked a shot in the woods there, made double bogey and ended up tying for second. She enjoyed a nice consolation prize, though. She earned enough Rolex Women’s World Ranking points to rise to No. 1, making her the youngest man or woman to rise to No. 1 in professional golf.

After her history-making year last season, Ko would relish a good start to this year. She has a pair of important title defenses coming up the next two weeks. She’s flying to her New Zealand homeland next week to defend her title at the New Zealand Women’s Open. After that, she’s off to defend again at the Women’s Australian Open. Ko became the youngest Rolex Player of the Year winner and youngest LPGA money title winner last year.

Hitting every fairway Thursday was especially meaningful to Ko. She said earlier in the week the thing she most wanted to improve upon was her driving accuracy.

“I think one of my big goals going into this year is trying to hit a few more fairways than last year,” Ko said. “We’ve been working on trying to get a little more consistent with the driver.”

Ko hit 74 percent of the fairways she looked at on tour last year, which ranked 43rd. She hit 79 percent the year before, ranking 19th.