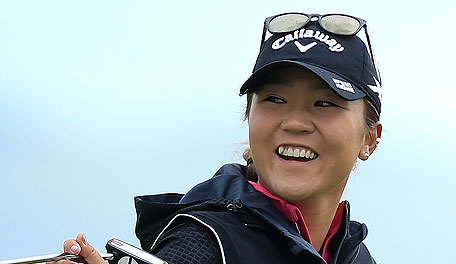 Lydia Ko returns to the site of her history-making victory at the Canadian Pacific Women’s Open three years ago.

The national open’s rotation brings it back this year to Vancouver Golf Club, where Ko became the youngest winner in LPGA history, claiming the title at 15 years, 4 months and 3 days old.

“It’s awesome to be back, but I do feel much older,” Ko said. “I saw one of the photos, and I looked totally different. So I'm showing signs of age.”

Ko successfully defended her Canadian Women’s Open title when she was 16 at Royal Mayfair in Edmonton. Ko is a fan favorite in Canada, and she’s an honorary member of Vancouver Golf Club.

“It was so nice of the golf club to do that,” she said. “I know Vancouver Golf Club is definitely one of the best golf courses in Canada.”

Ko said one of her favorite memories making history there was the encouragement Stacy Lewis showed playing alongside her late in the final round.

“After I made birdie on 16, I think Stacy said, `You can do it,’ or something along those lines, and that really gave me a boost,” Ko said. “For somebody that I think of as a role model to say that was such a great experience and was a very special moment for me.”