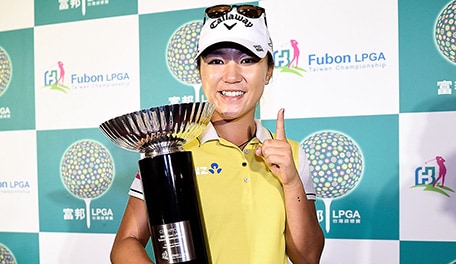 Lydia Ko had herself a nice little Sunday.

All she did was win her fifth LPGA title of the season, regain the No. 1 ranking from Inbee Park, and become the youngest player on any professional tour to reach 10 career wins.

Coming off a rookie season that featured three wins, including the season-ending CME Titleholders, Ko has even surprised herself with her unbelievable encore in 2015.

"After such a great year [in 2014], you kind of don't know what you're coming into the year after," Ko said after her nine-shot win Sunday in Taiwan. "But this year has been so awesome, so many great memories and so many things I've learned along that journey.

"To become world No. 1 during the season, it's been great. And to have won my first professional event as a professional here in Taiwan and then had my 10th LPGA win here, it's pretty cool. It's an exciting time."

This season has featured Ko and Park battling for No. 1 and the LPGA player of the year. Ko has the lead in the Race to the CME Globe with five wins to Park's four.

Ko became the youngest major champion in history with her win at the Evian. Park captured two more majors (the PGA and Open) to reach seven for her career.

They will meet next week in China as the five-event Asian Swing finishes up with the Blue Bay LPGA and then the Toto Japan Classic. The LPGA season concludes with the Lorena Ochoa Invitational and Ko's defense at the CME Group Tour Championship in Naples.

Despite battling for LPGA supremacy, Ko and Park are about the furthest thing from bitter rivals.

"I think she's nicer than me, first of all, and she's never going to give me any crap or talk behind my back," Ko said of Park.

And judging by the all the tweets from Ko's fellow pros after her win, they are not only impressed by how many titles she's won, but also about how she goes about ruling the women's game at such a young age.

Describe @LydiaKo ? She will tell U how pretty you are and mean it 100% while beating you up & down the golf course. Heart of gold champion 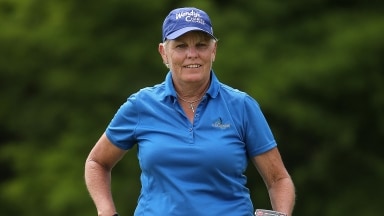 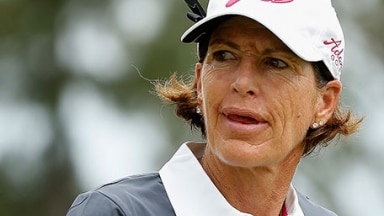