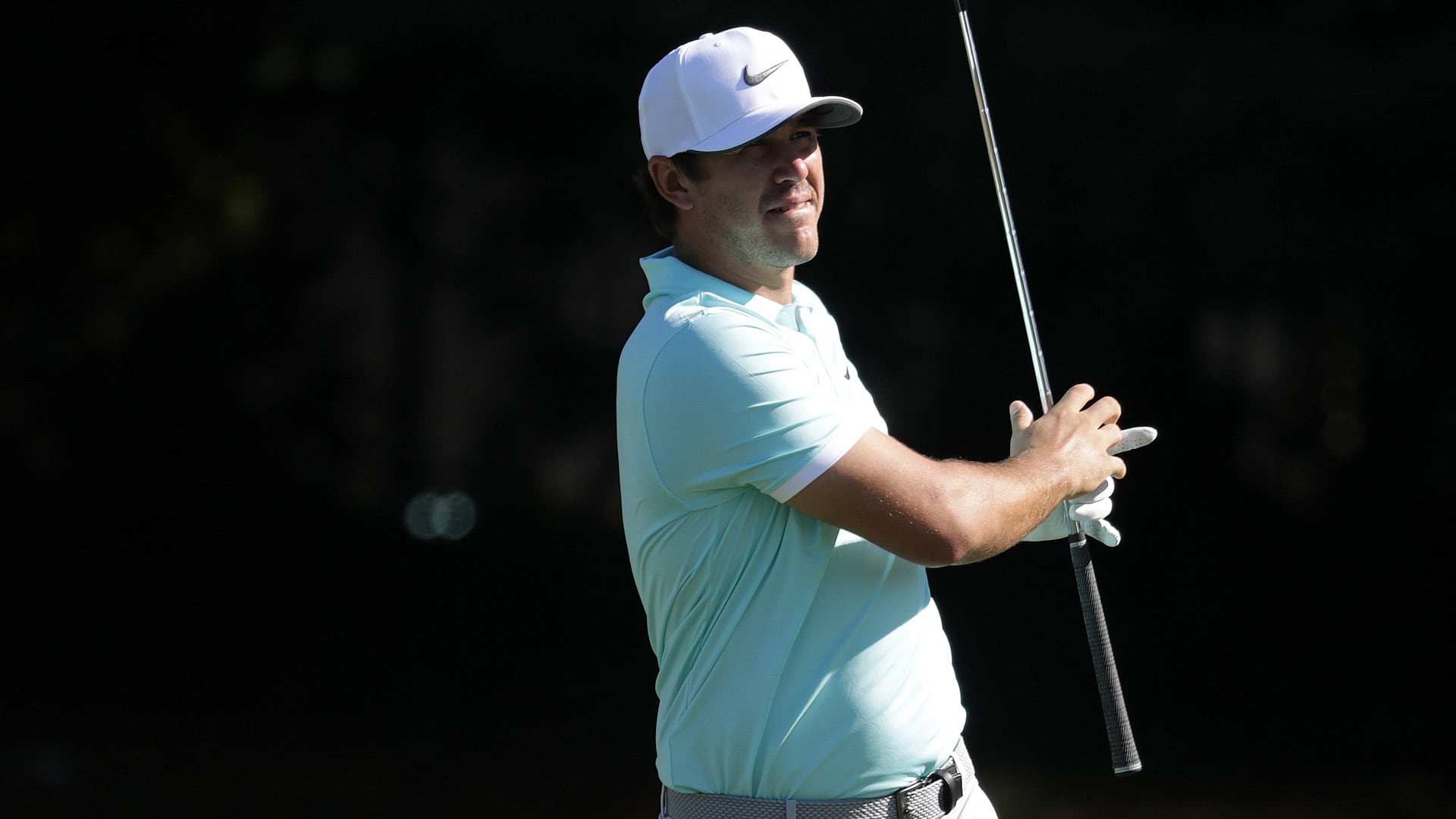 SPRINGFIELD, N.J. – Brooks Koepka hiked up his pants on Tuesday at Baltusrol to compare his ankles, the left appeared normal looking and healthy, the right ankle not so much.

Koepka has been recovering from a right-ankle injury since withdrawing from last month’s WGC-Bridgestone Invitational and had hoped by the time he arrived at the PGA Championship he’d be able to pick up what has otherwise been a solid season.

But as he prepared for the year’s final major he still wasn’t sure what to expect.

“I don’t know, we’ll see,” Koepka said. “It’s one of those things I can’t really drive off my right side.”

Koepka played four holes on Monday and nine on Tuesday, and admitted he’s not able to swing the club like he would like.

“Walking is what gets it really tired, but then on top of that there’s a little pain and swelling,” said Koepka, who has been undergoing rehab every day from 9 a.m. to 4 p.m. since the WGC-Bridgestone Invitational.

He also admitted that if this week’s stop wasn’t a major and he wasn’t clinging to a spot on this year’s U.S. Ryder Cup team he probably wouldn’t be playing this week.

“We are trying to figure out what we’re going to do as far as this week and expectations,” said Koepka, who has dropped from third on the U.S. points list the first week of July to ninth. “Obviously, the Ryder Cup is on my mind as well. I spoke with [U.S. Ryder Cup captain] Davis [Love III] a little bit, but I want to have a nice sit down conversation with him and figure everything out.”