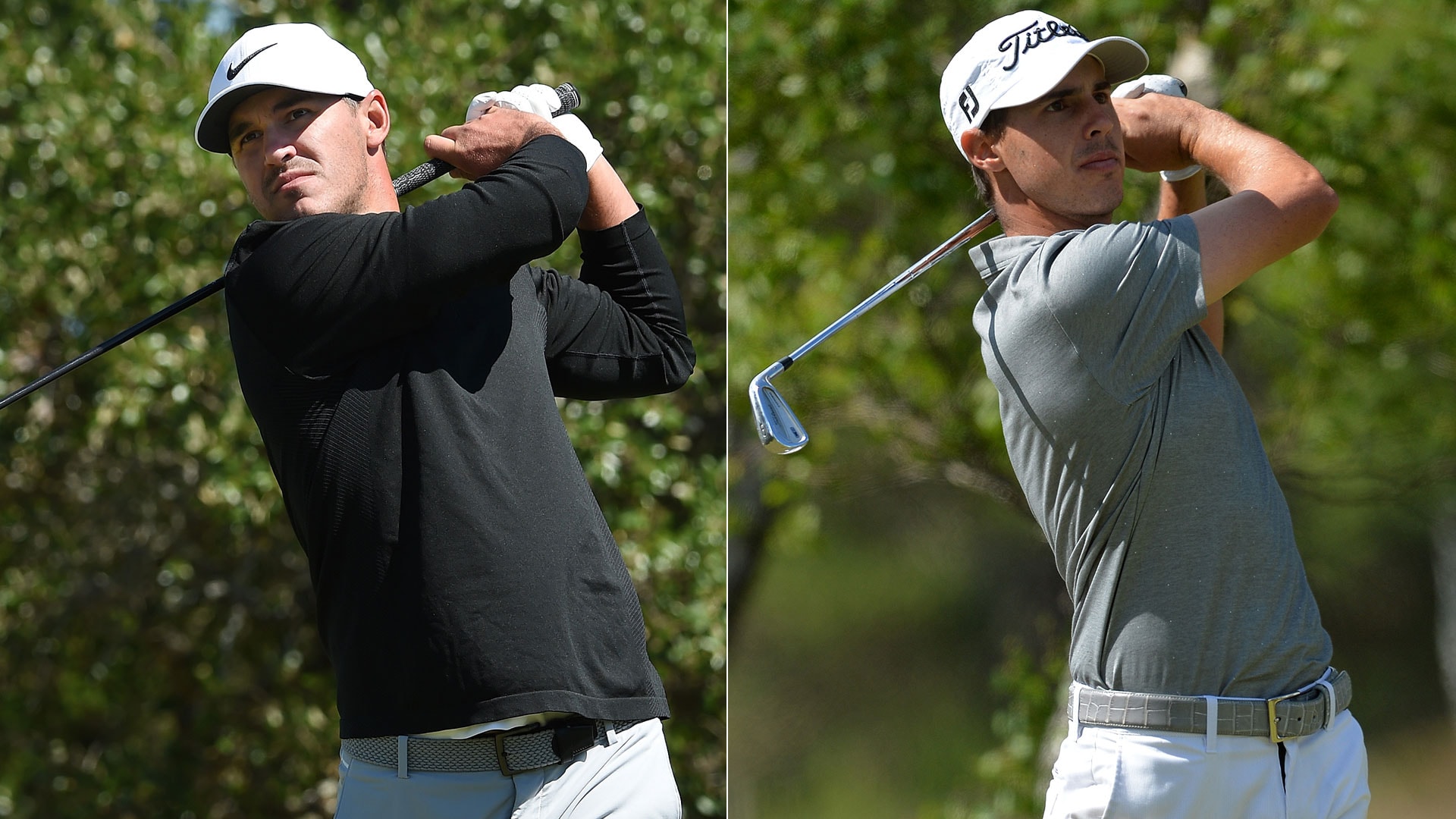 AVONDALE, La. – When the PGA Tour announced last fall that the Zurich Classic was transitioning into a two-man team event, Brooks Koepka seriously considered only one partner.

Brooks is a Tour winner and U.S. Ryder Cupper, but his 23-year-old brother is no slouch, either – Chase recently wrapped up a record-setting career at South Florida, where he was the program’s all-time wins leader, and secured status on the European Challenge Tour for this season.

They’ll compete together Thursday in front of more than a dozen family and friends.

“I never dreamed of this scenario,” said the boys’ father, Bob. “Playing with his brother is every father’s dream.”

Brooks is 6 feet, 180 pounds and known as one of the biggest (and wildest) hitters on Tour.

Chase is 5-foot-8, 155 pounds and has to rely on his driving accuracy and wedge game.

Brooks bragged that his younger brother has actually gotten longer off the tee, pumping tee shots nearly 300 yards and keeping up with the big-hitting group Tuesday that included Bubba Watson and J.B. Holmes.

“He still hits it pretty far for his size,” Brooks said.

Brooks joked last week that he and Chase could either have an awesome experience at Zurich or want to kill each other by the second hole. Fortunately, he wasn’t speaking from personal experience.

“I just know the first shot he’s behind a tree, I’m going to feel really bad,” Brooks said. “He’s been in fairways, he’s used to putting it right next to the hole and making some putts, whereas we have been known to spray it a little bit off the tee.

“It will be interesting. It will be fun. It’s something I’m looking forward to. I don’t think we’re going to have a problem. It’s just more of a brotherly love kind of thing, I guess.”

Said Chase: “We know each other’s games so well that it will actually suit us pretty well, I think.”

The Koepkas played nine holes Tuesday to sort out strategy. Though they live together in Tequesta, Fla., the brothers have different travel schedules and end up practicing together more than they play. Brooks said that he and his brother have played in the same tournament only once, at a U.S. Amateur qualifier.

“I think we can win this thing,” Brooks said. “I wouldn’t be surprised at all come Sunday if we’re right there.”